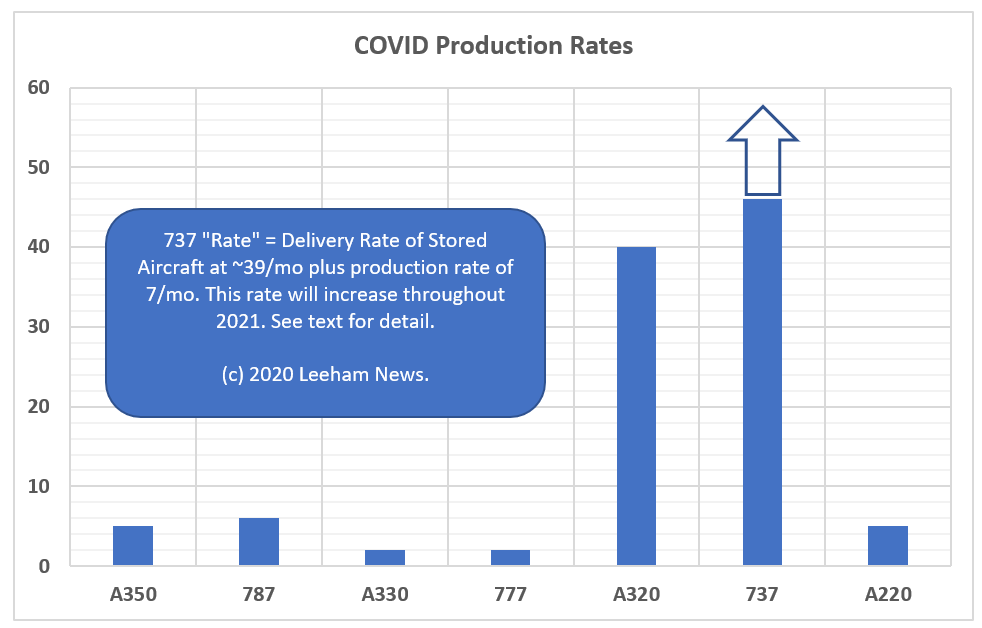 Boeing will drop rates for the 787 and 777 to six and two/mo from the previously announced 7 and 3/mo.

The 737 is muddled. Boeing will slow the ramp to 31/mo in 2022. The 450-470 stored 737s (the number varies depending on who is talking) must be delivered on top of the initial low-rate production. Based on information, the 737 is currently being produced at a rate of about 7/mo. Boeing expects to increase the production rate gradually in 2021.

Boeing said it hopes to deliver the inventory within about a year. This equates to about 39/mo with 470 stored aircraft. This seems optimistic. Some of the storied aircraft are now white tails following canceled orders and the collapse of some airlines.

← Airbus 1H2020; “We have reached the right production level for the pandemic”
Bjorn’s Corner: The challenges of Hydrogen. Part 2. Ecosystem. →