Market intelligence indicates Boeing could receive an order for up to 30 777Xs and 777-200LRF freighters, heavily weighted to the X. Up to 50 orders could be received for the 787.

No new orders are expected now for the 737 MAX. China’s regulator, the CAAC, has not said when it will recertify the MAX. China’s airlines operated almost 100 MAXes—more than any other country—when CAAC became the first to ground the airplane following two fatal crashes.

With Trump’s defeat, many expect a thaw in relations between the US and China to begin under the Biden Administration. Once electors vote for Biden Dec. 14, Boeing, the market indicates, hopes for an order from China before the end of the year.

It’s unclear if or how Biden’s election may affect the recertification of the MAX. China wants FAA cooperation in certifying the COMAC C919. A bilateral agreement, like that with EASA, may be the quid pro quo, but this is speculation.

Boeing has a team in China working with authorities to achieve recertification.

Here is LNA’s monthly update of bankruptcies and restructurings driven in large part by COVID. Norwegian’s bankruptcy is the latest addition. 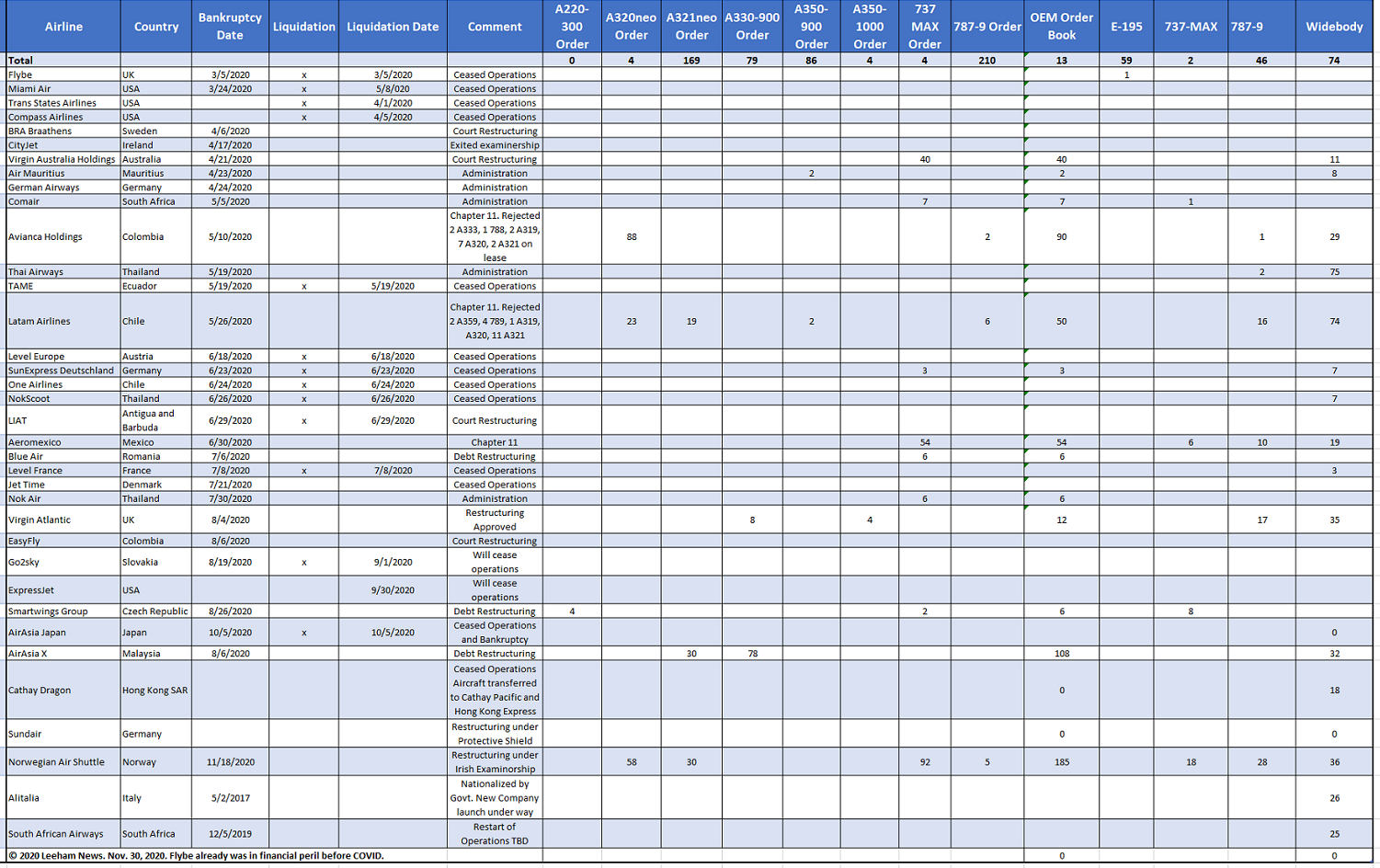 ← Pontifications: The risk of closing China to aerospace suppliers
Restoring operations of the 737 MAX →