This is what Boeing needs to do. But there were conflicting signals from the 2020 annual shareholders meeting held April 20 via virtual webcast and dial-in participation.

“We want to get back to a dividend policy. I can’t give you a date and we need a return in our commercial aviation department to support that.” So said David Calhoun, CEO.

Yet Calhoun was circumspect about a new airplane program.

When asked about developing a new airplane, Calhoun said—as he has before—that Boeing’s current research and development focus is on refining engineering modeling and production methods. These will be the “real differentiators” for the next new airplane.

Dividends. Stock buybacks. Shareholder value. This has been the mantra since the 1997 McDonnell Douglas merger that, in retrospect, dramatically changed Boeing for the worse.

From 1998, the year after the merger was effective, through suspension of the share repurchases in 2020, Boeing spent $63.5bn. This is, at today’s costs, equivalent of about four widebody and 5-6 narrowbody programs. Dividends paid are in addition of this figure. 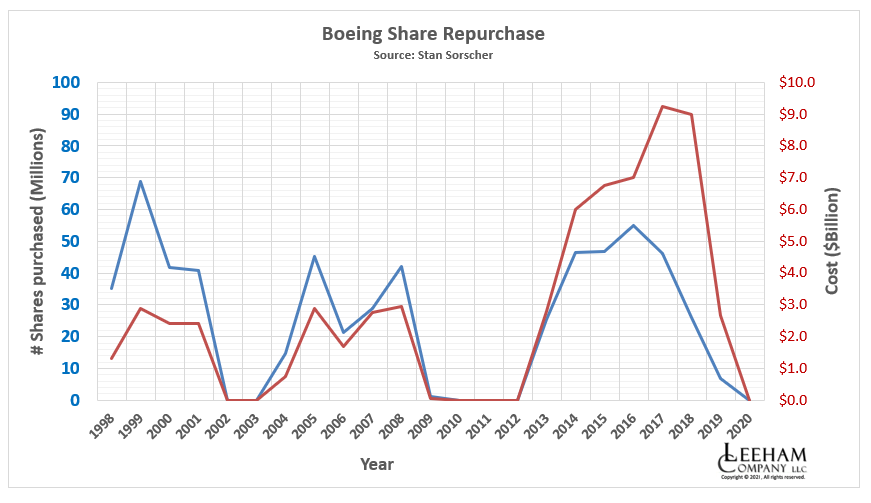 Nobody I know suggests that Boeing’s executives and Board of Directors not boost shareholder value via stock buybacks or dividend payouts. However, the Board had a policy of returning nearly 100% of free cash flow to shareholders. Certainly 50% of this could have gone to new airplane development.

There is a conundrum of launching a new or derivative airplane program, to be sure. But Boeing fiddled over the Middle of the Market Airplane from 2012, when a replacement for the 757 was first discussed, to January 2020, when Calhoun killed the New Midmarket Airplane.

In the meantime, Airbus took advantage of the weakness of the MAX 9 and later the MAX 10 lines by step-change improvements to the A321neo to develop the A321LR and A321XLR.

Boeing’s status quo is a spiral into oblivion

While Wall Street analysts fret about the dividend, shareholder value and profits (even before the MAX grounding and COVID pandemic), Boeing’s strategy of maintaining the status quo is a spiral into oblivion. 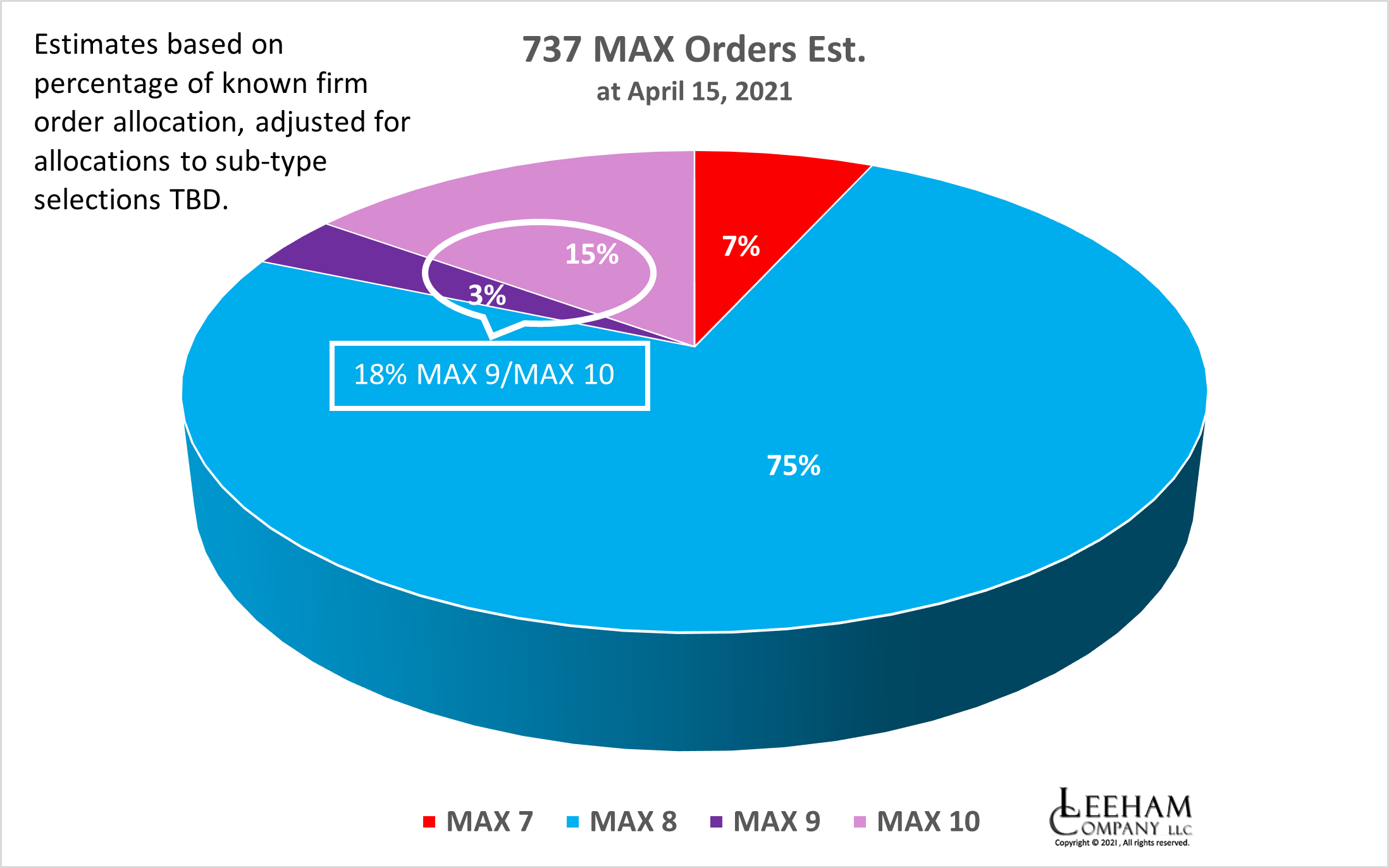 “We struggle to see how the business case for a new airplane closes favorably these days, especially when the eventual cannibalization of 737 profits is considered,” Melius Research wrote April 21, the day after the AGM.

“Any launch below 220 seats would cannibalize the MAX at a time when Boeing needs the cash from the MAX, especially since a new launch would likely cost more than $15bn,” Bernstein Research wrote in an April 22 note.

These are typical Wall Street views. Today’s profits at the cost of the future of the company. It’s the McDonnell Douglas approach of the 1990s. We know what happened to MDC as it fiddled while Airbus grew. By the time Boeing and MDC agreed in 1996 to merge, MDC was down to a pitiful 7% global market share.

I wrote in February: The Future is a New Airplane, Not Status Quo.

The MAX 9 and MAX 10 were the wrong airplanes when conceived and they are the wrong airplanes today. Period. Boeing doesn’t break out the MAX sub-type orders, but based on some known numbers and extrapolating them to variants TBD, LNA estimates the current sub-type market share. The conclusion is consistent with market data previously confirmed by Boeing shortly after the launch of the MAX 10 in 2017.

Wall Street analysts fret about the Next Boeing Airplane (NBA) (whatever it is, single- or twin-aisle) cannibalizing the MAX 9/10. The MAX 9 is now the proverbial pimple. The MAX 10 has an estimated 15% share of Boeing’s MAX backlog, but the airplane isn’t certified, it hasn’t begun flight testing and new certification requirements were imposed because of the Lion Air and Ethiopian crisis. Entry into service is now targeted for 2023.

LNA sees 2023 as the year Boeing must launch a new airplane program if it is to enter service by 2030. Some analysts suggest the next step change in aircraft development will be by 2035.

Well, yes and no.

Electrically-powered airplanes and hydrogen-fueled airplanes may well have real potential by then—but not necessarily on the missions for which the MAX 9/10, A321neo and NMA/NBA will serve. A fully sustainable aviation fuel approach by the 2030 decade for these airplanes is more likely. Boeing already plans to have 100% SAF-capable airplanes across the fleet by 2030. Airbus will match.

Boeing must balance shareholder value with product commitment and product strategy if it wants to stay as a member of the Duopoly. Otherwise, “McBoeing” is its future.

← “There’s light at the end of the tunnel, but the journey is just beginning.”
Etihad’s fleet simplification →