February 25, 2022, ©. Leeham News: This is a summary of the article Part 8P. Serial Hybrid, the deeper discussion.

We take an ES-19 type of battery aircraft and add a range extender to avoid the inadequate range we found in Part 6 and 6P.

Initially, it seems a good idea. We can use the benefits of the battery and then complement it with energy from the range extender. As you systematically work through the concept, the problems surface. 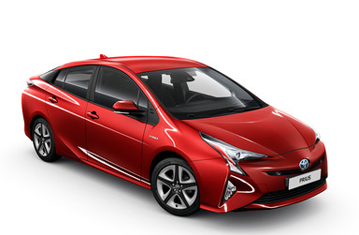 When battery-based projects add a “range extender” to fix the inadequate range and reserve problems we saw with the Alice and ES-19 in Part 6 and 6P, they create a Serial Hybrid. This configuration is harder to make work than it seems.

In the deeper discussion article, we build a 19 seater with a range extender using an ES-19 type of aircraft and compare it to the Beech 1900D, the most produced 19 seat Commuter.

The problem starts when we size the battery. We only have 1,118kg for fuel plus battery if we transport 19 passengers (the hybrid shaves of 450kg from this figure compared with a pure battery aircraft).

As we saw in Part 6 and 6P we need much more battery weight if we want to fly anywhere on battery before shunting in Turbogenerator power. So the idea of a “range extender” is moot, we haven’t even battery for the 45nm climb after takeoff.

The next idea is for a takeoff and climb top power assist to a Turbogenerator from battery stored energy, tanked from the electric grid before taxi. The combined electric power feeds the motors driving the propellers.

Our model tells us we need a 1,360kg battery if we want to assist a Turbogenerator sized for cruise. The battery assist gives us extra electrical power for our electric motors for takeoff and climb to cruise altitude. Once there, we could recharge the battery during cruise and descent. As we only have 1,118kg for battery and fuel, it doesn’t work.

Even if it did, we now have a single point of failure commuter (we rely on the Turbogenerator to recharge the battery for reserves), and it’s questionable if the market would accept such an aircraft. The single-engine Pilatus PC-12 and Cessna Caravan are only accepted as 9-seat Commuters because of 40 years of outstanding reliability from their Pratt and Whitney Canada PT6 engines. A new turbogenerator doesn’t have this pedigree.

Further, to recharge the battery on the short flights, the Turbogenerator now has to be at the same power level as the two PT6s for the Beech 1900D. Consequently, we are now at a lower useful load, and the fuel consumption is only marginally lower than for the 1900D.

When we add the cost for the grid electricity, the energy cost for the hybrid is about the same as for the commuter it shall replace.

In the end, we have a heavier, more complex, costly to maintain Commuter with a shorter range and less useful load, and with the same energy cost as a 40-year-old Beech 1900D. All projects that have ventured this path have skipped the idea for the above reasons.

Does a parallel hybrid change the above? This we check next week.