We could see the technology has true zero emissions, but the maturity of the many parts needed (hydrogen tank and fuel system, multi-MegaWatt class aeronautical fuel cells, motors, and controls) are not there. We are in the crawling before walk stage with sub-MegaWatt systems to make their first flights over the next years.

Another area claiming Green credentials is the VTOL space. Because these are based on electric technology, VTOLs are claimed as environmentally friendly and a good way to transport people.

We will analyze this industry and its claims of being an efficient, environmentally friendly way of transportation. 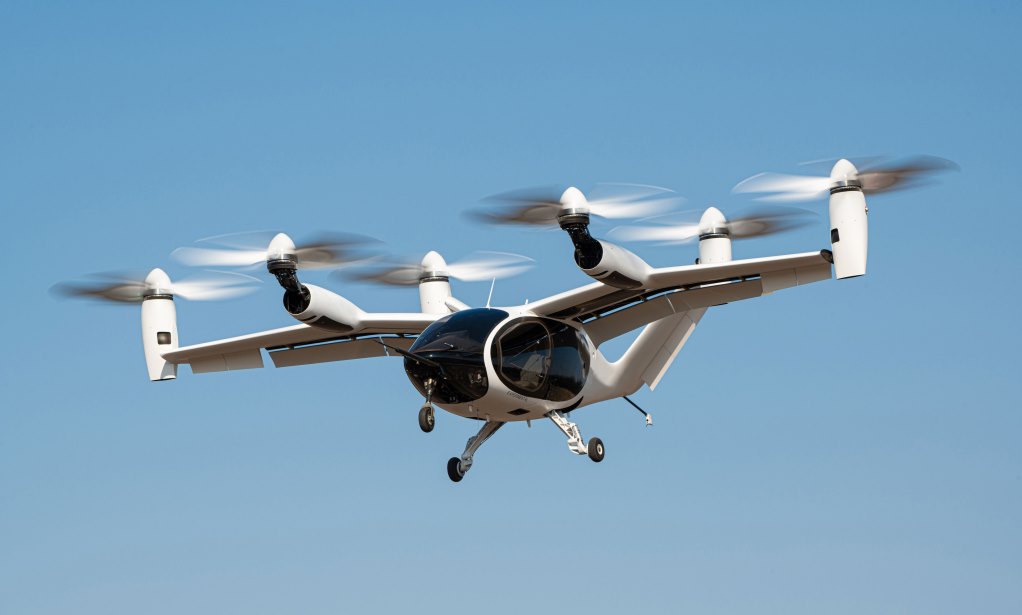 Are VTOLs part of Sustainable Aviation?

To understand whether VTOL is an intelligent way of getting us from A to B, we need to know how it operates and why it should be a better way for short air hops than helicopters or ground transports like cars or trains.

We look at the fundamentals of the technology behind these vehicles and how it affects their capabilities, performance, and environmental credentials.

What’s the difference between VTOL and a helicopter?

Helicopters have been transporting us in the same way as VTOLs since WW2. The big main rotor lifts the helicopter vertically, obliviating the need for a takeoff and landing strip. A parking slot the size of the helicopter rotor with some margin is all that’s needed.

The hovering flight of a helicopter is the easy part, just as it is for the VTOLs. That is not to say it’s easy; it’s technically just easier than flying forward.

Aircraft are, properly designed, stable (they don’t want to crash all the time), the helicopter is not. It requires constant corrective input from the pilot during hover, or it will slide out of control and crash.

To enable this control, the helicopter can vary the angle of the rotor blades as they rotate, Figure 2. 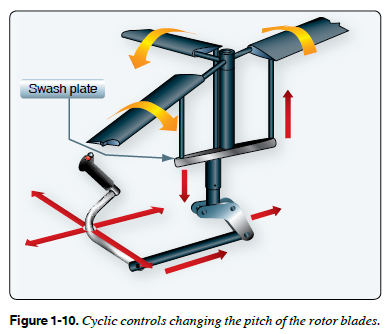 Figure 2. The principle for the main rotor pitch control from the Helicopter Flying Handbook. Source; FAA.

The graph in Figure 2 shows the principle for the pitch control of the main rotor blades. In reality, it’s even more complicated as the rotor head is free to tilt in any direction (within limits) to keep the rotor disc close to horizontal during flight. 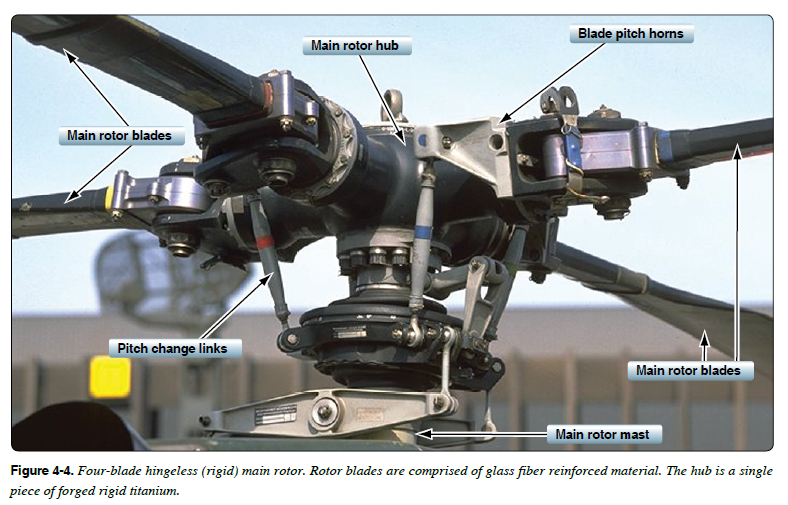 Figure 3. A main rotor head implementation with a swash plate and the different bearings. Source: FAA.

The change in blade pitch is continuous during the rotation of the main rotor, Figure 4. This makes the control of the helicopter hover possible. By using the blade pitch to tilt the main rotor head, a forward flight is enabled. 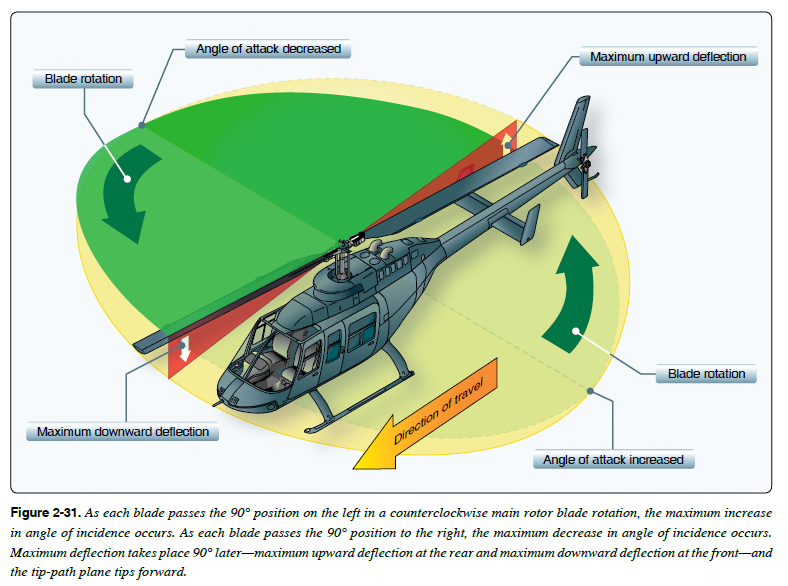 To keep the helicopter from spinning around due to the rotor spinning in one direction, there is a tail rotor generating a variable counter moment (you control the pitch of the tail rotor with the pedals), Figure 5. 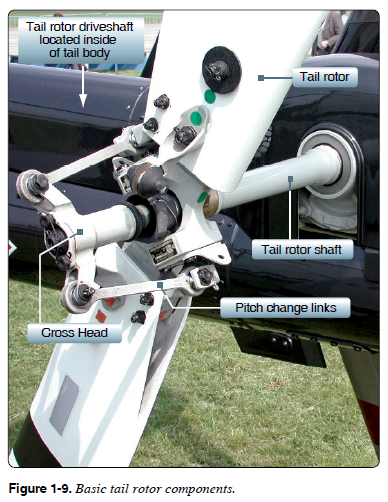 To enable the continuously variable helicopter rotor requires an expensive and complicated main rotor gearbox that transmits the rotor power but also carries the helicopter weight through the main rotor shaft. The gearbox and the rotor head control parts working on main long rotor blades are expensive and maintenance-intensive technology (ref Figure 3).

The major innovation of the VTOL is that it does away with the helicopter gearbox, rotor, and rotor head. It replaces these with the simple multirotor system we know from the drone industry, where the control of the vehicle is performed by controlling the RPM of the electric motors driving the rotors, rather than by changing the pitch of the rotors. By spinning the rotors in different directions and applying more torque to some, we can also control the yaw of the drone/VTOL.

In its simplest forms, the VTOL uses the same method to fly forward as the helicopter; it tilts the VTOL to deliver a combination of vertical and forward thrust. This method has the beauty of simplicity and avoids a troublesome transition between hovering and forward flight. Its drawback is a limited forward speed and, therefore, range.

Alternative VTOL schemes combine multirotor vertical flight, like the drones, with a transition to wing-borne forward flight, like aircraft. A wing-born flight is more energy-efficient and allows a higher speed and, therefore, range. But it presents new problems. The transition between rotor-born and wing-borne flight is tricky, so tricky that some projects haven’t mastered it in their seventh year.

We will use the series to go through the different VTOL schemes and look at their advantages, disadvantages, and how energy efficient they are. We start the look at “Multicopter,” “Vectored Thrust,” and “Lift and Cruise” VTOLs next week.