The final order and commitment tallies give Boeing a clear win. In addition to the important Delta order, Boeing won orders for the MAX from All Nippon Airways, Aviation Capital Group and Qatar Airways. Airbus firmed up a previous commitment from easyJet. It also received a follow-on order from Delta for more A220s (nee C Series). 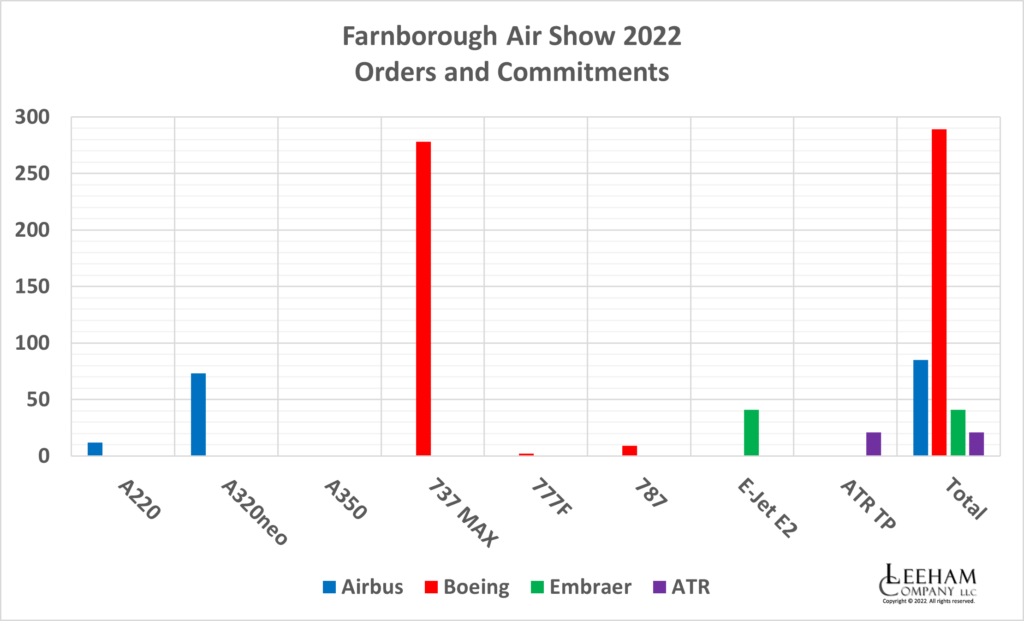 This was the first Farnborough Air Show since 2018. The 2020 show, along with the 2021 Paris Air Show, was canceled due to the COVID pandemic.

Little in the way of hard news was expected beyond the orders and commitments, which totaled 436 from Airbus, Boeing, Embraer, and ATR. The total was well below historical numbers, but this, too, was expected.

Airbus’ July 1 announcement for an order for 292 A320neo family airplanes from China could just as easily been held for the air show, but it wasn’t.