757 replacement not in the cards any time soon

The unexpected attention earlier this month on the prospect of a Boeing 757 replacement, possibly in the form of a 777X-style concept of composite wings and wingbox, new engines and some system upgrades, brings into focus the Boeing 737-9 and the Airbus A321neo.

Boeing quickly denied, in an unusually firm manner, that it was planning on a “757 MAX” and reiterated it doesn’t currently plan to bring another new airplane to market until the middle of the next decade. We’ve previously reported that based on our information, Boeing will wait until the 777X enters flight testing, estimated for 2018, before launching a new family of airplanes to replace the 757 and 737 MAX—with entry-into-service of the 757 replacement around 2025 and the MAX replacement about two years later.

We expect the low-end airplane to start around the 162 seat mark, which is the 737-8/800 size today, and the high end to be around the 240 passenger size in dual class configuration. Top range would probably be around 4,100nm, about that of today’s 757W.

Today’s “757 replacements,” as touted by Airbus and Boeing, are the A321neo and the 737-9. However, neither matches up to the 757W. Airbus and Boeing officials each acknowledge the next generation of the venerable A321 and 737 families will cover only 90%-95% of the 757’s missions today. (Airbus claims the A321neo can go 98% of the 757W’s missions.) This goes to the heart of a recurring dilemma: do the OEMs design a plane for that last 5%-10% or are they satisfied with the heart of the market? 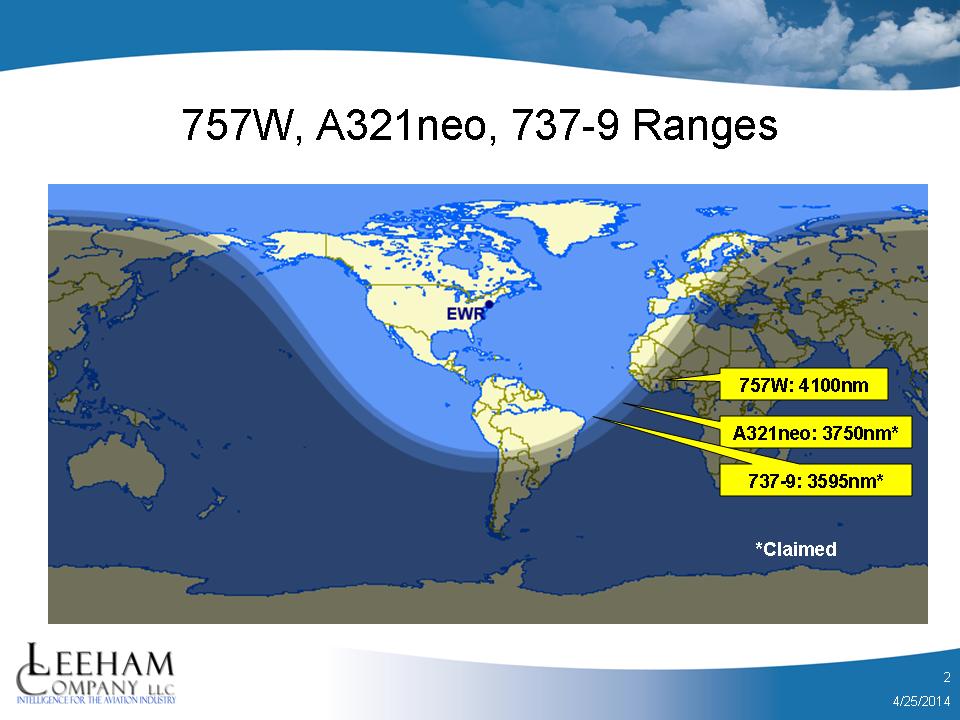 According to our sourcing, Boeing believes the “true” 757 market potential is about 1,200 airplanes—not enough to split evenly with the competition to provide a reasonable return on investment. Thus, this means a 757 replacement needs to be part of a family of airplanes. 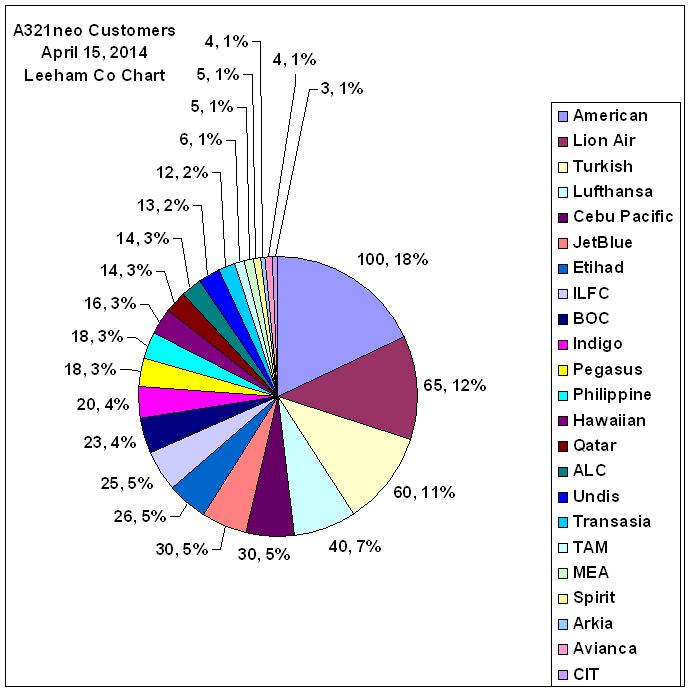 However, the customer base for the 737-9 is highly concentrated. 73% of the orders are from just two customers: LionAir and United Airlines; another 7% are with lessors. There are just 10 identified customers for the -9. (Bombardier has twice as many for its CSeries, though only half the firm orders.) Boeing’s Unidentified 737 customers are presumed to include 737-9s, but absent information we can’t assign the sub-types. 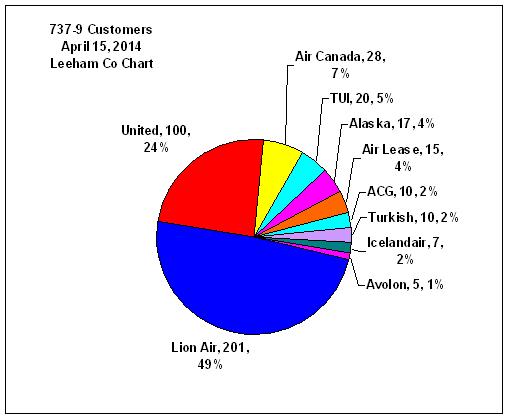 Airbus has 22 identified customers, plus an unknown number of Unidentifieds, for more than 500 A321neo. Customers often are listed as ordering the A320 and later upgauge to the A321, and we expect this to be true for Airbus just as Boeing has “hidden” -9 orders. But for the moment, Airbus has a 53% market share of the A321neo/737-9 sector (including the 201 Lion Air assignment).
There are undelivered A321ceos and 737-900ERs plus aging in-service members of these subtypes. This leads us to believe the market it somewhat larger than the 1,200 Boeing suggests.

The issue for the airlines is that many of the 757s begin coming off lease or approach retirement age by 2019, needing replacement then. So what do Airbus and Boeing do to meet demand before a new airplane can be designed and put into service?

There’s little that Boeing can do with the 737-9. It’s already stretched as far as it can go, and the additional weight of the MAX design isn’t fully offset by the thrust-bump of CFM’s LEAP-1B engine. Field performance is worse than the 737-900ER, a 737-9 customer tells us, based on today’s design. Boeing still has time to improve the performance before EIS. But payload/range and baggage is still not only less than the 757, it’s less than the A321neo. And Airbus plans further improvements to the A321neo.

The Space Flex and other changes will enable a maximum, one-class configuration of 240 passengers by 2018, the same maximum capacity of the 757-200 and 20 more than the maximum capacity of the 737-9. However, range today is forecast to be about 450nm short of the 757W. Can Airbus squeeze more range out of the A321neo? It’s working to cut weight and improve aerodynamics—but another 10%+ in range out of the projected range is a tall order and probably unachievable.

The 787-8 is “too much” airplane, with a range of 7,800nm. So is the A330-200 at 7,200nm and the proposed A330 Regional doesn’t have enough range at 3,000nm, though it could easily encompass 4,000nm. But at 246 passengers in typical international business class/coach configuration, it far exceeds the 169 passengers in United Airlines’ international 757 configuration—and the operating costs.

So far, there is no answer for a 757 replacement—at least not any time soon.