Rolls-Royce, as had been widely reported, becomes the sole-source engine provider of the Trent T7000. Airbus also gave it new A350 style winglets and have made enhancements to the cabin with improved seating, IFE and mood lighting, In total Airbus claims to have improved the fuel consumption with 14% per seat. Deliveries will start in Q4 2017. 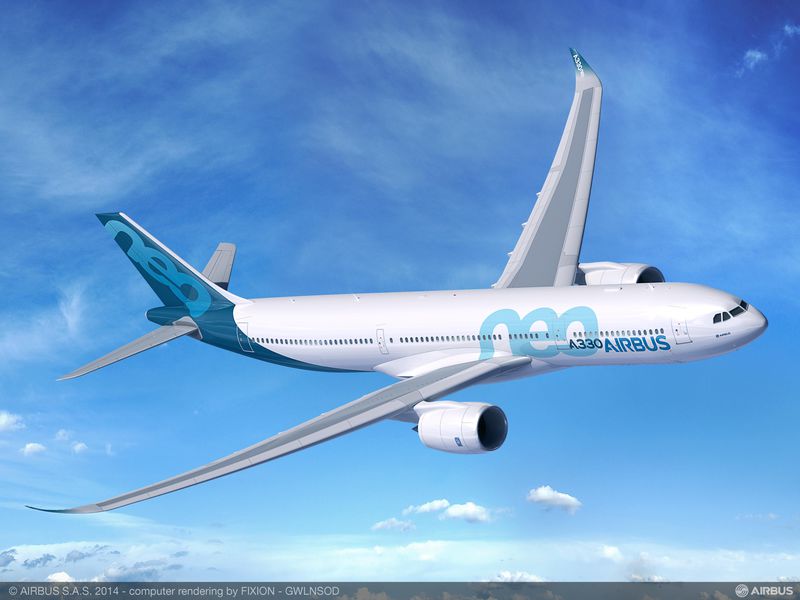 Predictably, Boeing has been dismissing the A330neo in advance of the launch and will continue to do so now that the program is a reality. This is in keeping with the pattern followed by Airbus and Boeing over each other’s product development.

Airbus saw great success with the A320neo, which was vociferously dismissed by Boeing until the latter launched its own “neo” program with the 737 MAX. In fact, if one stops to think, Boeing has been a master at re-engined programs, as noted above with the 737. It also reengined and refreshed the 747 several times. The 747-100 was a sole-source Pratt & Whitney engine. The 747-200/300/400 added upgraded PW engines plus powerplants from Rolls-Royce and GE. The 747-8 is a sole-source GE engine.

There is no reason to believe the A330-800/900 won’t be a success. It certainly won’t be the runaway success of the A320neo family–the market sectors are very different–but the neo will add new life to a program that was already far more successful than Airbus (and Boeing) ever figured it would be.

Will the A330neo be a true competitor for the Boeing 787? Boeing doesn’t think so, and once more technical details of the A330neo are released we will re-run our analysis and come up with our own conclusions. But based on advance information and data, we concluded the A330neo comes within 3%-5% of the 787 operating costs and Airbus can make up the difference with pricing the fully amortized A330 to a price point Boeing will have difficulty matching.

Availability and price will really drive the success or failure of the A330neo. We think it will be a success.