The Chinese engine industry was part of the same machine building industry as the aircraft industry. The first jet engine that was produced under license was the Klimov VK-1 (for the Mig-17), a Russian copy of the Rolls-Royce Nene.

China later built the Tumansky RD-9 jet engine under license for their locally produced Mig-19, the Shenyang J-6. The production was done by the same companies that produced the aircraft in their engine production departments.

Gradually the Chinese aircraft industry started to try and make modifications to engines they built under license. It did not go to well. Engine development and changes were much harder to do than making adaptations to aircraft.

The locally adapted engines were not reliable, so the Chinese military continued to source engines from Russia/Ukraine for their aircraft projects.

Engines were the Klimov RD33 (the MIG-29 engine) for the locally developed canard aircraft, J-10, which looks like a larger Lavi, and the J-17 Thunder; the Saturn AL-31 for license-built and locally developed copies of the Su-27 Flanker; and the Ivchenko-Progress/Motor Sich AL-25 (Yak-42 engine) for the Hongdu L-11 jet-trainer. The AL-25 is license-produced as the WS-11. The other engines are imported from Russia.

There were many attempts to develop and produce an indigenous engine. As there was no Chinese commercial aircraft development of any scale, the Chinese engine industry/state focused on getting self-sufficient on military engines.

Most projects died out when no reliable engine came out after 20-30 years of effort. The first local program that finally managed to produce an engine which had acceptable reliability was the Shenyang Engines WS-10.

The WS-10 project was started by the strongman after Mao Tse Tung’s death, Deng Xiaoping, in 1986. The target was to replace the 30klbf Saturn AL-31 for the Chinese Flanker variants.

The WS10 is a low bypass, two-shaft engine in the 30klbf class. Its core is modeled after the CFM56 (from the GE F-101), which China could examine in 1986. It took until 2009 for the engine to get a thrust and reliability level that it could replace the AL-31 on the local Flanker variant J-11.

The engine was developed and produced by the Shenyang-Liming Aero Engine Group, a unit of Shenyang Aircraft in the AVIC group. China’s engine companies were structured as units of major aircraft companies in AVIC.

This division of focus was in line with Mao Tse Tung’s ideas of splitting of industry in many smaller units. It was kept to foster progress through competition when Deng Xiaping got in power. The problem was that turbine engines require massive investment in technology and production equipment.

None of the engine companies had the critical mass to keep pace with the Western technology-driven companies or companies/agencies in Russia/Ukraine. The result has been an engine industry that has not been able to produce virtually any successful engine programs over the last four decades.

China engaged Ukraine to come in and help them with engine technology in recent years. Western companies have been hesitant, given China’s handling of intellectual propriety rights.

Rolls-Royce licensed the Spey RB-168 as the local WS-9 (used for a local strike aircraft JH-7, looking like a large SEPECAT Jaguar) after China tried unsuccessfully to copy it. SAFRAN group’s Turbomeca licensed turboshaft engines like the Ariel for helicopter applications. 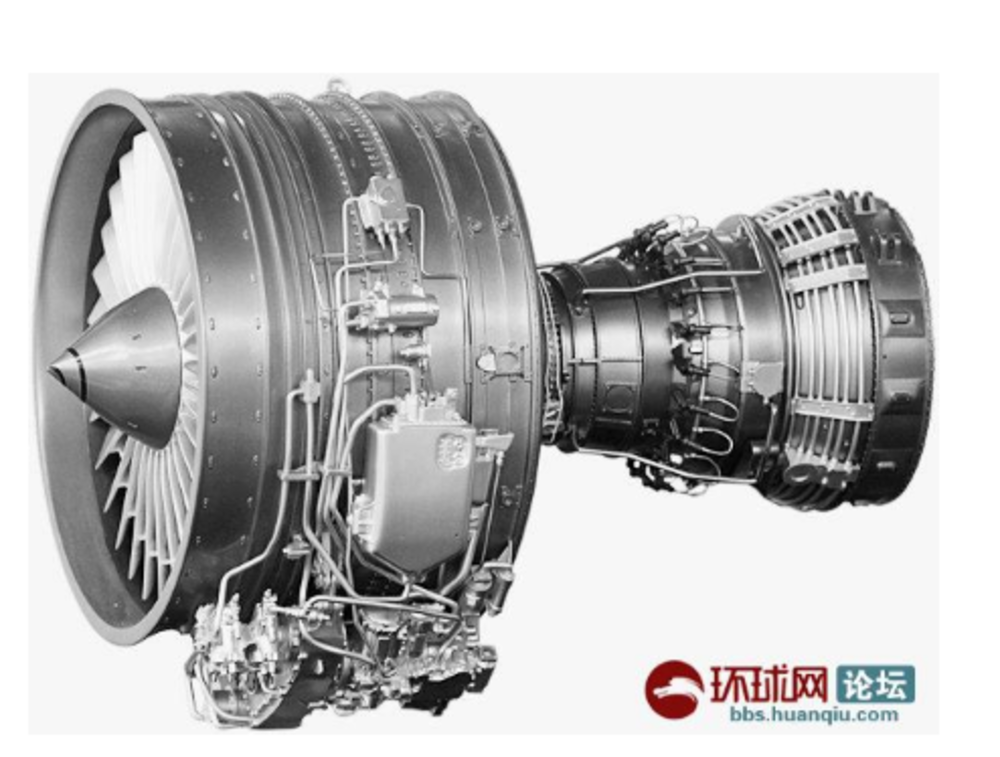 This is the first high bypass engine development in China with an estimated By-Pass Ratio of around 5-6. Thrust is around 30klbf. With the original WS-10 core modeled after the CFM56, the high bypass variant now has data which resembles the CFM56-5.

The engine is presently on flight test on an IL-76, Figure 2.

WS-20 is also the right size for a COMAC C919 application, but a full generation behind the CFM LEAP-1C engine, which was chosen for the aircraft. The engine has therefore not been accepted as an option.

China spun out a separate civil engine company, ACAE, from AVIC Engine in 2009. The idea was to develop competitive commercial engines by engaging in co-operation with Western manufacturers.

As no Western partner has been interested in cooperating with ACAE, the creation of a LEAP-class engine around 10 years after the EIS of the CFM LEAP seems more than ambitious. With no technology injection from established engine companies, the future of ACAE and its engines seems shaky.

← Airbus’ Eccleston talks about reorganization and WTO
Pontifications: Airbus, Boeing and Qatar; and more on the WTO →