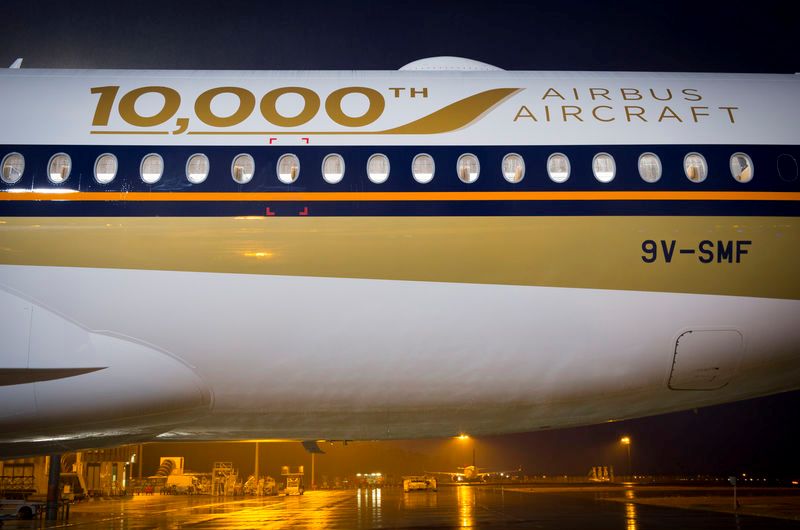 Let’s compare with the rise of Airbus and see what can be learned. Will COMAC deliver its 10,000th aircraft in 50 years? Or in a shorter time?

To better understand new entrants in the market, we will examine how Airbus rose to market equality with Boeing. We will then make parallels to COMAC’s position and see if these makes sense.

Of the two nations (China and Russia) which now presenting mainline competitors to the duopoly Boeing and Airbus, China and COMAC is the most potent.

This is not because of technical prowess. Russia and its United Aircraft are considerably more knowledgeable, but Russia puts politics before sales. China on the other hand doesn’t mix business and politics (at least for now) and it shows a remarkable commercial learning curve on each field it chooses to compete.

Airbus was formed with one manager, an assistant and a secretary, days before Christmas 1970. The ultra-slim management team should manage existing aircraft companies in France, UK, Germany and an A300 aircraft project that had been going between the national industries since 1966. It took until 2001 to form a proper company of the joint venture.

COMAC was formed from the giant Aviation Industry Corporation of China (AVIC) with 430,000 employees, 100 companies and 35 research institutes. It started with a proper company structure and could draw on the resources of the sister group. It contains 10 companies and an estimated 50,000 employees. The charter was to focus the important commercial airliner projects of the country and make them a success, the same as Airbus.

It took Airbus until 1974 to deliver the first A300 to the launch customer, home country Air France. Almost all orders and options to date, eight years after launch of COMAC, is to home country, in total 517 aircraft to 21 customers. Until the Eastern Airlines order in 1976, 10 years after launch of the A300, the consortium had 55 orders almost exclusively from home market customers.

Eastern was the first “external” airline to order an Airbus due to a free loan and a lease offer they “simply could not resist.” By 1980, 14 years after project start, Airbus had delivered a total of 100 A300s.

COMAC plans to start deliveries of the C919 in 2019. Few believe that this will hold. But even with a delay, 100 aircraft will most probably have been delivered eight years from now. This would be 2024, 14 years after the C919 project was started.

It took Airbus another 10 years to come to 500 aircraft delivered. Admittedly the market is larger for COMAC in 2024. The China domestic market alone during 2024 to 2034 is forecasted to 5,000 single aisle aircraft.

The 5,000th Airbus was delivered 2007 and nine years later deliveries had doubled to 10,000 aircraft, 50 years after project start. It will be 2058 when COMAC celebrates its 50 years as a company. The probability that they will have delivered more than 10,000 aircraft by then is high, as the market is considerably larger. It will probably be more than double that.

It’s very difficult to foresee the development of a new player in the market like COMAC. One sees the present deficiencies compared to the established players with their technology, their customer base and their established after market support.

It was the same with Boeing, McDonnell Douglas and Lockheed when Airbus came into the market. “This is yet another state project that will fail. They don’t have the technology, nor the customer base or the aftermarket support we have,” the three US manufacturers claimed.

It’s easier to project what can happen when one compares with history. One then realizes that COMAC has 50 years to exceed Airbus’ success. They have every opportunity to do that. Today, Boeing recognizes that China is likely to be the next competitive threat.

← How Boeing is working to convert Qatar’s MAX LOI into a firm order
Alcoa looks for weaker 2017: Weekly analyst synopsis →