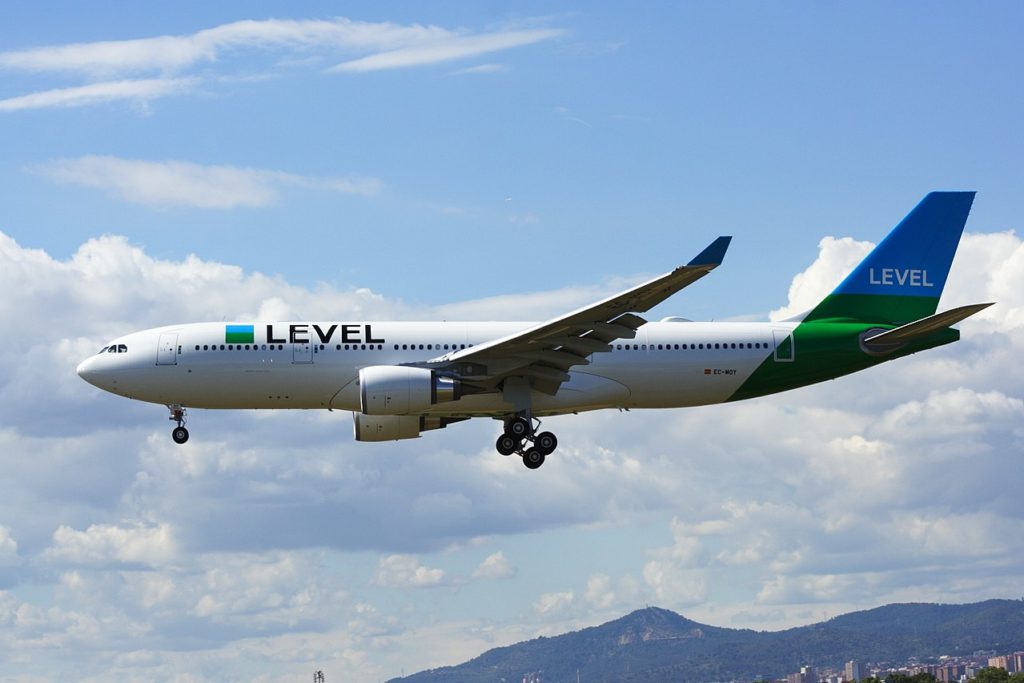 LEVEL was established in record time, to counter Norwegian’s long-range LCC expansion. Within three months of the LEVEL announcement in March 2017, the airline operated from its Barcelona base with flights to Los Angeles, San Francisco, Buenos Aires and Punta Cana , Figure 1. Punta Cana will now be replaced with Boston from next month.

The LEVEL operation only has the sales and marketing name LEVEL. The aircraft with crews and the Airline Operating Certificate (AOC) all belong to IBERIA. The wet lease setup enabled a quick start for the airline.

LEVEL will expand with flights from Paris Orly to French-speaking destinations like Montreal, Guadeloupe and Martinique from July 2018. From September, New York will be added. The Paris operation will be flown on the AOC of IAG’s OpenSkies airline and with its personnel, using two new A330-200s operating as LEVEL.

OpenSkies, a premium airline, presently flies to New York with three BA-sourced Boeing 757-200s and one 767-300ER. It will end its premium operation by end of summer 2018. All staff will then work for LEVEL. What will happen to OpenSkies’ present aircraft is not clear.

IAG now starts the study which fleet LEVEL shall ultimately have. The alternatives are to continue with the Airbus A330 line, then presumably with the A330neo variant when available. But it could also be with Boeing’s 787, said Walsh at the results presentation.

The 787 is more economical to fly than the present A330, but the lower purchasing price and the available A330 crews from IBERIA made the A330 the better choice to start LEVEL. It’s now for IAG to establish what will be the better option long-term.

The discussion by Walsh around the A330 and 787 as the right aircraft for LEVEL did not include mentioning the A330neo. This can be deliberate. Walsh is known to set the scene for aircraft negotiations with public statements.

For Boeing, it’s a matter of expanding the large 787 fleet BA operates and to stop the A330-800 to reenter the market after Hawaiian’s expected defection.

For Airbus, it’s critical to establish the A330neo within the AIG airlines and to get a major airline to order the A330-800.