The new focus in aircraft development, the production

October 17, 2019, ©. Leeham News: Over the last decades the focus for new airliner projects has been technological advancements in aerodynamics, structures, engines, and avionics. This has offered 15% efficiency gains for the new airliners over the aircraft they replace. While still important, the next airliner projects have an additional focus which has moved to the top of the list. The production phase and how to improve its many parts.

The parts include development for automation, efficient partnering/sourcing and how to reduce the expensive learning phase of the production. We will cover this change in a series of articles around the 9th Aviation Forum, an up-and-coming Munich conference that focuses on these themes. 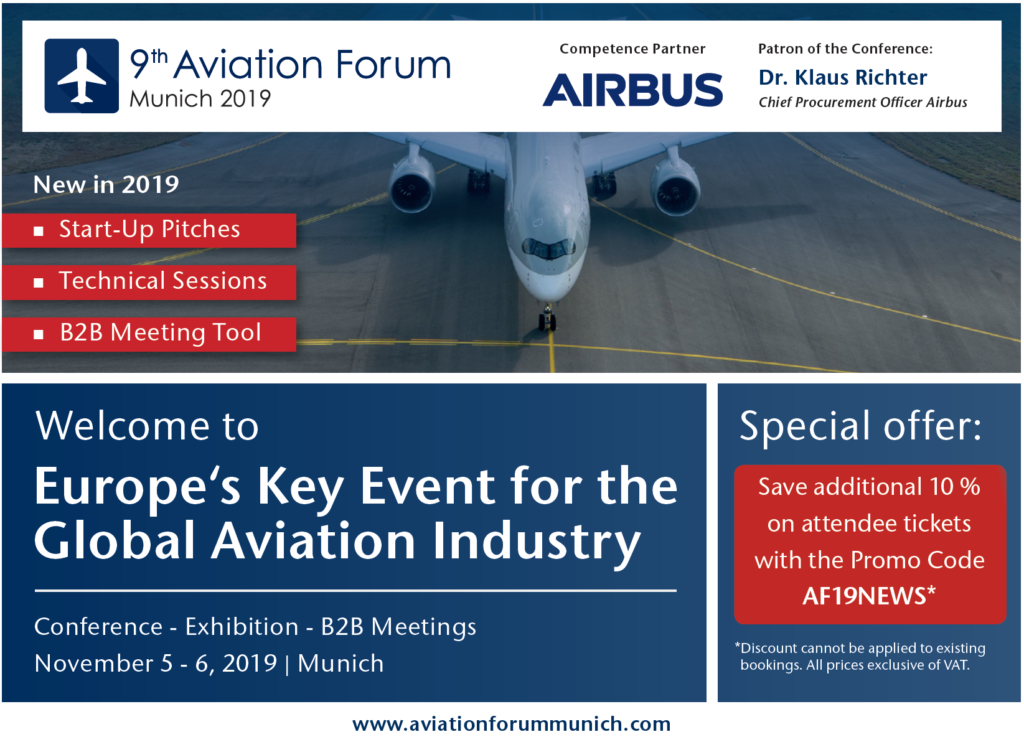 The advancement of our air transport system

The gains in the classical technical areas for new airliner projects have flattened. Transonic aerodynamics and the advanced structures in Carbon Fiber Reinforced Polymers (CFRP) which makes these aerodynamics possible where perfected in the Boeing 787 and Airbus A350 projects.

The use of Fly-By-Wire to make aircraft lighter by load alleviation and overstress protection is known technology, as is reduced static stability to reduce trim drag.

The Engines have gone from medium bypass ratio Turbofans of around 5 to bypass ratios of 10 or beyond in the last decade. This has given us 15% leaps in fuel efficiency when combined with hotter cores. But we can’t double the BPR one more time for the next generation and hotter core improvements are gradual in their development. The result is a flattening of the engine efficiency curve.

Hybrid-Electrics is hyped as bringing us the next major leap in efficiency, but those who understand the involved technologies don’t understand how. When you dive into the subject it’s like when we entered the jet age. It will take decades before we have solutions that bring any real gains.

The next advancement lies in the industrialization

With industrialization, we include more than production. It’s about making the whole lifecycle of the airliner more efficient, from time and cost reduction in development to how to set up the sourcing and production of the 4,000,000 parts which make an airliner. And it’s about keeping the aircraft flying during its lifecycle to finally recycle it when the time comes. For all these phases we need a new level of efficiency.

The development cost of a new airliner is pretty well known. We assume anything from $5bn to $15bn dependent on the size of the aircraft and the complexity of the project.

That the next phase, the initial production run, cost as much in extra costs due to run in problems is less well known. But it’s today’s reality. For the last 30 years, airliner projects have doubled their development costs before they reach production costs which are breaking even with the sales price of the aircraft.

So, we should not talk about the $5bn to $15bn to put a new airliner into the market. It’s $10bn to $30bn which is drained from the companies which decide on a new airliner project before cost/revenue break-even and money starts flowing back. This extra cost must be reduced with the design of a production system that has a faster learning curve.

The Munich Aviation Forum dwells on the trickier parts in this change; partnering with suppliers to get the 4m parts Just-In-Time and at the right costs. The design of a production system which can achieve a shortened time to break even and once there, produce at cost levels which are significantly lower than before.

The legacy 15% improvement in aircraft performance is supplanted by a new target, which goes beyond the 15% efficiency gain for the aircraft, the gain in efficiency for the industrialization phase of the aircraft. And here the targets are well beyond 15%.

38 Comments on “The new focus in aircraft development, the production”