Pitch moment curve stability augmentation with a mechanical base system

In last week’s Corner we listed the requirements we had on our tool, the trimmable horizontal stabilizer, to fix a pitch moment curve like in Figure 1. We need to straighten the segment with reduced pitch stability just before the stall.

Our requirements on the tool to fix the instability part of the curve are:

Requirement number 1, 4 and 5 leads us in the direction of the prevailing jackscrew system used on most airliners, Figure 2. 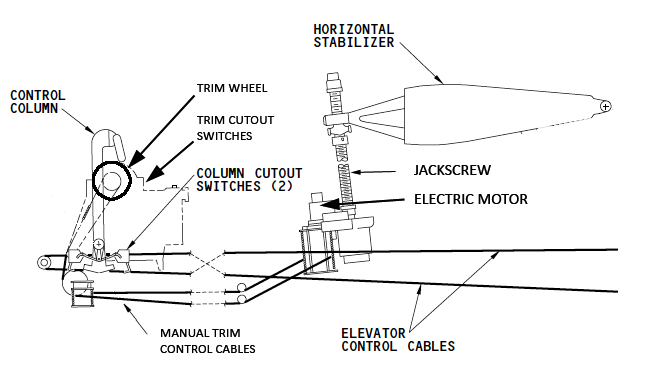 Figure 2. The horizontal stabilizer trim system of the 737. Source: Boeing and Leeham Co.

It has the advantage of simplicity with the control done with an electric motor that can drive the jackscrew in both directions. In the case of the 737, there is a manual backup via a drum with cables that connect with the trim wheels in the cockpits. The gearing of the manual system is such a pilot can grab the wheel and stop the motor and jackscrew from moving.

The reliability record of the motor/jackscrew assembly is very good. What has failed is the relays and switches for the electric drive to the motor. There have been instances where a stuck switch or relay has driven the system continuously in one direction. This is why the electric drive has travel limiting switches which take away all power to the motor, should a runaway happen, satisfying requirement 4.

The “hold against” switches can’t be active during the instability phase of the curve as by definition this is a case where the pilot is pulling hard on the yoke. If the “hold against”switches are active at this phase they take away the pitch argumentation, which is not what we want.

Requirement number 5 is satisfied by switches triggered by the stabilizer movement, cutting the drive to the motor when predefined travel limits are reached.

Use of the trim system for stability augmentation

When we want to use the system for fixing our moment curve in Figure 1 we run into some challenges. The build-up of the force to counteract a pitch-up must be sufficiently fast to stop the pitch-up movement.

The trim system is built to offer a sufficient trim speed to satisfy the Pilots’ and Autopilot’s need for trim. This is often a speed that is slower than needed for augmentation.

For the 737 the normal manual trim speed of 0.2 degrees per second was enough to counter a pitch-up tendency at high speed (the windup turn case). At a low-speed pitch up above 10° Angle of Attack (AoA), the normal trim speed was to slow. It applied the nose downforce to late to neutralize the pitch-up tendency which would bring the aircraft closer to stall without the pilot’s intention to do so.

The trim system had a second, faster speed of 0.27 degrees per second, used for the larger movements needed at the low speeds when flaps and slats are deployed (low Q). The low-speed augmentation of the 737 used this higher speed to neutralize the pitch up above 10° AoA.

The amount of neutralizing force is set with the length of the trim sequence, in the case of MCAS 9 seconds.

The increase in trim speed to 0.27 degrees per second increases any misstrim if the system is triggered by a rough signal before a pilot reacts and trims against. At low speed the situation takes some time to build up as the effectiveness of the horizontal stabilizer is low. This gives the pilot a longer time to react and the effect on the aircraft from a rough trim action is less harsh than at high speed.

At higher speeds, a fast trim speed has more dire consequences. As said, the trimmed horizontal stabilizer has a powerful authority if the dynamic pressure (Q) is high (high speed and low altitude brings a large Q). This means a rough augmentation trim will pitch down the aircraft violently. This is what happened in both the Lion Air and Ethiopian Airlines cases.

The pilots were probably thrown off their seats as the G meter trace from the accident reports show a minus 1G load factor at the aircraft midpoint and the cockpit sits on a longer movement arm. This prolonged the reaction time and in my opinion the jolting reaction of any large trim actions at speeds close to Vmo (maximum allowed Q for the aircraft) made it harder for the pilots to neutralize the MCAS misstrim.

It’s not understandable why Boeing kept the high trim speed for the high-speed domain. Tests had shown the low trim speed was sufficient for high-speed cases and a switch of trim speeds for the system is not complicated. Now the high trim speed startled the pilots with its violence and quickly overpowered the pilot’s elevator as requirement no 5 wasn’t respected. The reaction times for the pilots were cut too short by using one trim speed for MCAS (and its unwarranted repeat action after five seconds wait quickly worsened the situation).

If the flight control system would have been Fly-By-Wire (FBW) control with feedback, the FBW could combine the trim of the stabilator with a tempering force from the elevator. It can thus combine a fixed trim speed with a bit of elevator to get any control force it desires.  The redundancies in the system are such this control scheme would present no hazard to the aircraft.

A mechanical system doesn’t have the sensors or actuators to perform such mixed functions. It has to live with the trim speeds the system has and work with trim time to moderate the forces. But there are two speeds in the system. Why aren’t these used?

We can see we need for an augmentation system:

None of the three above criteria were respected by the initial MCAS version. One wonders why? The updated version of MCAS which is scrutinized now fulfills all three.

← The new focus in aircraft development, the production
Pontifications: To no surprise, MAX was major topic at 3 NYC events →