Third time is the charm: 777X takes to the sky today 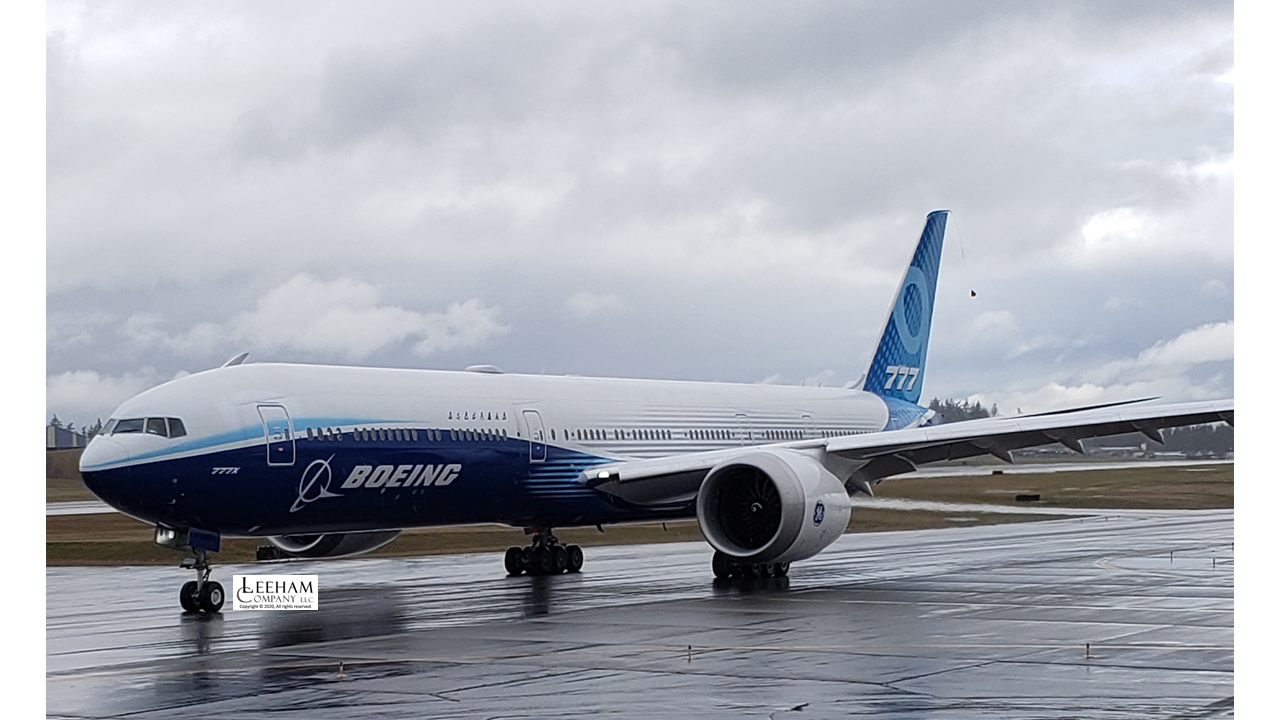 Boeing 777-9 on the way to what was hoped to be its first flight Jan. 24. As an experimental flight, the airplane had to take off north with a tailwind. The wind throughout the day exceeded the safe level. The flight was scrubbed. The airplane instead took to the sky the following day. Photo by Scott Hamilton.

After being rained out Thursday and scrubbing the first flight Friday due to high winds, Boeing successfully launched the 777X into the air Saturday for its first flight.

The flight left Everett (WA) Paine Field, where the 777 has been produced since the program began in the early 1990s.

The 777-9 becomes Boeing’s largest in-production airliner now that the 747-8I is no longer produced. The 747-8 lives on, for the time being, as a freighter aircraft. But its days are number, with production likely to end in 2022. There are just 17 747-8Fs in backlog; Boeing is assembling these are the rate of six per year.

The -8 development has been put on hold for at least two years. The -9 is already a year behind planned entry into service, now slated for 2021. The new certification process, acknowledge by Boeing CEO David Calhoun last week, threatens to delay EIS for an undetermined period.

Improving on the 777 Classic

The cockpit design for the 787 migrates to the X, providing greater pilot commonality between the two airplanes.

Larger windows and a slightly wider cabin are aimed for better passenger experience. Boeing also designed the airplane to have higher humidity and maintain a lower cabin altitude than on the -300ER, all for greater passenger comfort.

← Bjorn’s Corner: Why e in ePlane shall stand for environment, Part 6. The CO2 problem.
Pontifications: Back to drawing board on NMA, Boeing’s CEO says →