September 25, 2020, ©. Leeham News: In our series on Hydrogen as an energy store for airliners, we look at the three hydrogen-based concept aircraft Airbus presented this week.

They are called ZEROe and are concepts and not products, but their design tells us a lot about where Airbus is with its studies and how the hydrogen demonstrator aircraft might look like come 2026-2028.

How to understand Airbus’ Hydrogen concepts

Are the pictures of Airbus’ hydrogen-based ZEROe aircraft from Monday’s presentation also a hint of how future products will look like? Airbus EVP development Jean-Brice Dumont pointed out that concepts are not products.

The concepts are created to give Airbus and suppliers concrete example aircraft to work around when they look at configurations, aerodynamics, system solutions, and needed avionics to build efficient hydrogen-fueled airliners.

If we discard the Blended Wing-Body (BWB) variant, which I judge is there to spawn ideas and excitement more than show a realistic concept for the next move, the concepts still say a lot about what might come. Let’s look at what we can conclude from the Airbus presentation.

Hints for the 2027 demonstrator and 2035 first product

A demonstrator aircraft is scheduled for 2026-2028, but the program has a main supporter in the French government and the Paris Air Show is 2027. So let’s use June 2027 as the likely presentation date for a hydrogen-fueled demonstrator.

Will this be singular or plural? Airbus owns 50% of ATR and the turboprop concept looks very much like a more exciting ATR72, Figure 1. 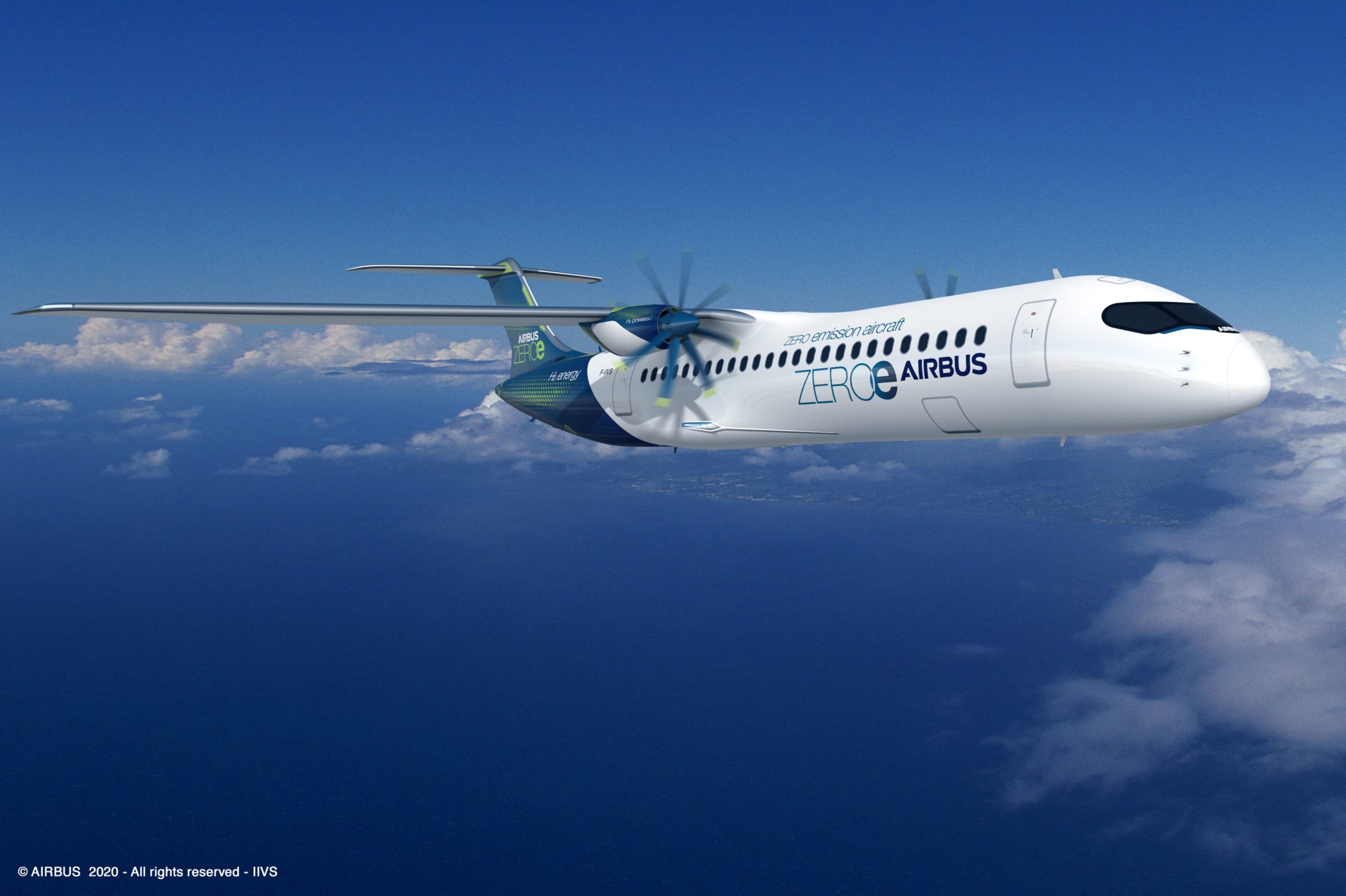 At the same token, the Turbofan concept has several similarities with the Airbus A220, Figure 2. It would not be difficult to put the chain saw in the rear fuselages of former prototypes of an A220 and an ATR72, install the hydrogen tanks in modified rear tail cones as shown, and put the aircraft together again, now a bit shorter in the back (we come to why). 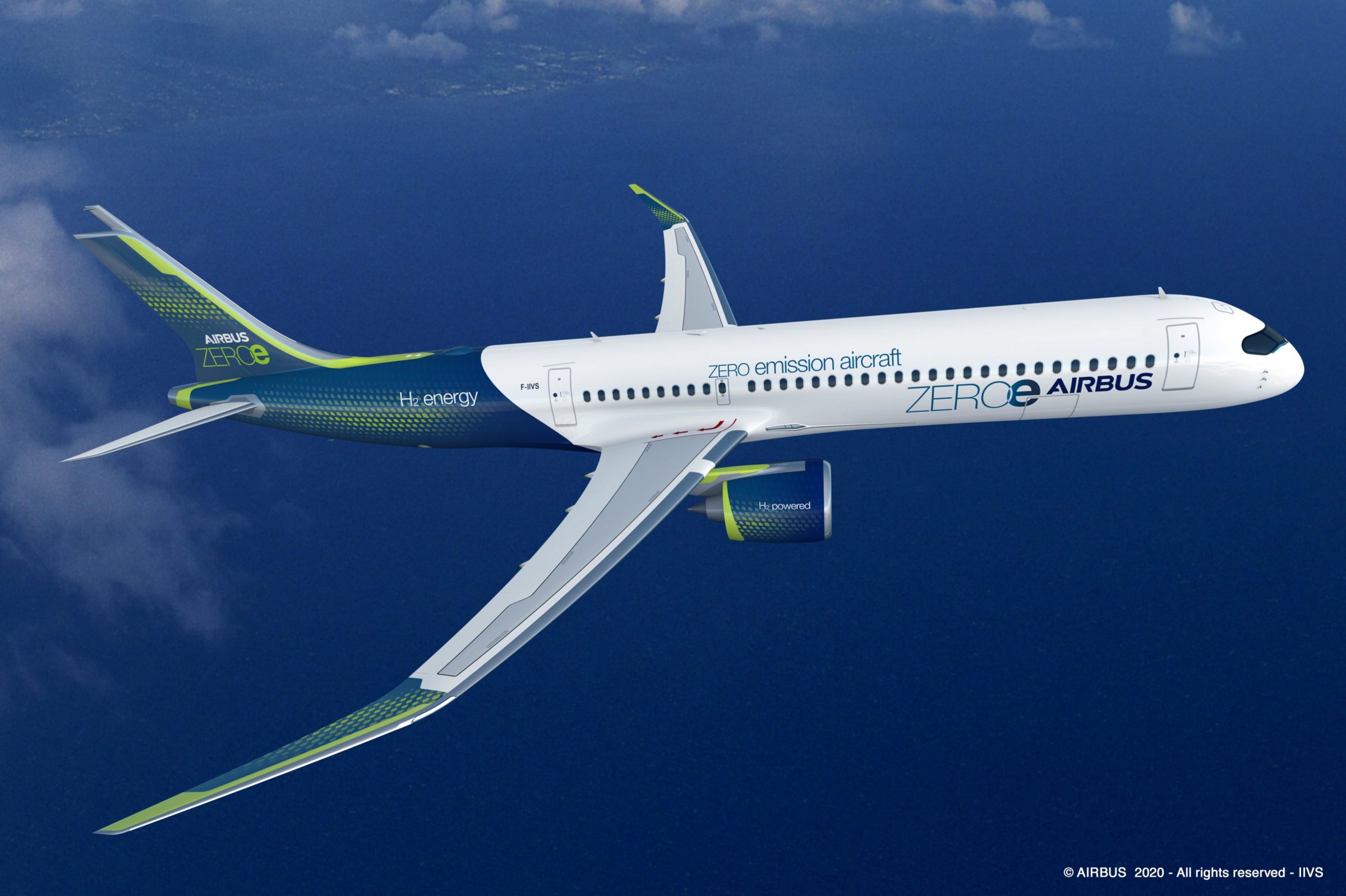 Figure 2. A hydrogen turbofan for the heart of the market. Source: Airbus.

As we have seen, the challenge with hydrogen aircraft is the hydrogen tanks. The change of the rest of the fuel system components and the conversion of the Jet fuel-based engines to hydrogen is less of a challenge.

Airbus confirmed that all three concepts are hydrogen fueled gas turbine aircraft (also the BWB, I wasn’t sure directly after the presentation). It has come to the same conclusion as I, the step to a fuel cell-based hybrid with electric propulsion is risking a lot with no gains at the moment.

At the announcement Grazia Vittadini, the Airbus CTO said the gas turbine-based engines will have electric motors built-in. This is the electric starter generators I talked about in this Corner.

By moving the air starter and generators from the engine auxiliary gearbox to one of the shafts of the core, the acceleration of the engine can be faster and the core can be optimized with smaller margins to compressor stall. This leads to a more efficient engine compared with today’s engines with air starters and generators on the auxiliary gearbox.

I could talk to Vittadini in connection with the presentation and she confirmed that changing the APU to a hydrogen fuel cell that produces electrical energy is attractive, now that the main fuel is LH2. There was no confirmation or denying that this would find its way to the demonstrators or ultimately a product. We just have to wait and see.

Converting the APU of an A220 based demonstrator to hydrogen is straight forward, should the APU remain to reduce the risk budget. The ATR72 doesn’t have an APU so no problem there (but a hydrogen variant might, the concept turboprop has an APU).

How much do the concepts say about a 2035 Airbus product?

As can be seen, we can deduce a number of hints from these concepts. We shall just avoid thinking these concepts define a 2035 product. Dumont said, one of the reasons is the market for a hydrogen airliner is not clear.

The demonstrator will be vital for airlines to understand all the aspects of operating a hydrogen airliner compared with today’s carbon-based types. When this becomes clearer, including the cost picture of hydrogen contra carbon-based airliners and state subsidies/taxes, products can be defined.

Will there be a hydrogen turboprop demonstrator and then a product from ATR? Probably. The French €15bn program announced in June contained program components for the regional industry, and in France this means ATR. We can expect a Turboprop demonstrator, based on a converted ATR72 and this can be followed by a product should the market reaction be positive.