Once upon a time
Traditionally air shows have been events where the coolest aircraft has been the one which has made that cracking noise, virtually so that the ground has shaken. This was still the case two years ago at Paris when the mighty Sukhoi 35 made its spectacular display. It was a display of sheer grunt together with an aircraft that would turn and wrestle in almost any angles and maneuvers; spectacular.

But it was not very useful for anything else to impress and it stopped most business conversations during its 15 minutes display flight. This year it was different. No massively noisy military jet, the Dassault Rafaele’s display was good, hard work for the pilot who was under high G load for almost the whole display. Pakistan’s JF17 Thunder was not bad, like an F16 when it came out. 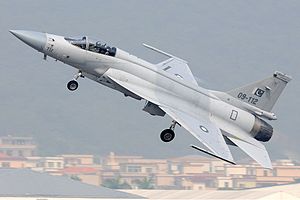 But not extraordinarily loud or brutal neither of them and people observe with interest but it was nothing new.

This show it was instead the quiet aircraft which caught the headlines. 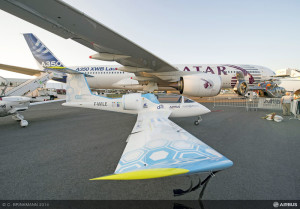 Most quiet of them all was Airbus new electrical aircraft, the experimental E-Fan. This one cannot hear unless one stands near when it starts or lands, there is a slight wind noise from when its body passes the air but apart from that one can’t hear anything, it is so quiet. The day when normal transport aircraft can be electrical or hybrid power aircraft, air traffic will change. No need to have airfields long from City centers and no problem with overflight of housing areas. It will be just another ball-game and air transportation will change as we know it.

We are not there yet but we are moving. The CSeries aircraft CS100 and CS300 were at an air show for the first time. Each day at noon, the CS300 made a display flight. Instead of emphasizing things like take-off and landing performance or maneuverability, the pilot focused on showing how quiet the aircraft is in different situations around an airport. Climb after start, turn in a circuit, circling and landing, it was all quiet and very comfortable. The people on the chalet terraces could comment to each other what they thought about the display and inside the buildings the business conversations could continue. The difference to normal display flights were marked, it was the new era, showing what is coming.

After the CSeries came other modern aircraft like the Airbus A350 and Boeing 787-9, They were quiet as well, perhaps not to the degree of CSeries, but quiet. And the displays were once again laid out to emphasize the absence of strong sounds in normal maneuvers. A couple of extravagant maneuvers were made, like the 787-9 escalator start. For a pilot, not very spectacular but the show attendees liked it and they thought it was cool and “must be dangerous.” It is not. One gathers enough speed to then climb at a steep angle on the excess speed. The only spectacular thing about the maneuver is that the pilot might have to apply negative G to get the nose down. In such case he will see who cleaned the aircraft last. Any dirt and object lying on the floor will hit the roof, not so pleasant, a bit messy but not dangerous.

The new era in civil aviation is quietness and more electrical. The first hybrid small aircraft were shown in the display area where electrical engines coupled with the propeller shaft gave a power boost under a certain time, just as with the Porsche which won Le Mans in 24 hours in the weekend. Air transportation has started on a journey of quietness and convenience. We better collect monsters like the Sukhoi 35 in flying museums so that it can be brought out for future air shows, to show how it once was. Those were the days when conversations stopped between 13.00 and 15.00 during show days, whether one wanted or not.

It is then a reminder of days that were when the noise was the spectacle. In the future the silence of the hybrid and electrical aircraft will be the spectacle. The conversations on the verandas of the chalets can be made in normal conversational mode; the only problem will be to know which aircraft is flying. It used to be that a few seconds of listening solved it, but this will no longer possible. Now you’ll have to step out to see which aircraft is gliding around the airfield for the display.