Tinseth told Harned that cancellation and deferral rates are well below five and 10 year averages. Some cancellations are conversations to other models (eg, 737NG to 737MAX). He also says Boeing continues to see cargo demand recover to 4%-5% growth in late 2016-2017, resulting in a demand for 50 larger freighters a year.

Boeing sees oil prices returned to $60-$80 over the long-term. While current oil prices have slowed replacement of aircraft, Tinseth said Boeing still forecasts an annual replacement of 2.5% to 3% of the in-service fleet, retaining airplanes six months to a year or longer than originally planned.

“I think we’ve seen an interesting dynamic here, when we take a look at the sizing of our planes and the sizing of our Airbus counterparts. We actually see a situation where there’s a really big difference between an A320 and an A321. And we’re seeing markets, frankly, where the A320 is too small for the marketplace. And if you’re committed to Airbus, you’re going to ask yourself, ‘Do I want to fly an airplane that’s too small for the market? Or do I want to up-gauge into an A321?'”

With a smaller seating gap between the 737-800 and 737-900ER, Tinseth sees a greater market share in the future for the latter airplane.

A few Odds and Ends: 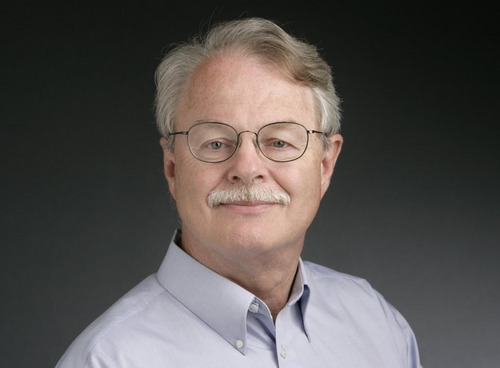 Terry Maxon, retiring from a career as aviation journalist for The Dallas Morning News.

A career aviation journalist has retired and will be missed. Terry Maxon of The Dallas Morning News took the paper’s buyout to retire early. The paper chose the date-9/11, an odd coincidence, indeed.

I’ve known Terry for decades. His irreverent attitude and wry, self-deprecating sense of humor always was welcome in an industry filled with pompous, self-importance. His “Three thoughts for Friday” in his blog at The DMN were always entertaining.

Last week Terry posted a long column about his years covering Robert L. Crandall, long-time CEO of American Airlines until he retired in 1998 (so long ago!). Having known and covered Crandall for many years myself, I related to Terry’s stories. Terry wrote that after he returned to the aviation beat following a stint covering Texas oil, American’s fortunes went south for five years, making life at AA difficult for Crandall.

“I note, however, that you shifted blame of all; AA troubles to Bob after you arrived on the beat. Seems to me there’s more than a little nexus of your arrival and AA’s troubles,” I wrote Terry.

Aviation journalism won’t the be same without Terry.

Seeking Alpha last week had this thought piece about clean sheet airplanes from Airbus and Boeing.