Sept. 26, 2016, © Leeham Co.: It’s hazardous to use the word “never,” but the US and European Union will never impose trade sanctions or tariffs on Airbus or Boeing airplanes.

No sane president would do so. (Cue Donald Trump.) It would start a devastating trade war and the collateral damage on innocents in the Airbus-Boeing illegal subsidies disputes would be severely harmed.

With the World Trade Organization completing the review and rejecting the appeal by the European Union of findings that the EU illegally subsidized Airbus in the launch of the A300-A380 and subsequently the A350 XWB, the US is one step closer to potentially imposing sanctions.

The EU may file yet another appeal, reportedly on a very narrow point over interest rates findings, but in the main, this case is over. The US claims the amounts of subsidies total $22bn.

The appeal of findings by the WTO of illegal subsidies to Boeing, amounting to about $5.7bn, should be completed next year. It’s already been reported that the WTO appellate review will probably reject the US-Boeing appeal. If so, then the EU will be one step closer to imposing sanctions on Boeing. 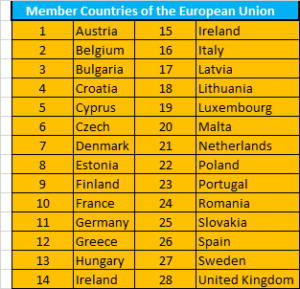 If the US were to sanction Airbus aircraft with tariffs, US suppliers like CFM, Pratt & Whitney, Honeywell, Parker, etc., could be hurt.

Likewise, if the EU were to sanction Boeing aircraft, EU suppliers like CFM, Rolls-Royce and GKN could be hurt.

Key Customers for both could be hurt 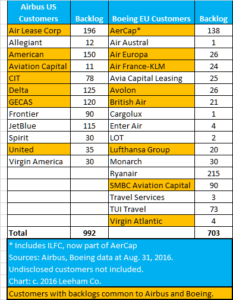 One aspect that hasn’t been identified (as least to LNC’s knowledge) is that tariffs on the Airbus or Boeing airplanes would make these more expense for the customers to acquire—and many of the customers buy from Airbus and Boeing.

If the US imposed tariffs on Airbus aircraft, these would hurt, for example, American Airlines—which is a big Boeing customer. One suspects that American officials might have a thing or two to say to Boeing about this.

Are either the EU/Airbus or the US/Boeing going to want to impose tariffs on good customers who will be hurt?

This is highly doubtful.

So once again, what has been the point of the entire subsidy episode?