Is Norwegian in trouble?

July 11, 2017, © Leeham Co.: In our review of Norwegian Air Shuttle (Norwegian) the 8 of February, we pointed out the company’s ambitious fleet expansion plans with a rather weak balance sheet. We followed up with a second article the 15th of February where we analyzed the risky fleet plans further.

Last week, the longtime Norwegian CFO, Frode Foss, departed. It sent shock waves through analysts and the stock tanked 8% in a day.

The departure of a CFO is many times the pre-warning of troubled times. Foss was with Norwegian for 15 years. It was not a planned departure and Foss has no successor. The post is run by the Investor Relations manager in the interim.

Analysts ask why Foss left. Norwegian’s assurance, that Foss wanted to do something else after 15 years with the company, appears unconvincing. Several speculate the June traffic data reveal (Figure 1) could be behind the departure. It’s not likely.

Foss has been through ups and downs with Norwegian CEO, Bjorn Kjos, for 15 years. A dip in yields by 6% Year-on-Year would not trigger a CFO departure. There must be more behind.

What has deteriorated in recent months is the fleet expansion plan. Norwegian ordered 100 Boeing 737 MAXes and 100 Airbus A320neos in 2012. Of these, Norwegian has the need for the 737 MAX. The A320neos are leased out by the group’s leasing company to other airlines.

The problem is, the A320neos have the Pratt & Whitney GTF engine. Customers try to push out deliveries of these aircraft to mid-2018, when the engine will have its final fixes for today’s problems. Norwegian thus has six A320neo this year which are difficult to place, with a further 13 arriving next year (Figure 2). 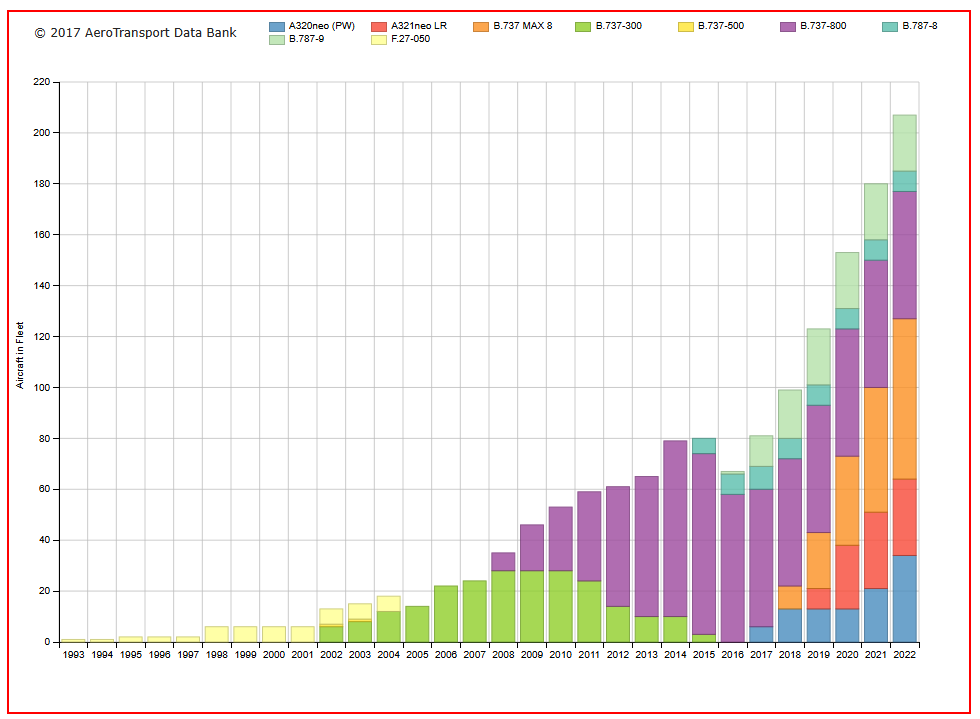 To take delivery of GTF-based A320neos during 2017 is not a good idea for a lessor. When the engine runs trouble-free, the impressive fuel performance (clearly better than advertised) is what the market will remember. This is what a current operator tells us. But right now, the engine is a challenge to operations.

Therefore, it will be difficult to place Norwegian’s A320neos with reasonable lease rates for at least the next 12 months. Each A320neo that cannot be placed costs parking fees, and has no lease payments to cover the financial costs of the purchase.

Each aircraft which is not operating with a lease customer costs Norwegian ~$0.4m per month. With six aircraft scheduled for 2017 and 13 for 2018, the deficits on the leasing arm could quickly reach $20m-$30m, with no easy short-term fix. This compares to a yearly profit for Norwegian of $50m in the last 12 months.

The load on the company’s financial credibility comes when seven out of nine Boeing 787-9s for 2017 shall be financed, on top of six 737 MAXes and six A320neos (Figure 2). For a company in perceived difficulties, the capital costs rise quickly. Not what you want as a finance chief of an LCC, where margins are razor thin.

It’s easy to imagine Foss was against the risky 200-unit narrow body order from Boeing and Airbus. Events have shown the Airbus part (except for 30 A321LRs) was not needed. The perceived risk has happened and Foss, who is renowned for his careful financial planning, probably decided he’d had enough.

He didn’t feel like staying and sorting out the mess.

25 Comments on “Is Norwegian in trouble?”