June 4, 2018, © Leeham News: I never thought I would find myself writing something like this.

Lufthansa Airlines is sabotaging history and its own airplane restoration project.

Lufthansa, the airline that honors its history with the airworthy Junkers JU-52, flying it around Europe garnering millions of Euros of publicity in the process. 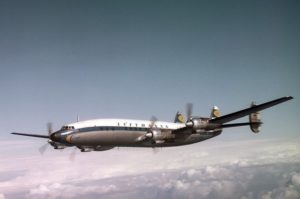 Lufthansa was one of the few airlines to fly the Lockheed L-1649 Starliner Constellation. Only 44 were built.

Lufthansa, which agreed to restore one of just 44 Lockheed L-1649 Starliners to full LH colors and make it flyable.

The engines have been run up. The airplane was assembled. First flights were planned for next year.

And now, Lufthansa is pulling the plug.

Despite media inquiries and questions from leaders of the project, Lufthansa hasn’t said why it is shutting down the effort to create an airworthy airplane.

The plane has been partially disassembled. The wings are scheduled to come off the week of June 24. And if this tricky operation weren’t dangerous enough for a restoration project, Lufthansa apparently told the work crew to keep no records. This kills any prospect of becoming airworthy. 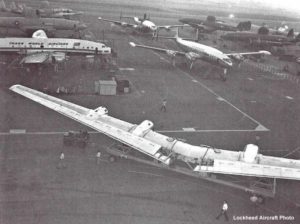 The Constellation wing set was one unit construction. This makes separating the wings from Lufthansa’s L-1649 especially tricky and dangerous to any reassembly. Done incorrectly, and the airplane would never fly again.

This blasphemy has been the subject of Facebook posts for weeks.

Now, work is accelerating, clearly to make the project irreversible before even the sponsors understand what’s happening.

More than 8,000 e-signatures were sent to Carsten Spohr, chairman and CEO of the airline, and Karl-Ludwig.kley, chairman of the supervisory board, urging Lufthansa to complete the restoration and making the L-1649 airworthy. See this link for information.

It would be the only example of Lockheed’s final Constellation to be preserved and airworthy.

The petitions were to no avail.

Lufthansa plans to fly the Starliner, disassembled, to Germany to place in an unidentified museum. Officials claim more people will see the airplane in a museum than at air shows and other events. 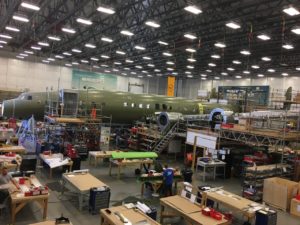 I disagreed. I sent the following message to Spohr and Kley—only to get a form letter email in return from corporate communications.

I’m sure you have received many emails urging LH to complete the restoration and airworthiness certificate of your Lockheed L1649 Constellation in the USA. The argument is you’ve come “this close” and spent “this much,” please finish the job. I concur, but I want to offer another rationale about how there can be a return on this investment.

Certainly, the reported $200m spent is an extraordinary sum, if accurate. Let’s put this and any “completion” money to work for LH.

There are many, many opportunities for LH to leverage this airplane for branding, advertising and philanthropic purposes. It can be used to interest students in STEM education, to meet a need for aerospace engineers and other technical people. It can be used to help interest people to become pilots, for which Airbus and Boeing conclude there is a need for about 617,000 over the next 20 years.

And, it can be used to promote LH’s history and that of commercial aviation.

Imagine advertising/branding that marries the history of LH, including the pinnacle of the piston era, to today’s LH.

Imagine how special flights can be used to raise money for philanthropic purposes.

Enthusiast scenic flights, for a fee, professional tours/vacations, such as those by the UK firm Ian Allen, may be arranged. These may be tied to LH promotions, fare or vacation packages.

Appearances at the Berlin ILA, Paris and Farnborough air shows would put the LH name and brand before worldwide audiences.

I could go on, but in the interests of brevity for what may be thousands of emails to you, I will stop with this 41,000 ft overview. As someone who has been involved in branding/advertising, I see many, many opportunities. (Do not view this as a pitch for business; you obviously would want our own agency to be leading this.)

The value of advertising, editorial stories, television coverage, etc., could easily exceed your restoration budget, given time. I can envision documentaries on German and US television (“Great Planes” is a show in the US, for example) that will give LH great focus.

Please complete the restoration and airworthiness in the US and look at this not as a costly expense but as a marketing investment.

Thank you for your email to Mr. Spohr and Dr. Kley.

We appreciate your commitment regarding the Super Star project conclusion. It is true, that there will be changes in this ambitious project. We appreciate the great work that has been done in recent years, to restore this wonderful historic airplane. However, these works have also shown how complex the project is and how technically demanding a commercial flight operation would be. As plans to operate the aircraft in commercial flight operations are not being pursued, it was decided to ship the aircraft to Germany for the next phase of this project. The future of this project will be decided only after the shipment to Germany.

Lufthansa acknowledged at its recent AGM that it spent €90m on the project. Corporate sponsors spent another $100m.

All this to come so close to making the airplane airworthy, but instead putting the plane into some museum.

Lufthansa asserts that with 120 octane aviation gas no longer available, the plane can’t be properly operation.

The Eastern Airlines DC-7B that was restored 10 years ago to airworthy condition has the same engines as the Constellation. 100 octane av gas was and is available. It just means flying at lower altitude and reduced power settings, but this works fine. My trip report of this adventure is here.

LH also said the lack of avgas means it would have to be trucked or flown into destinations.

Who the hell is running the airline to come up with a statement like this?

Sponsors in the dark?

I’m told corporate sponsors signed onto the project with the promise the airplane would be made airworthy again, absent any technical reasons. Lufthansa appears to be sabotaging the project for financial consideration.

It’s unclear if the corporate sponsors are even aware of the situation. Those involved in the project don’t think the sponsors know.

Among the sponsors: Airbus, Boeing, GE Aviation and JetBlue. 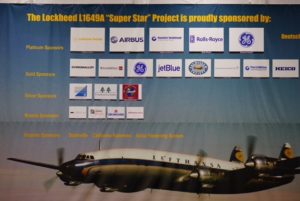 Sponsors for the restoration to airworthy condition of the Lockheed L-1649 Constellation.

Lufthansa hasn’t told those directly involved in the restoration why its shutting the project down. Given that the finish line is in sight, the move is unfathomable.

It’s more than that. It’s shameful.