July 12, 2019, ©. Leeham News: Norwegian Air Shuttles’ (Norwegian) founder and CEO for 17 years, Bjorn Kjos stepped down yesterday.  Over the last year the CFO, Board chairman and now the CEO have changed.

This signals a change in strategy for Norwegian. The new management is focused on halting growth and cutting costs. Norwegian must now consolidate itself to profitability. 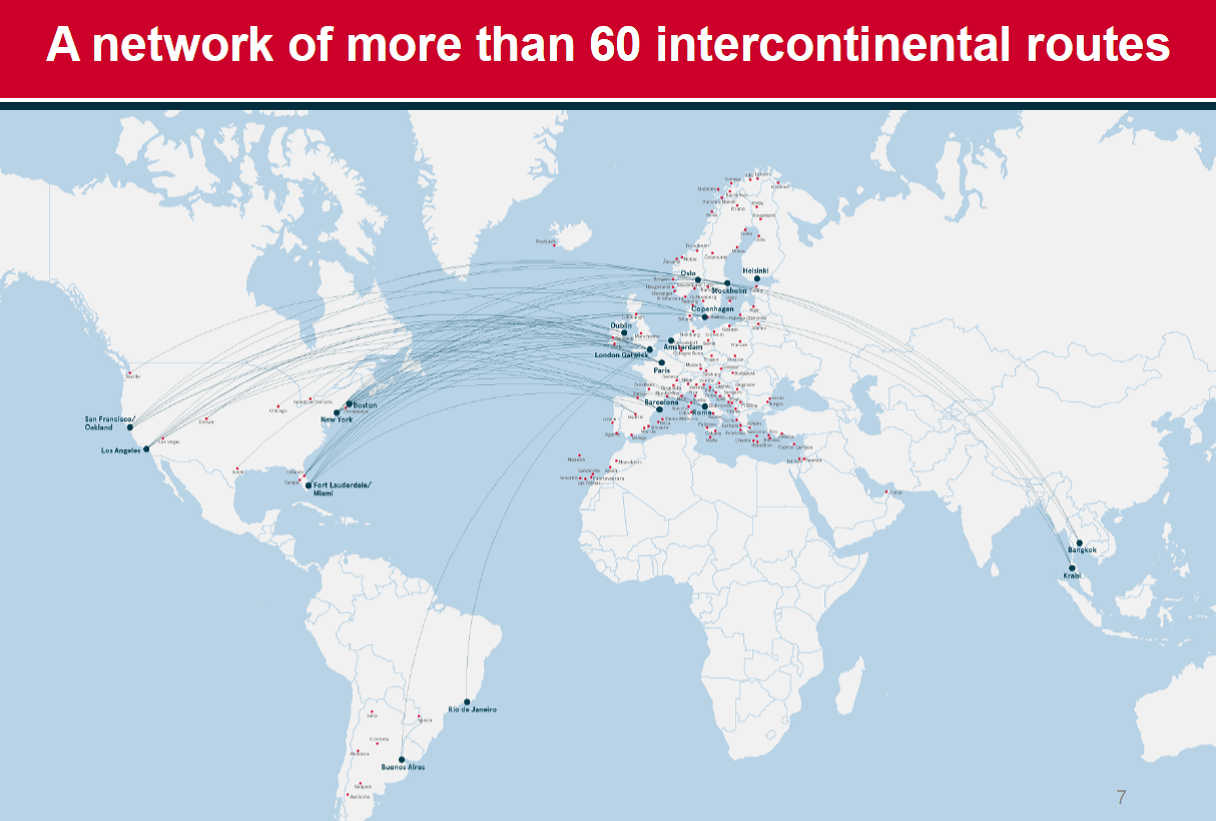 Norwegian goes from growth to consolidation

Norwegian has grown to the worldwide leader in Low-Cost long-range flying and has built an intercontinental network (Figure 1) over the last five years.

This fast expansion has cost a lot of money, with each winter bringing losses of around two to three billion NOK ($250m to $375m) which has been covered by selling assets and issuing of new shares.

As shareholders have grown tired of injecting more capital, the growth rate has slowed and new airline management is now working to get revenue and costs to balance.

The loss during the winter, which exceeded 4bn NOK, was covered with selling new shares for 2,927m NOK in February.

In the last year, the number of shares went from 45 million spring 2018 to 137 million today. The share price tanked with 69% as a result.

New management is now taking over with the CFO, Geir Karlsen, who arrived April last year, as acting CEO while a consolidation minded CEO is sought.

This new recruit will work with the new board chairman Niels Smedegaard which came onboard mid-April, replacing longtime Kjos ally Bjorn Kise.

Time to tighten the ship

The last year has seen a stop to the growth of Norwegian’s operations. Lofty aircraft purchase programs have been cut back.

The ordered Airbus A320neos and A321LRs have been rescheduled for later and 18 737 MAXs have been postponed. The 14 grounded Max 8s will cost Norwegian an estimated 700m NOK this year. Compensation will be sought from Boeing.

In total $2.1bn of aircraft investments have been pushed out of 2020 and 2021. To get cash, Norwegian owned 737-800s have been sold and leased back. The fleets halted expansion is visible in Figure 2. 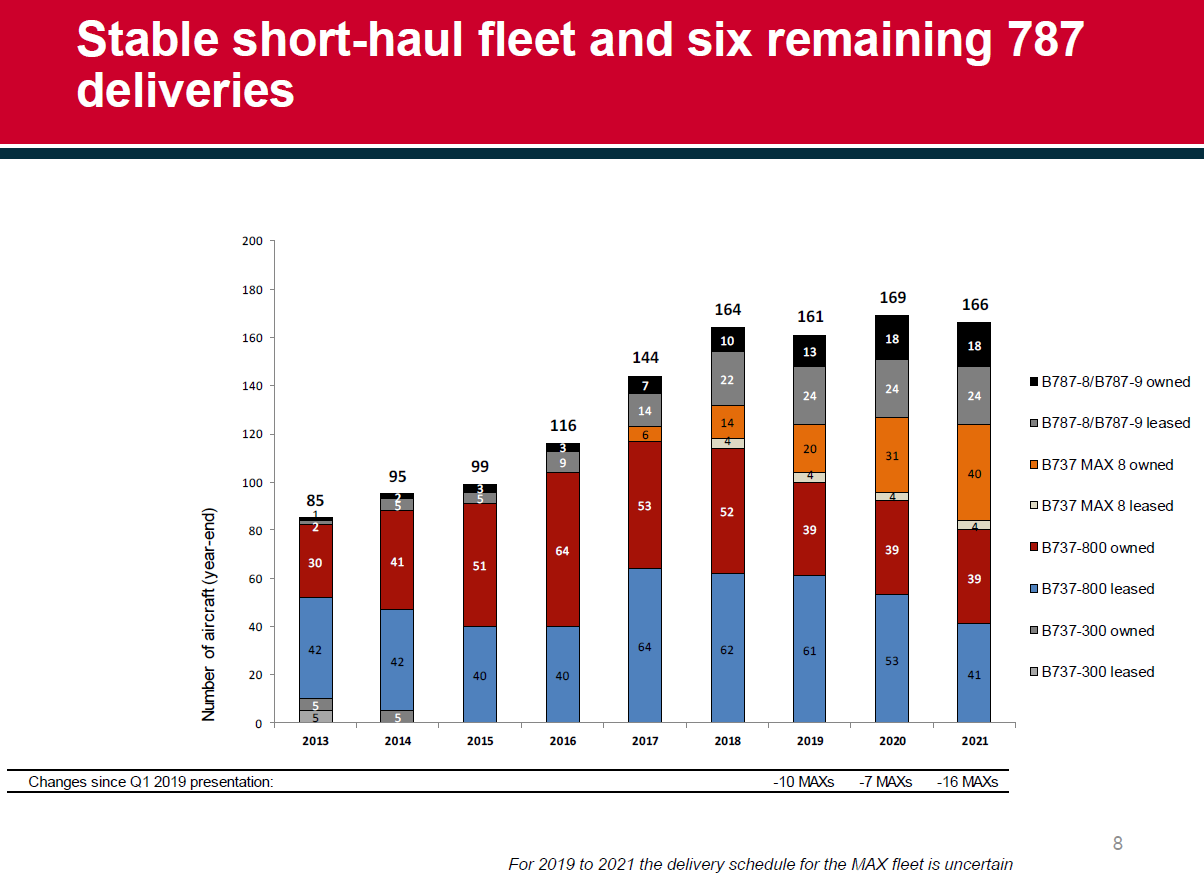 The new management must reduce cost and consolidate revenue so enough profits can be made in the summer months to cover the tough winter months.

This is work to be done as the second quarter of 2019 reported yesterday saw revenue exceeding costs with only 83mNOK ($9.6m). With a balance sheet with 3% shareholder equity, there are no margins for further losses without capital injections.

The question is whether the new management is preparing Norwegian for a take-over. Both IAG and Lufthansa have looked at Norwegian. With Kjos and Kise gone, a sale might be in the strategic plan.

← Will the NMA-7 finally kill the A330?
Airbus pulls anniversary book →