Bjorn’s Corner: Airbus’ A321neo has a pitch-up issue (now with a second update)

EASA writes “excessive pitch attitude can occur in certain conditions and during specific manoeuvres. This condition, if not corrected, could result in reduced control of the aeroplane.”

We analyze how this is similar or different to the Boeing 737 MAX pitch instability issues.

NOTE 2: We have got a further update from Airbus, see below.

The AD makes clear the issue is connected to a software version of the A321neo Elevator Aileron Computers (ELACs), the Fly-By-Wire computers used for the A320 series control of pitch and roll.

As the AD does not apply to the in-service A320neo, the issue is not connected to the pitch instability which comes as a natural consequence of mounting the larger neo engines on the A320 series. It’s restricted to how the present A321neo version of the ELACs handles the aircraft’s controls in an excessive pitch up condition in an isolated flight mode, the Flare mode when landing.

Note 2: Since writing the article and our first note Airbus has provided us further information, given verbatim here:

The origin of the “excessive pitch” is associated to a reduction in efficiency of the angle of attack protection in a very remote combination of conditions, these being: The need for the crew to perform a dynamic manoeuver (such as a go around) AND the aircraft being below 100ft AND specific landing configuration AND a very aft CG.

Our comment to the new information: The Airbus information explains why the issue is limited to the A321neo. There were changes made to its FBW in the present release of the software to make the aircraft react livelier to commands in approach configuration Full flaps and when in FBW Flare mode. These changes can in a very remote case render the stall protection (Airbus FBW protects you from entering a stall) less effective. It wasn’t detected in test flights of the A321neo as it requires the Pilot to command a very strong pitch up when in Flare mode and keep this command when entering the pre-stall and stall region of the aircraft. If you pitch up an Airbus violently and don’t stop the pitch before coming close to stall, you’d expect the aircraft to always hinder you from entering the stall. In this remote case with a very strong-handed pilot and an aft CG, Airbus found this can be less effective. The AD is about avoiding this remote case, to guarantee the expected stall protection is at all times effective. The restriction is to avoid the most aft CG positions for the aircraft until the next release of the FBW software is available 3Q2020.

This part of the article is a general discussion about the physics involved in the pitch stability of aircraft. Read my series about this here for more background, it continues for nine more weeks on the Fridays. With the above explanation from Airbus, it’s not connected to the issued AD. The larger engines for the A320neo series are controlled by the aircraft’s inherent pitch stability which is constituted by the aircraft’s horizontal Stabilator and Elevator and its FBW which controls these aerodynamic surfaces. 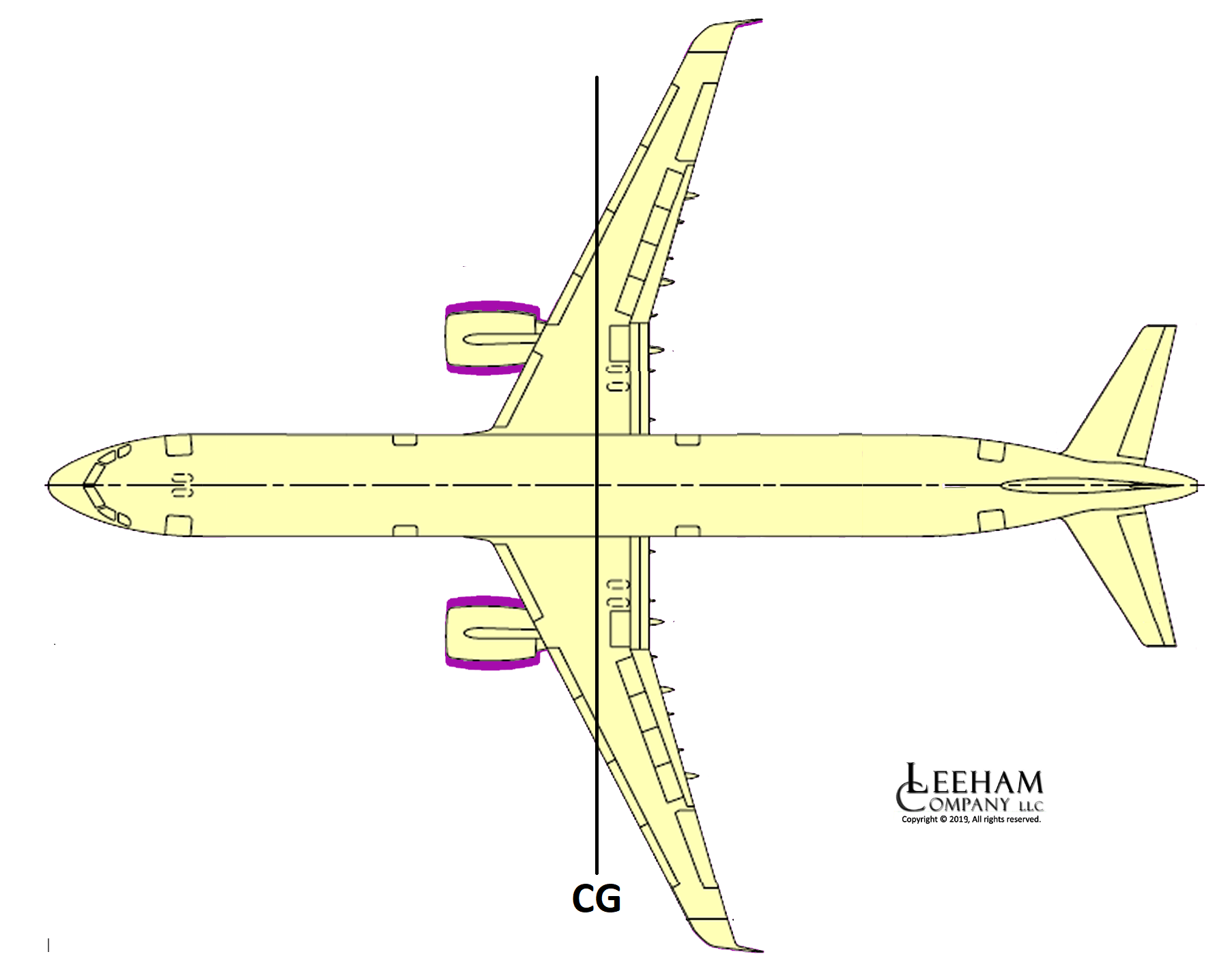 Figure 1. A321 shown on top of A321neo. The larger engine nacelles are marked with a violet color. Source: Airbus and Leeham Co.

As for the MAX, the larger nacelles for the A321neo are placed further up relative to the wing (Figure 2) but no further forward. The nacelles are larger than the 737 nacelles, however, so the pitch up moment from the engines in isolation can be similar. As the engines sit lower on the wing their combined effect with the rest of the aircraft and its wing is not the same as the 737 MAX. According to Airbus, it has not been forced to do anything special to control the changed pitch balance of the A321neo. 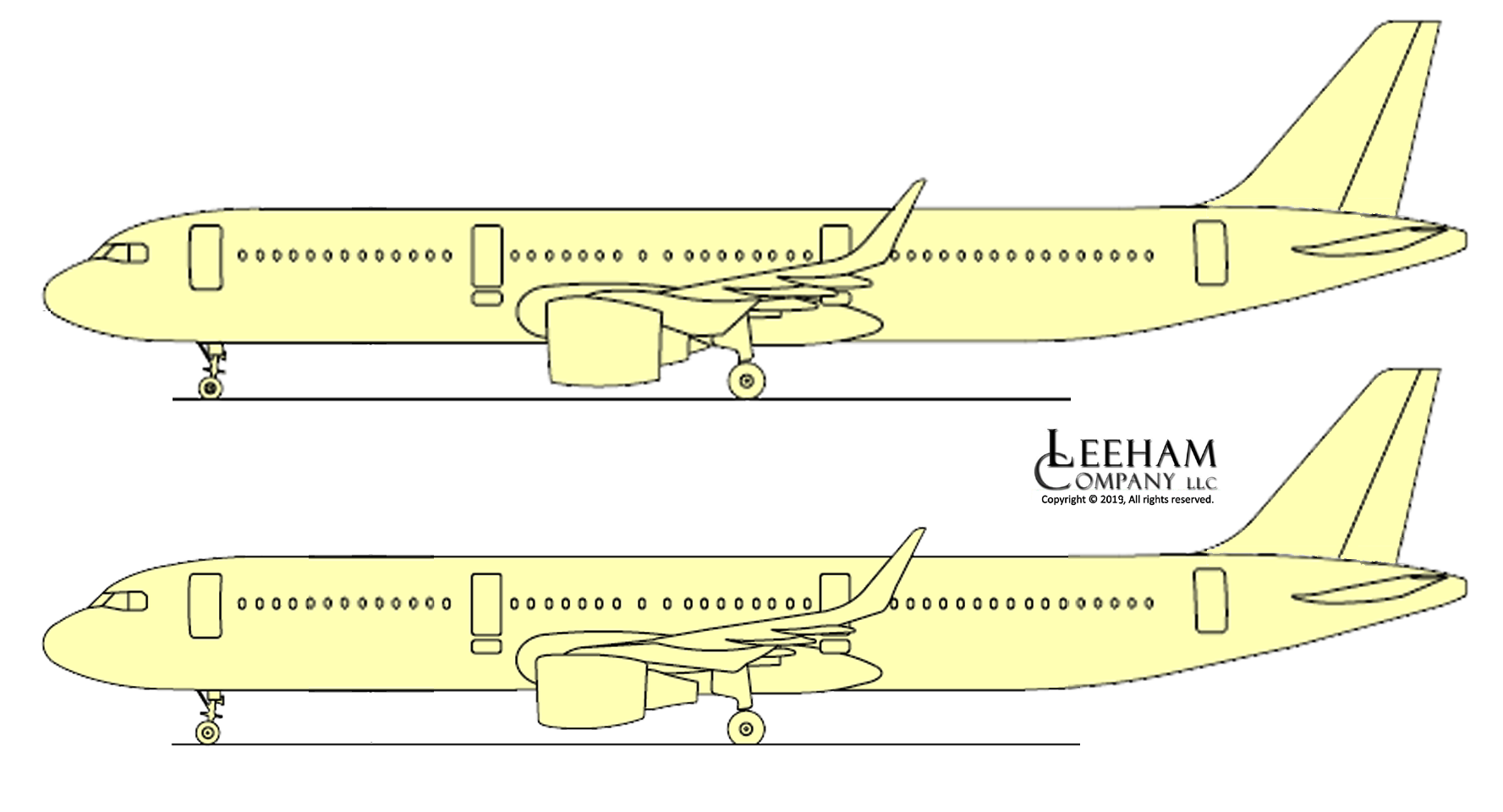 Figure 2. A321 below and A321neo above. The neo has larger engine nacelles, mounted higher relative to the wing. Source: Airbus and Leeham Co.

The AD and the explanation from Airbus singles out recently changed flight laws in the ELACs for the A321neo to be the root cause for the pitch-up described in the AD. It allows the Pilot to command fast dynamic pitch ups when in Flare mode (which is just before landing) and at a very aft CG. If the pilot keeps commanding the fast pitch-up into the stall region it can overwhelm the present anti-stall algorithm. The FBW software needs a change so this condition does not occur and the Airbus anti-stall function works as described in the Flight Manual. Until this change is fielded 3Q202o there are restrictions to the aircraft’s aft CG limit to avoid the described condition to appear.

There are several takeaways from the above (changed since the original article):

It also incentives me to continue my Stability and Control Corners where I will dwell deeper on the differences between a conventionally controlled aircraft and an FBW aircraft.

101 Comments on “Bjorn’s Corner: Airbus’ A321neo has a pitch-up issue (now with a second update)”