– Airline investor 777 Partners placed firm orders for 30 737 Max 8200 aircraft and agreed to a further 36 commitments for the high-density Max model. The aircraft have been earmarked for 777 Partners’ two airline investments: Flair Airlines in Canada and Bonza Airline in Australia.

– Porter Airlines exercised purchase rights and signed a firm order for 20 Embraer 195-E2 passenger aircraft, adding to its existing 30 orders. Porter’s first delivery is scheduled for the second half of 2022, when the Canadian carrier will become the North American launch customer for the E195-E2, while will be powered by Pratt & Whitney Geared Turbofan engines.

– Delta Air Lines confirmed additional orders for 12 Airbus A220-300 aircraft. The US airline has now ordered 107 A220-family aircraft, the first of which it received in late 2018. The aircraft are powered by Pratt & Whitney Geared Turbofan engines. 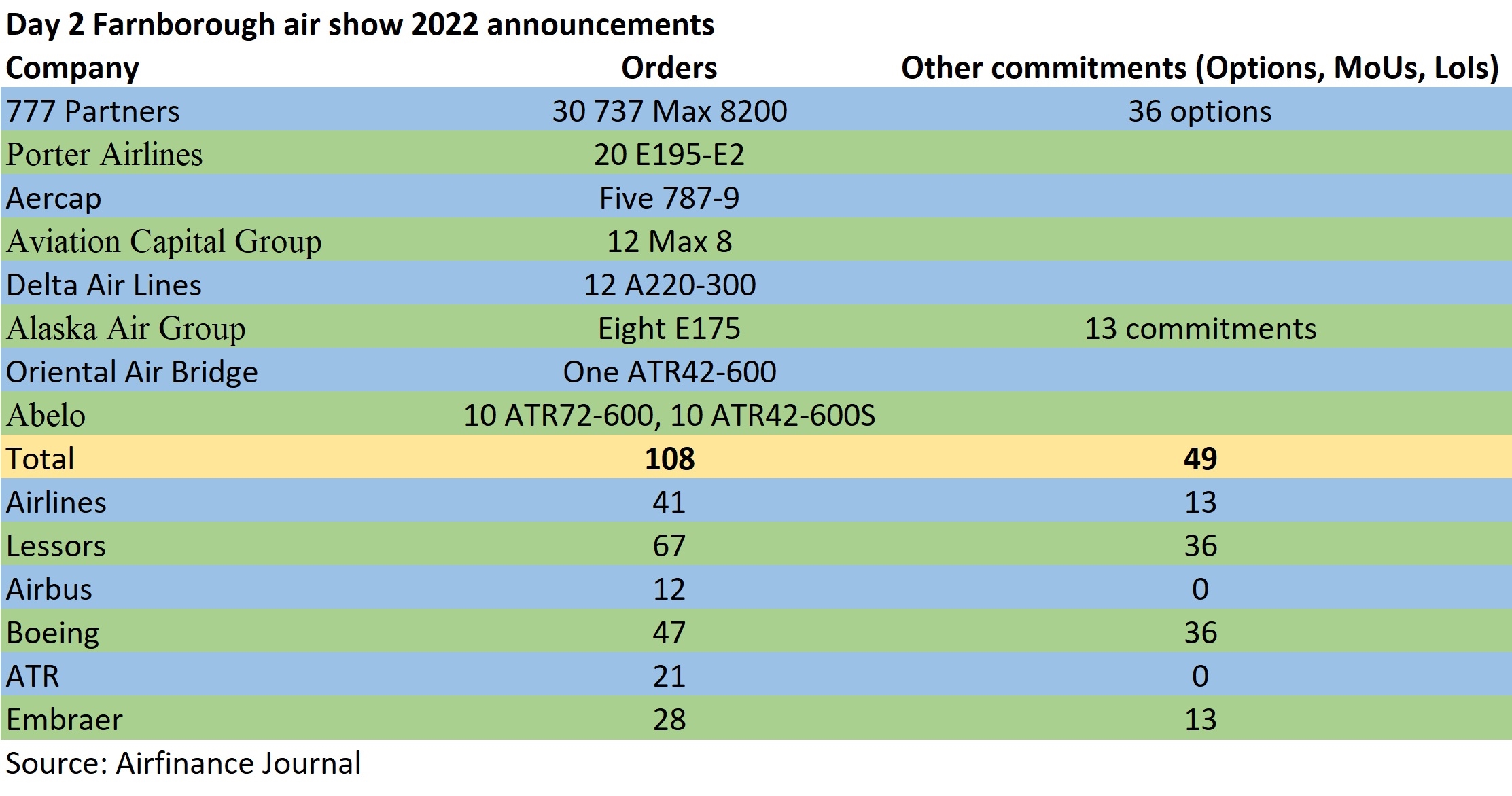 – Alaska Air Group ordered eight additional Embraer 175 aircraft and took options for 13 more. The E175 aircraft will fly for Horizon Air under a capacity purchase agreement with Alaska Airlines. Horizon is transitioning to an all-E175 fleet and Alaska said that with this order by 2026, if not sooner, Horizon will have a fleet of 50 E175s.