Embraer’s Third Quarter: Embraer delivered fewer commercial airplanes in the third quarter than had been expected. The maker of E-Jets and the E-Jet E2 re-engined versions due beginning in 2018 listed its deliveries and backlog in its press release. Analysts expects 22 E-Jets would be delivered in the quarter. But the backlog is up 44% year-over-year, largely on the strength of the launch of the E2 (150 orders, 100 of which are for the smallest E-175 E2 and 25 each for the E-190/195 E2), and orders from Republic Airways Holdings and SkyWest Airlines for the current generation of E-Jets. The E-175 remains to most frequently-ordered airplane. 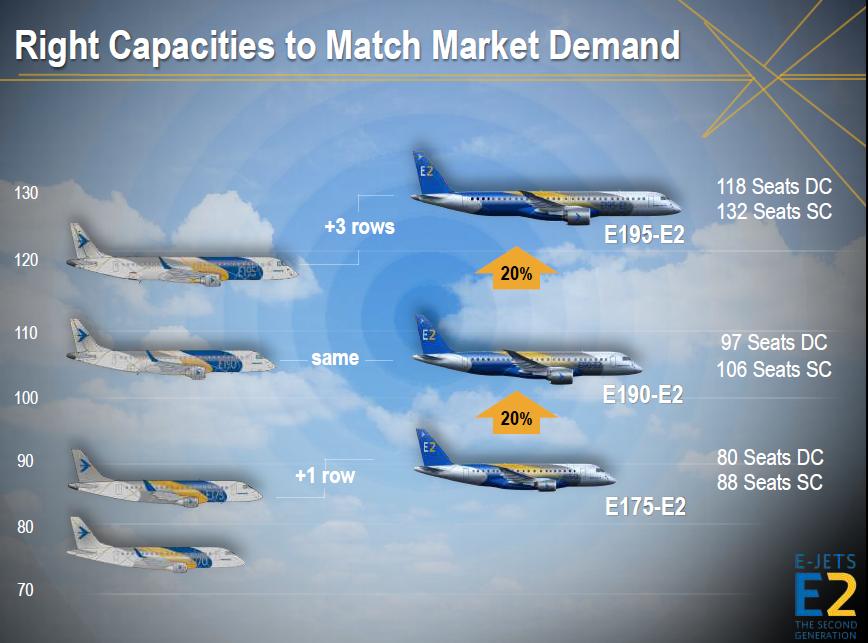 Officials expect to have a healthy fourth quarter delivery stream.

Mitsubishi MRJ: Assembly for the first Mitsubishi MRJ Flight Test Vehicle (to borrow Bombardier’s term for the CSeries) is underway. The first delivery was originally planned for this year; it’s now planned for 2017, four years late. This rivals Boeing’s 787 and exceeds the Airbus A350 and as yet the CSeries.

JAL, ANA Politics: Reuters has an analysis about the suspicion politics may have been involved in the decision by Japan Airlines to buy the Airbus A350 and the pending order by ANA of an Airbus or Boeing airplane.