September02, 2016, ©. Leeham Co: One of our aeronautical greats, Joe Sutter, left us this week. He’s one of the characters in aeronautics that I admire for his capability to find what is the right thing to do, take the tough decision and fight it through. 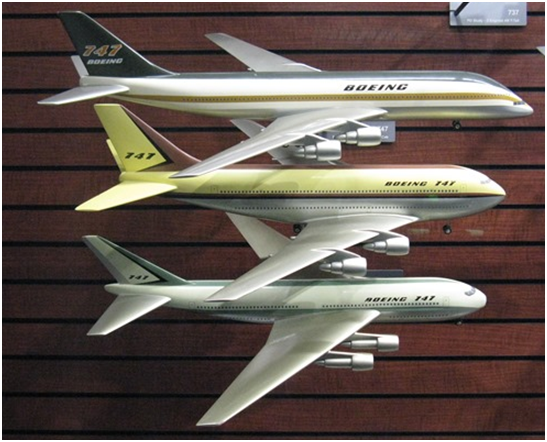 Sutter was the chief engineer for the Boeing 747 project that found that the original idea of stacking two 707s on top of each other, Figure 1, was wrong and instead took the long route to explain what was the right way to go, dual aisle and 10 abreast.

Sutter did more than the 747

When Sutter joined the 747 project as Chief engineer, the airlines (PanAm, Lufthansa) wanted an aircraft two times larger than the Boeing 707. As dual aisle aircraft was unheard of, the original idea was to stack two 707 on top of each other. Gradually Sutter’s team found it was the wrong way to go.

Putting them side by side in a wide-body fuselage with two aisles was better. But the airline managers would not buy it, they couldn’t think around something they’d never seen or experienced. So Sutter’s team build cardboard mockups of both concepts, flew the managers to Seattle, and once they had seen a dual aisle cabin, they were convinced. Today’s 747 could be made.

Before Sutter became Chief engineer for the 747, he was involved in the Boeing 727 and 737. For the 737, he was instrumental in putting the engines under the wings instead of at the back of the fuselage like the Douglas DC-9 or the Sud Aviation Caravelle.

The Caravelle pioneered placing the engines at the back of the aircraft as they were straight jets at the time and incredibly noisy. This spared a large part of the cabin the engine noise.

Once bypass engines decreased the engine noise, the placement on the wings was structurally better as the engines acted as counterweights to the wings lift forces. The forces also come in an area where the forces from the wings, engines and main landing gears all coincide. One can therefore make a limited area strong instead of having the forces traverse a long fuselage.

Boeing filed a patent on the 737 engine placement in Sutter’s name. That design decision will outlast the twin aisle 747 in terms of production longevity.

Beteille was one of the aeronautical engineers at Sud Aviation that did the Caravelle, the first commercially successful short range airliner. He later became Program manager for the Airbus A300.

Beteille, an engineer and his secretary was the total Airbus A300 staff at the time. The rest were allocated people from partnering companies Aerospatiale, MBB, BAE, CASA, etc., and all had their own agendas. It was Betielle’s brilliance in getting people on his bandwagon that made A300 go from yet another failed European cooperation project to the success it became and Airbus what it is today.

One of the first things Beteille did was to shrink the too-large 300-seater A300 to the 250 seat A300B and change the cross section to today’s eight abreast which could take two LD3 containers below the cabin area, Figure 2. 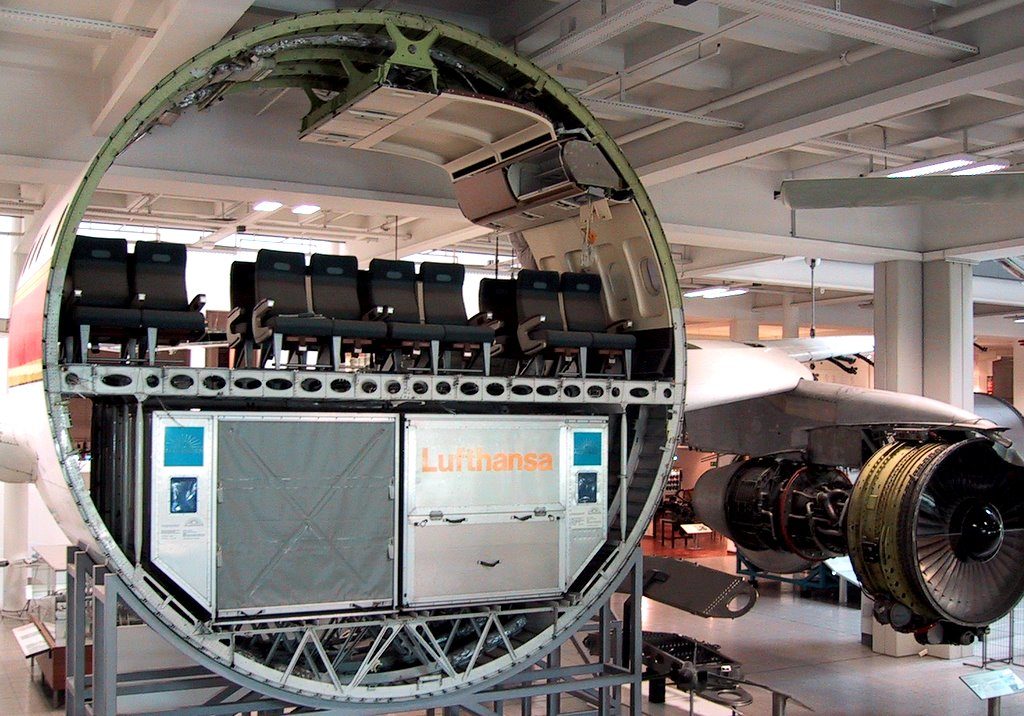 Like Sutter influenced the 737, Beteille (then Airbus tech chief) decided that the A320 should have Fly-By-Wire. He reasoned,”If we shall compete with the 737 and DC-9 and be this late, we must have something special.” Today, the A320 is the backbone of Airbus and the A300/330/340 the aircraft families that made it a world player.