Looking 15 years ahead for Airbus, Boeing

Oct. 5, 2016, © Leeham Co.: The next 15 years won’t bring any relief to crowded airports and airplanes but nevertheless there are warning signs for the likes of Airbus, Boeing and the supply chain. 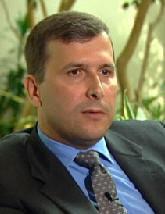 Looking ahead to 2030 will see aircraft production peaking early in the next decade but begin to fall off or the Big Two Original Equipment Manufacturers as new entrants begin to be felt, predicts Michel Merluzeau, an independent consultant.

While Airbus and Boeing will continue to be the dominant producers of commercial airliners, China’s plans for the C919 single-aisle airplane and the C929 dual aisle aircraft will begin to make inroads in the mid-2020 decade and in the 2030 decade, he said.

At the other end of the spectrum, Bombardier’s CSeries won’t make much of dent, he said.

For suppliers, the next 15 years is about cost reduction efforts, Merluzeau said. “It’s about industrial policy and government interference or support. It’s about getting others into cost reduction programs. It’s about Tier 2 and Tier 3 suppliers asking whether they want to stay in this business.”

The supply chain stress is at highest since World War II, he said, notably at the “bookends:” materials and interiors.

Increasing use of robotics is a certainty, Merluzeau said.

Merluzeau gave specific predictions by equipment type of the market demand over the next 16 years. He sees a future for the Airbus A380, but not the Boeing 747-8.

“Airbus is a little bit concerning toward the back end of the forecast,” he said. “They are so vested in narrow body aircraft. Sales on wide-body will soften toward the back-end of forecast.”

Merluzeau believes Boeing will launch the Middle of the Market aircraft, which he calls the 7M7. It will be a twin-aisle jet that replaces not just the Boeing 767-sized aircraft but also the 787-8, which he says will be discontinued in 2020 or 2021. (Note: this concurs with LNC’s forecast.)

78 Comments on “Looking 15 years ahead for Airbus, Boeing”