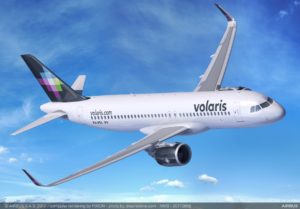 Indigo Partners has no relationship to the Indian airline, Indigo, which had the largest backlog of A320s. Partners owns Frontier Airlines in the US, (United States) and owns or is a major investor in , JetSMART (Chile), Volaris (Mexico) and Wizz Air (Hungary).

Engines will be selected later.

flyDubai committed to 50 MAX 10s, with 125 being split between the MAX 8 and MAX 9. The remaining 50 of the 225 aircraft are at this stage purchase rights. The entire package must be converted to a firm order.

CDB said the “agreement was reached in two steps: an original purchase agreement signed in 2014 for 45 A320neo Family aircraft, which remained undisclosed to date; and the firming up of the Memorandum of Understanding (MoU) for an additional 30 A320neo and 15 A321neo aircraft announced at the Le Bourget Paris Airshow in June 2017.”