Airbus also presented an update on the progress of the A330neo program, now in the middle of flight tests. 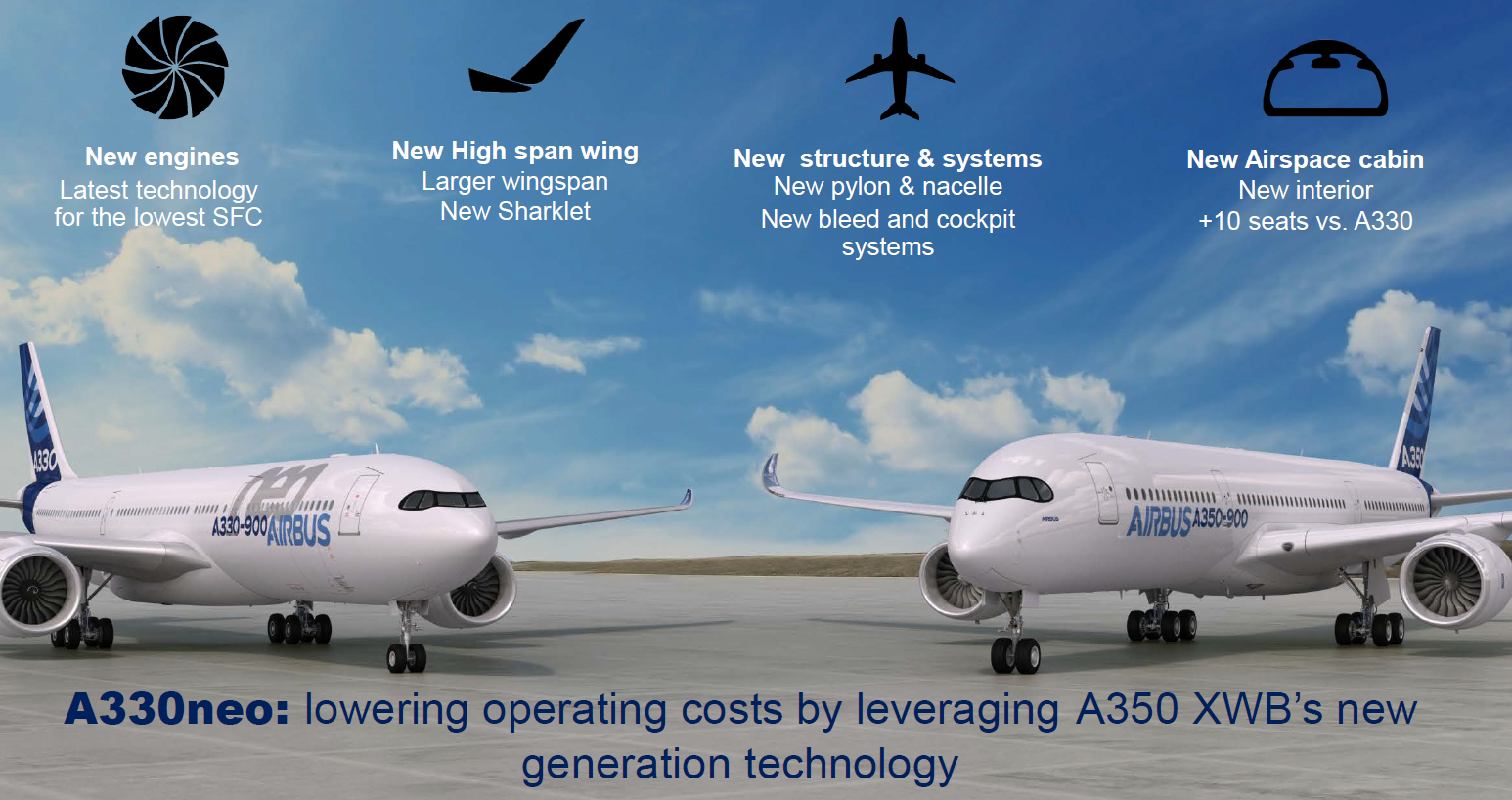 At the core of the A330neo program is the change from engines designed in the late 1980s to updated Boeing 787 Trent 1000 engines. 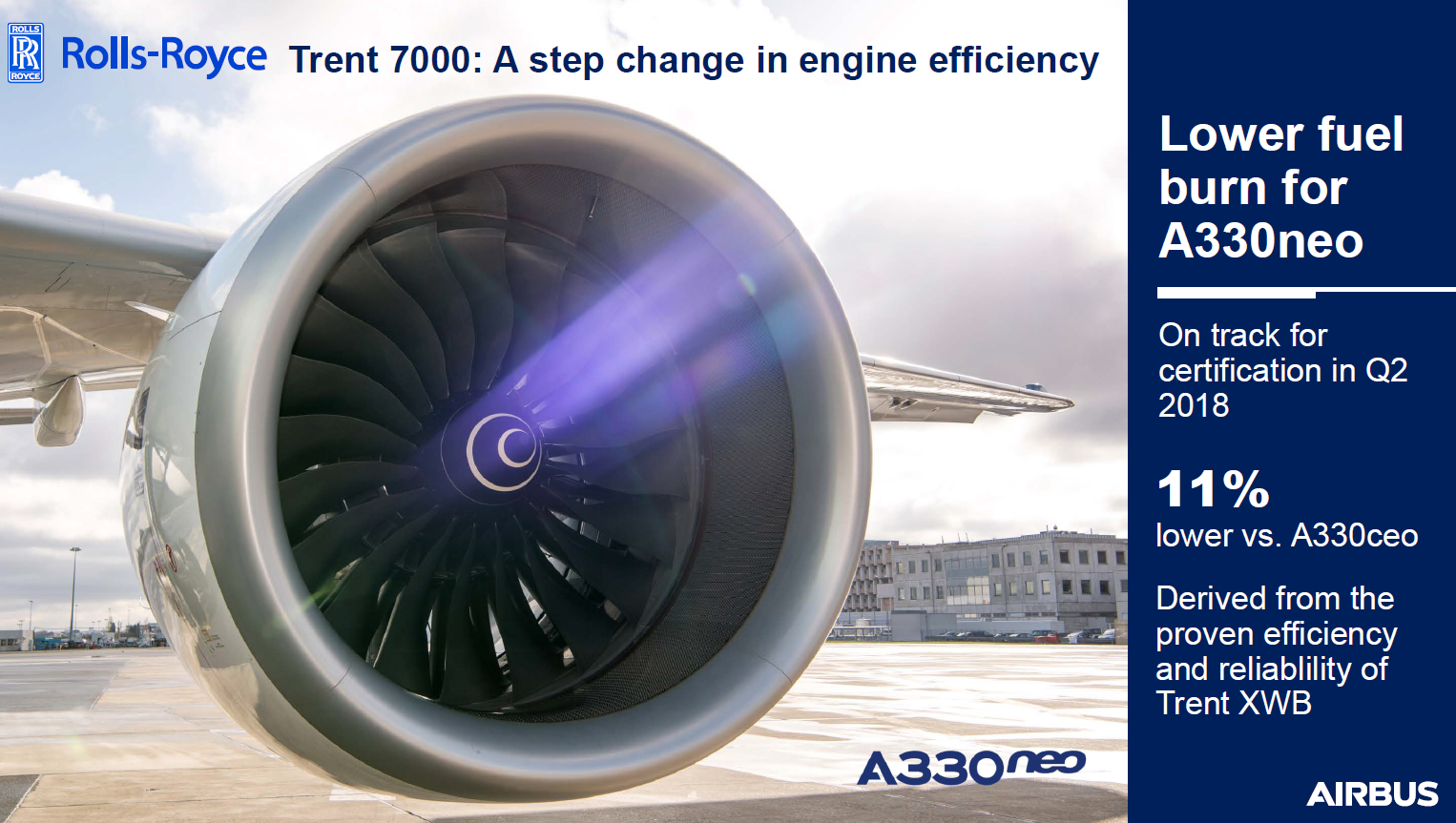 The Rolls-Royce Trent 7000 is a derivative of the Trent 1000-TEN, which was updated with core technology from the Airbus A350’s Trent XWB engines.

Another important change for the A330neo is wings with new winglets (once again based on A350 technology) combined with an adapted wing twist, Figure 3.

Figure 3. The A330neo has several changes to the wings. Source: Airbus.

The number one slat has a smoother integration with the wing and the flat track fairings have been reshaped to an A350 derived shape. With a wingspan of 64m versus the 61m of the 787, the A330neo wing now has a higher aspect ratio than the 787’s wing.

The A330neo also has an A350 derived cabin, based on the Airspace cabin program. In figure 4, it’s hard to see there are two different cabins presented, A330neo to the left and A350 to the right.

By moving the pilot crew rest to a common crew rest and introducing new lavatories with smaller footprints, the A330neo cabin can take up to 10 passengers more than the A330ceo cabin at equal seating and comfort standards.

The A330-900 and -800 were launched and developed simultaneously, Figure 6. The extra cost of developing the smaller -800 is negligible as the variants have over 99% commonality.

The -900 is now halfway through its flight test program, with A330-800 starting flight test soon. Among the tests completed are hot and cold testing, Figure 7. 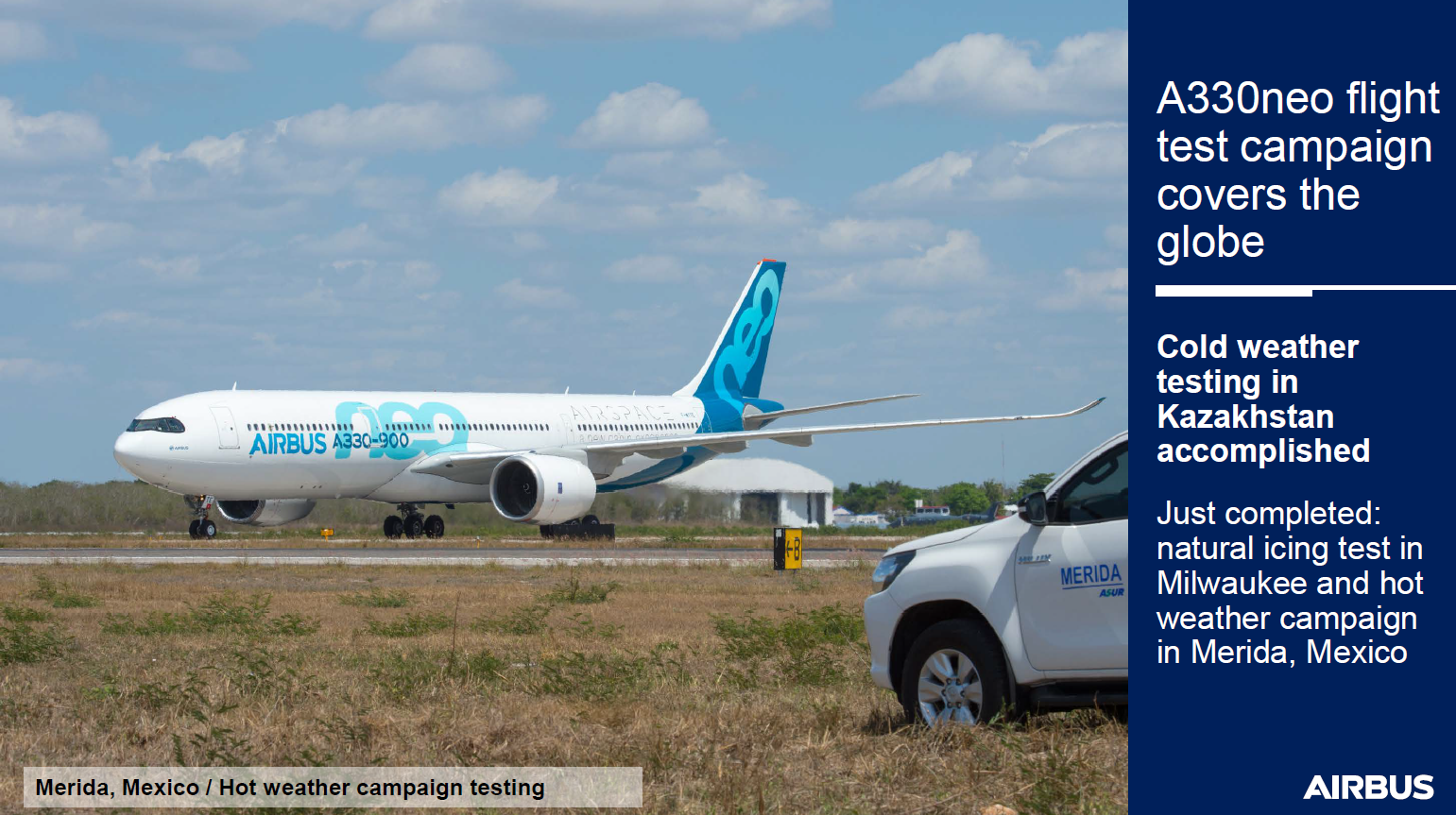 Part of the reason for bringing the A330-800 to market is the expected replacement market for the A330-200. This model entered the market five years after the -300 model, Figure 8 and 9.

Figure 8. Entry into service of A330 variants. Source: Airbus.

The resulting strong sales of the A330 means it’s now the most spread widebody aircraft with 107 passenger airlines operating the models. Figure 11 shows the operational spectrum for the A330. It’s unusually broad. The size of the bubbles shows the size of the fleet. 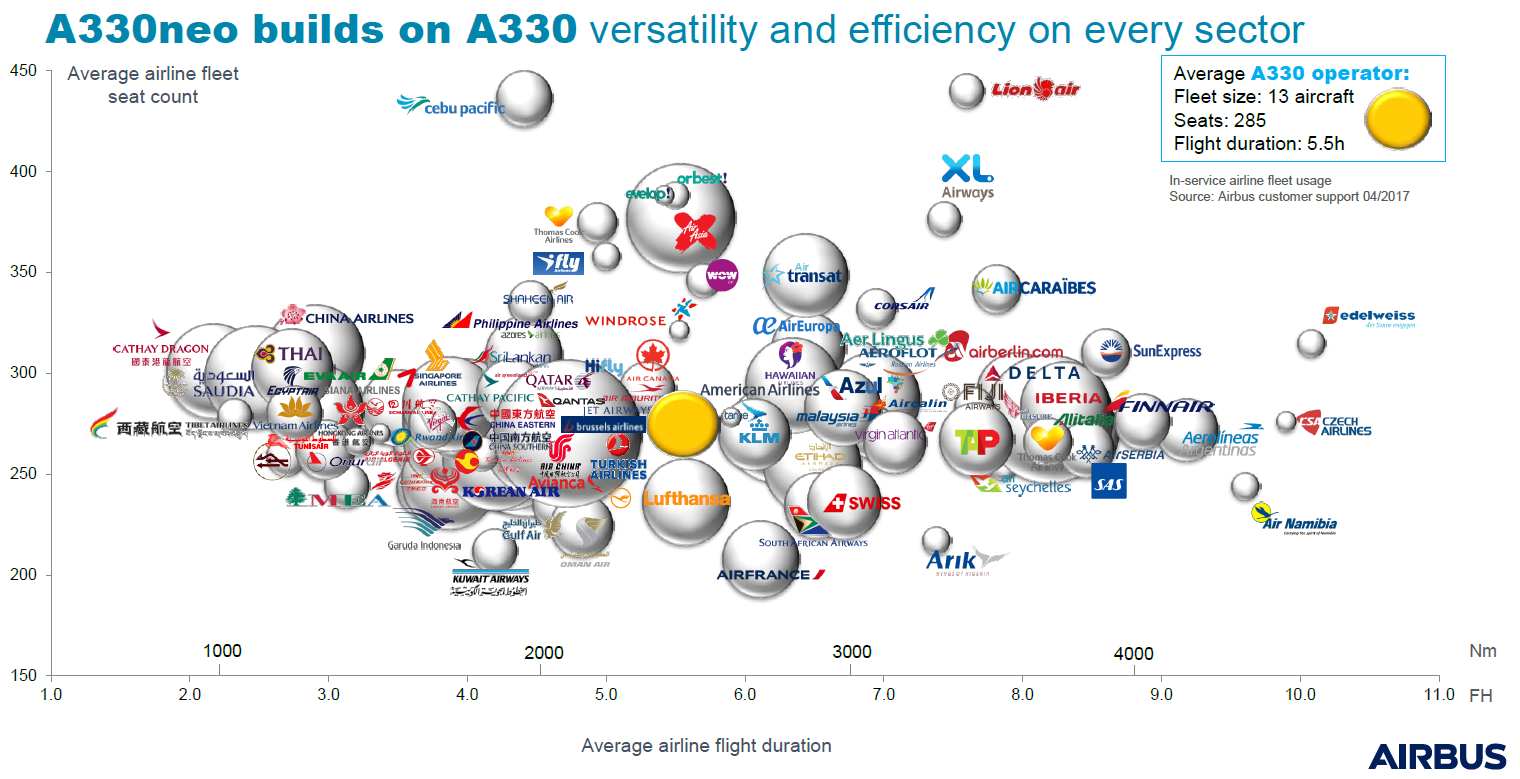 The longest flight duration in Figure 11 will increase further. Airbus today formally launched the 251t version of the A330neo, both for the -900 and -800 versions. This increases the maximum range of the models, where the -800 now flies longer than Boeings longest range 787, the 787-9, Figure 12.The variants will be available from 2020. 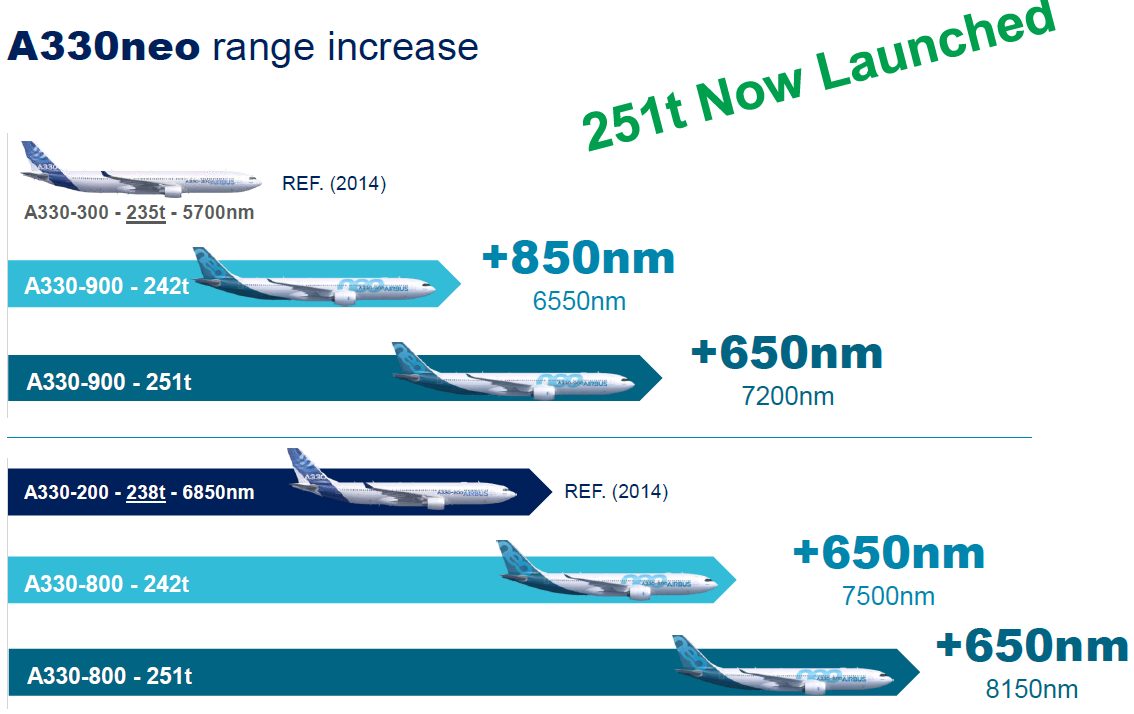 Boeing states the full passenger range for the 787-9 as 7,635nm. Conditions for the A330-800 and the 787-9 are not the same. We will put both in our performance model, weed out the differences and report the apples-to-apples range difference between the two in an up-and-coming article.

Figure 13 shows the development of the Maximum Take-Off Weight over the years and by it the range of the A330 variants. 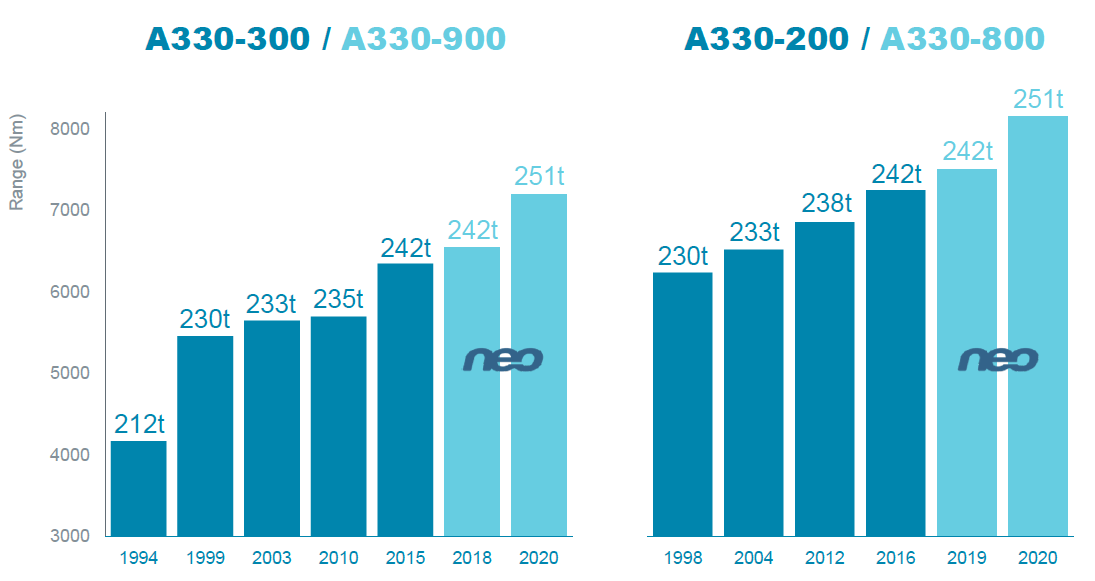 Figure 13. Maximum range versus MTOW over the years for A330 versions. Source: Airbus.