uly 26, 2018, © Leeham News: Airbus posted strong earnings for the year’s second quarter, thanks to better profitability on its A350 and A320 programs. Investors rewarded the news by pushing Airbus share prices to a 52-week high Thursday morning.

However, Airbus lowered its earnings for the full year due to its takeover of Bombardier’s troubled C Series program, since renamed the A220. Airbus plans to deliver 18 of the single-aisle jetliners this year.

The company delivered 303 aircraft in the first six months of the year, and plans to deliver about 800 by year’s end. Deliveries are backed up from the first half of 2018 due to engine supply problems on its A320 program. Persistent teething problems with Pratt & Whitney’s Geared TurboFan engine have delayed A320neo deliveries.

Airbus’ adjusted EBIT (earnings before interest and tax) was €867m for its commercial airplane division due improvement on the A350 program and more cash generation from the A320 program. EBIT for all Airbus divisions was €1.162bn.

Hell of a ride

The number of A320neos parked without engines outside Airbus assembly plants peaked at about 100 airplanes in late May. The number dropped to around 80 by the end of June, Airbus Chief Executive Tom Enders said during an earnings conference call Thursday.

It will be a “hell of a ride” as Airbus continues to whittle down that number in the second half of the year, Enders said. 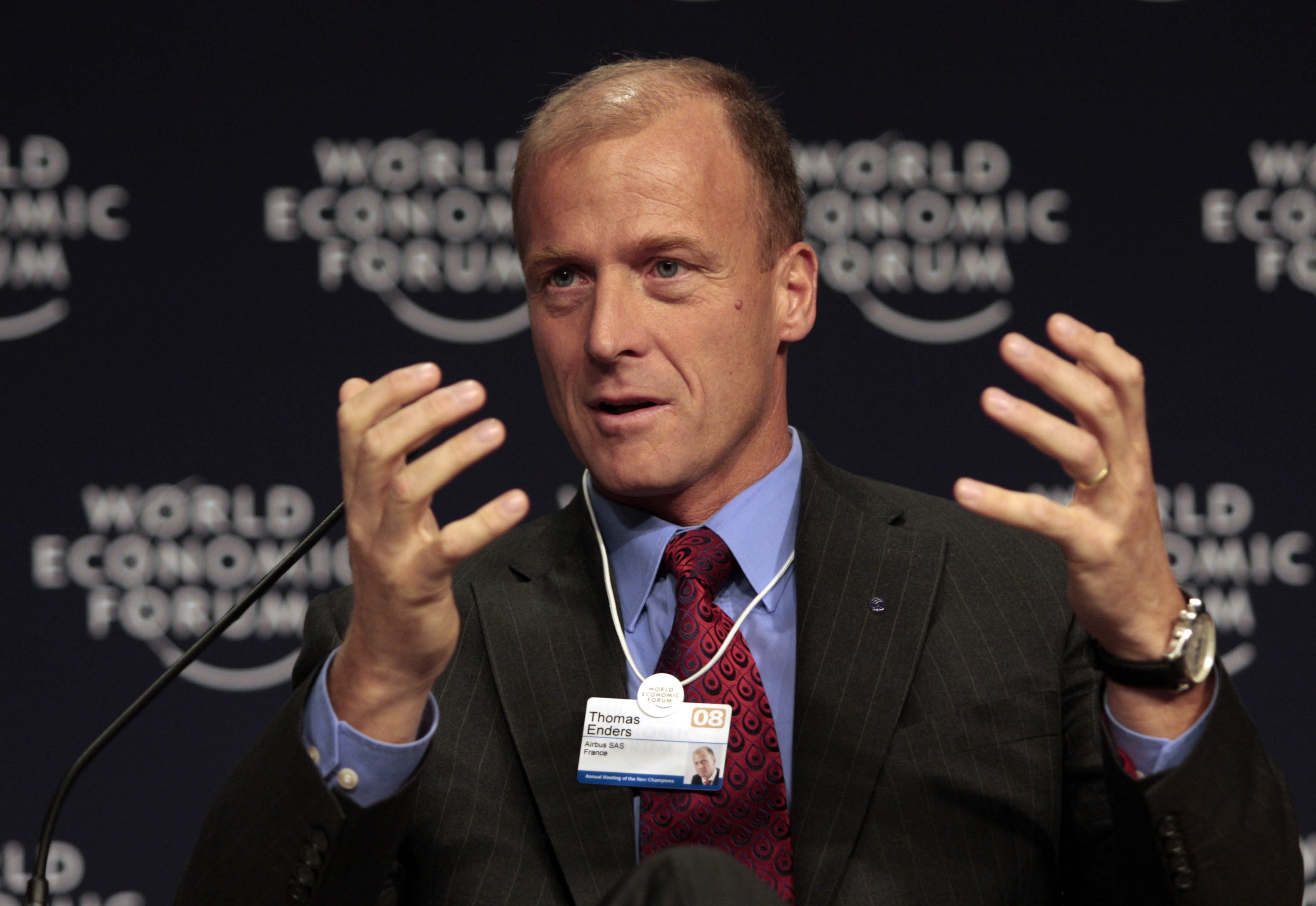 The last few months of 2018 could turn into a mad dash as Airbus scrambles to deliver all A320neos promised to customers. The company expects to be caught up with engine deliveries by the end of September. That will then leave Airbus three months to turn the last A320neo gliders into airplanes and deliver them to waiting customers, Enders said.

He said he is “cautiously optimistic” about clearing the A320 backup by year’s end. “We have the engines, we have the airframes, but getting so many aircraft out of storage…is not an easy task and requires additional resources which we are mobilizing.”

For the first time, the company delivered more of the re-engined A320neos than the older A320ceos during the second quarter.

Airbus is committed taking production to 60 A320 a month by mid-2019. Enders told analysts during the conference call they should put that rate into their financial models through 2020. Airbus’ suppliers have committed to 63 aircraft a month, he said.

Uptick in A350 orders

Demand for Airbus’ widebody aircraft is up considerably this year over 2017. Through the end of June, Airbus recorded 206 net commercial aircraft orders and gross orders for 261. That includes 50 A350s and 14 A330s. Airbus picked up another 44 firm widebody orders at the Farnborough Air Show. However, 10 of those are from airlines not named AirAsiaX. The long-haul low-cost carrier ordered 34 A330-900s, giving it 100 A330neos on order.

Airbus has not committed to taking A350 production past 10 a month, Enders said.

Enders distanced himself from his comments earlier this week suggesting a merger of BAE and Airbus military aircraft operations. He said he only meant to underscore the need for European countries to collaborate, rather than compete, on fighter projects.

“Of course, I was not suggesting that we should merge the military aircraft activities of BAE, Airbus and whoever else rightaway,” he said. “What I was suggesting was that it makes a lot of sense, as we have two projects in Europe – a Franco-German and a British-led project – that politicians as well as industrialists try to converge those, and that there is time to do that because the developments are still some years away.”

In 2012, he pushed for a merger of Airbus and BAE, but the deal failed to garner political support.

27 Comments on “Airbus posts strong earnings; ‘hell of a ride’ ahead, says CEO”