August 9, 2019, ©. Leeham News: In our series about classical flight controls (“fly by steel wire”) and Fly-By-Wire (FBW or “fly by electrical wire”), we this week turn to the actual Flight control system after covering the infrastructure needs last week. We could see the FBW required a higher redundancy Hydraulic and Electrical infrastructure. Why we will come to.

Now we look at the control principles for classical control systems like the Boeing 737 system and FBW system like the Airbus A320 system. 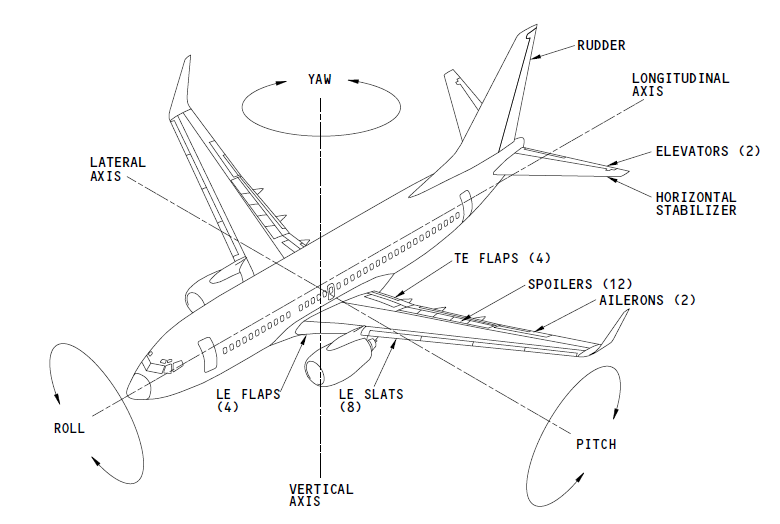 Figure 1. The control axis and control surfaces of a 737. Source: Boeing.

The Steel wire control systems versus the Electric wire alternative

The headline is a bit of wordplay but it also describes the reality. The Classical system we look at, the 737 system, indeed uses steel wires to transmit commands to control surfaces, Figure 2. The Control column commands are displacing the aircraft elevator via wires, pulleys, and cranks through a hydraulic booster system, the elevator PCU in the Figure (PCU for Power Control Unit), but the command is not modified by any part of the system. 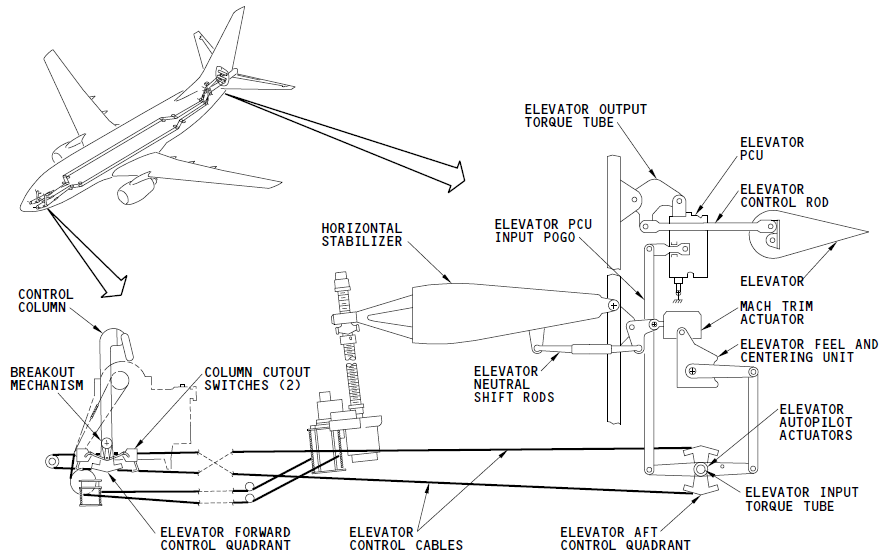 There is also a variant of FBW systems which functions like the 737 system. It merely replaces the steel wires with electric wires. It’s the Open-loop FBW system.

The E-Jet E1 pitch channel is such a system whereas the E2 generation changes this to a more advanced feedback system. In the open-loop FBW, the displacement of the control column is transferred into an equivalent movement of the aircraft’s elevator, like for the 737. Unlike the 737 there is a variable control gain unit in the loop which lowers loop gain at higher speed, but there is no adjustment of the elevator displacement based on how the aircraft reacts in pitch. There is no system feedback loop. The Pilot is the feedback loop like for the 737 system.

Here the pilot commands how he wants the aircraft to fly, for example, pitch up at a certain rate or G. The FBW Flight Control computer calculates an elevator displacement which shall make the aircraft pitch up according to the pilot’s command.

Accelerometers and gyros in the Response unit (often called AHRS, Attitude and Heading Reference system or ADIRU, Air Data and Inertial Reference Unit) tell the FBW computer about the aircraft’s response. If it differs from what the Pilot wanted the FBW computer modifies the command to the elevator. The pitch control loop is closed around the FBW computer.

The flying of the two types of systems, Open-loop steel or electric wire and Feedback FBW is a bit different. In the first, the Pilot is controlling the aircraft to the full. If there is a gust before landing which changes the pitch angle, he shall counter it. In a feedback FBW, the aircraft counters the gust. The Pilot hasn’t asked for any change in pitch so there shouldn’t be any. For the FBW computer to fix.

In practice, there isn’t a big difference in how the aircraft feel for the Pilot. I have flown the classical systems and two different feedback FBW, the A350 and A220. It wasn’t a difficult transition, it felt natural right away. How and why we will discuss in coming Corners.

← Will the A220 drive the trans-Atlantic fragmentation to smaller jets?
Pontifications: Muilenburg reaffirms MAX hopes, NMA ambiguity and 777X delay →