Boeing this week declined to discuss the changes under consideration to the -8. But LNA’s Bjorn Fehrm, an aerospace engineer, pointed to areas that seem probable. 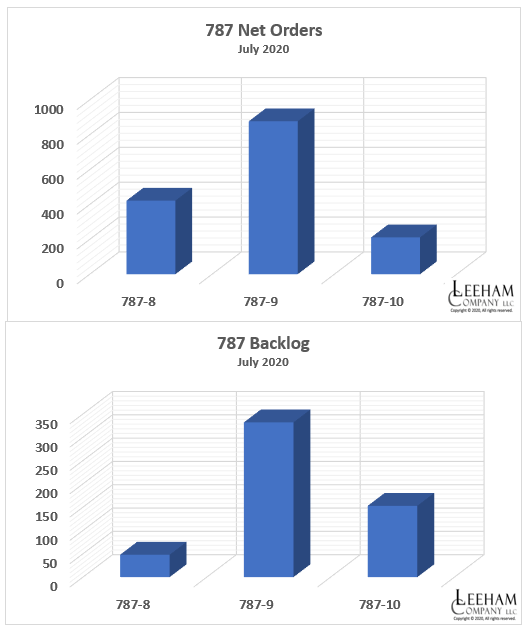 Now that the priorities of the airlines, post-COVID, will move to smaller models, Boeing looks to revise the build standard of the 787-8 to share as many parts as possible with the larger models. A lot can be shared as the fundamental difference between the models is the length of a few fuselage sections.

Why hasn’t this been done already? With a production of a 787-8 every two months, the investment of revising the thousands of documents and procedures to bring the 787-8 up to the -9/-10 build standard wasn’t a wise investment. The post-COVID market changes this.

As outlined in a previous Heard On The Ramp story, several second-hand 787-8s are coming on the market as a result of COVID-19 induced bankruptcies and fleet restructurings. Whether airlines are willing to take those aircraft when traffic recovers will be an indication of interest in the smallest Dreamliner variant.

LNA understands that some enhancements to passenger experience are also being considered.

Not an NMA substitute

The changes under consideration are not intended to be a substitute for the now-suspended New Midmarket Airplane, or NMA, LNA learned.

From time to time, some suggested that Boeing should use the 787-8, or resurrect the 787-3—a cropped wing version of the 787-8—to fill the middle of the market for which the NMA was conceived.

LNA is told this is not the case. The changes aren’t intended to create a “787-8 NMA” and there won’t be a resurrection of the 787-3, which had a different wing. The 787-3 was ordered by launch customer ANA, but Boeing dropped it as the cropped wing proved inefficient following further studies.

The 787-8 is a nine abreast dual aisle with a 56m long fuselage and 60m wingspan. Its empty weight is 120t and the maximum take-off weight is 228t. In US domestic two class seating, it carries 305 passengers—far more than the smaller NMA-6 at 225 passengers or even the larger NMA-7 at 265 passengers.

The NMA-7 is a seven abreast Y dual aisle airplane. It’s shorter, has a smaller wingspan and significantly lighter. The 788 is over 50% heavier as it’s over 50% more aircraft. As a Middle-Of-the Market competitor to the Airbus A321XLR, the 787-8 consumes substantially more fuel on a per seat mile basis.

Bjorn Fehrm and Vincent Valery contributed to this article.