Pontifications: Boeing’s right direction, but don’t get ahead of reality

Feb. 8, 2021, © Leeham News: Boeing appears to be heading in the right direction: launch a new airplane program to take care of its 737 MAX product weakness. And do something different by pursuing the “NMA Lite” concept: a twin-aisle, three-member family starting at ~185 seats through ~250 seat and up to 5,000nm in range.

But don’t get ahead of ourselves on the NMA Lite. There are a lot of Ts to cross and i’s to dot.

And anything can change between now and a concerted effort to survey customers, prepare the supply chain and ask the Boeing Board for Authority to Offer the NMA Lite for sale.

Importantly, a three member family dramatically expands the potential market. Publicly, Boeing said the market for the NMA is about 4,000. Internally, officials knew it was more like 2,100—with Airbus capturing perhaps half.

With a third member, demand increases by roughly 7,000.

Climbing out of a deep hole

The reliance of derivatives—737 MAX, MAX 10, 777X—is straight out of the failed business model of McDonnell Douglas. So was the heavy outsourcing production model for the 787.

Problems with the 777X, KC-46A (the USAF recently called it a “lemon”) and even the space program just piled on Boeing’s woes, including financial ones. 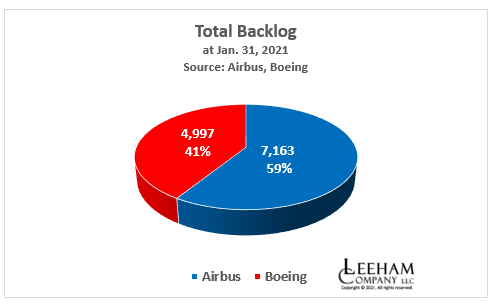 Boeing has a deep, deep hole to climb out of.

Let’s hope the NMA Lite is the next rung on the ladder.

With the reduction of form orders for the 777X from 344 to 309 to 191, this negative trend inevitably raises questions in the market: will Boeing kill the program? 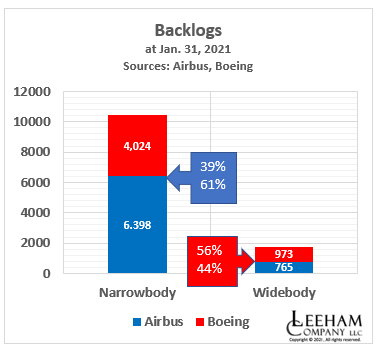 But the shrinking market and canceled orders doesn’t mean Boeing will abandon the 777X. With a $6.5bn charge taken in the fourth quarter on the program, some—but not all—of the costs are already sunk. There are 12 airplanes built and parked at Everett. There are four on the production line. And the flight test airplanes are built and flying. What would Boeing do with these? Scrap them? Who would buy just 20 of a kind?

LNA doubts the 777X will be a commercial success. But we firmly disbelieve the market buzz that Boeing will kill the airplane.

395 Comments on “Pontifications: Boeing’s right direction, but don’t get ahead of reality”