April 22, 2022, ©. Leeham News: Last week, we examined propulsion system alternatives and their principal advantages and disadvantages. Now we go deeper into these alternatives.

All propulsion systems for aircraft use a propulsion device like a propeller or a fan to generate forward thrust. We use this article to understand how these work and their characteristics before we go into how we create the shaft power to drive them. 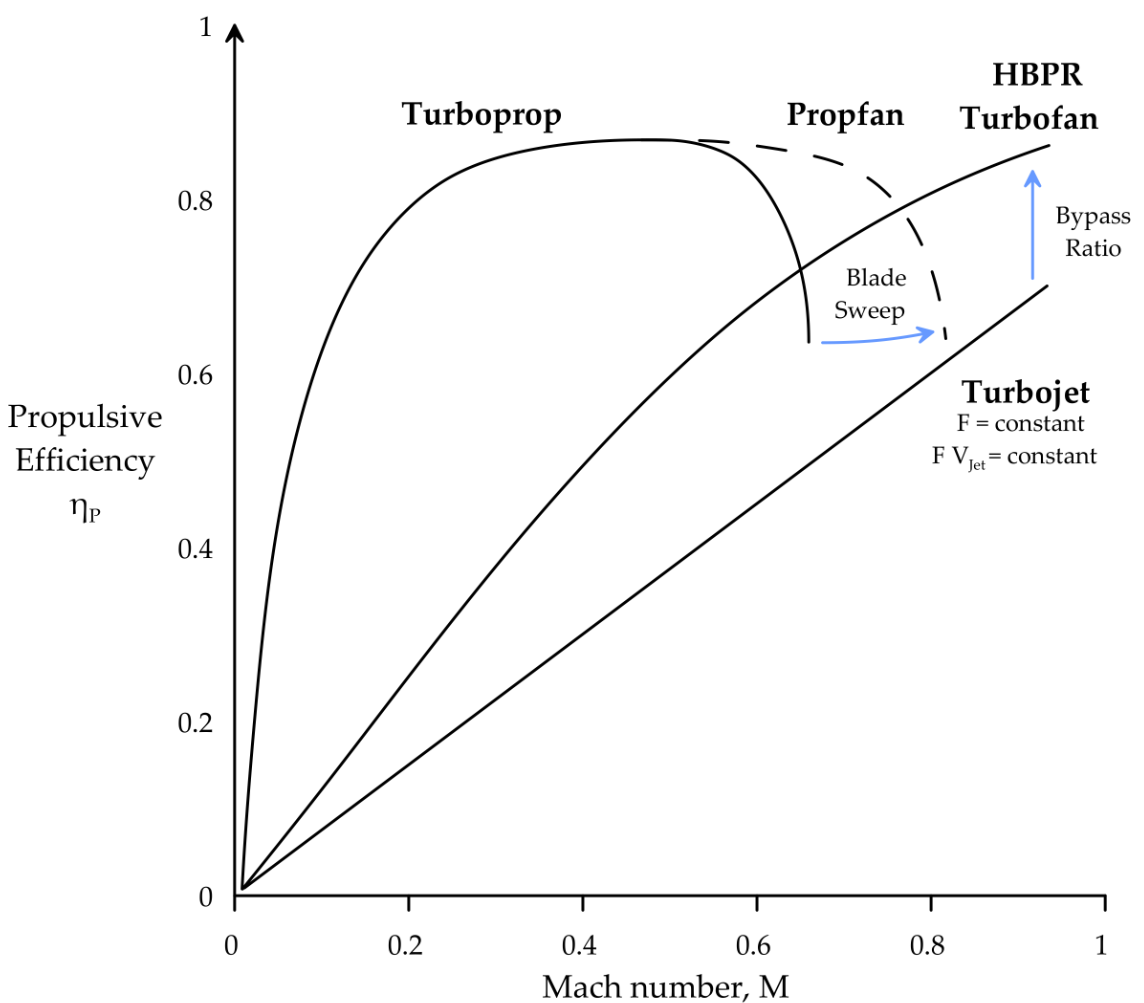 Figure 1. The propulsive efficiency as a function of speed for different thrust generating concepts. Source: Aircraft propellers, is there a future? MPDI document.

How to generate forward thrust for aircraft

We generate thrust to drive an aircraft forwards by accelerating surrounding air in a backward jet. Air has a mass of 1.2kg/m3 at ground level, half at turboprop cruise altitudes, and about one-third at jet cruise altitudes. So if we push the air backward at speed higher than our forward speed, we generate a thrust in the other direction through Newton’s Force = Mass * Acceleration. We can also write this in its momentum form:

Force = Mass flow * Increase in speed of flow through propeller/fan

Let’s call the increase in speed of the mass flow the Overspeed we give the air mass. So our Thrust then equals Mass flow * Overspeed.

The forward thrust is the same in both cases, but the power we need to deliver to the propeller/fan shaft to give the mass flow its Overspeed will vary:

A thrust generated by giving a high mass flow a low Overspeed requires less power than one providing a small mass flow a high Overspeed.

For helicopters/VTOLs, we talk disc loading. As the surrounding air’s speed is zero at the hover and the force needed for hover equals the vehicle’s weight, it’s defined as vehicle weight divided by the total rotor area.

A low disc loading equals high mass flow and low Overspeed, i.e., a high propulsive efficiency. A Volocopter or Joby VTOL has much lower disc loading than the Lilium VTOL, Figure 2; thus, these need less power in the hover for the same weight.

As these fly forward, the Overspeed differences will affect the thrust decline of their propulsion systems.

Propeller aircraft accelerate a large mass flow to a modest Overspeed. Thus, they are very efficient at low speed, but as the speed increases, the Overspeed decreases, and the forward speed eats into the thrust generation and, therefore, efficiency (Turboprop Figure 1). Turboprops seldom fly faster than Mach 0.6/350kts.

Propeller aircraft designers talk about thrust-, power-, and torque- coefficients. These all have the propeller RPM and swept area as parts, thus indirectly describing mass flow and Overspeed physics.

As BPR increases, the mass flow increases, and the Overspeed decreases. The Overspeed, which defines the engine’s characteristics, is called Specific Thrust in Turbofan industry speak.

As the technical capability to do large diameter fans and nacelles improve, we have gone from medium ByPass Ratio turbofans (around five) to high BPR engines (BPR 10-12, HBPR Turbofan, Figure 1). We can expect this to reach 15 in the next generation, as composite fans and nacelles can handle larger fans.

An open rotor is a turbofan without nacelle. As the turbofan nacelle has flow deswirling stator blades in the bypass stream behind the fan, open rotors have contra-rotating fans to achieve the same effect.

General Electric found it could simplify the scheme to a single rotor followed by a fixed deswirling stage. When both stages used variable pitch blades, the engine achieved the same function with reduced complexity. It is now industrialized together with SAFRAN as the CFM RISE engine, Figure 3. 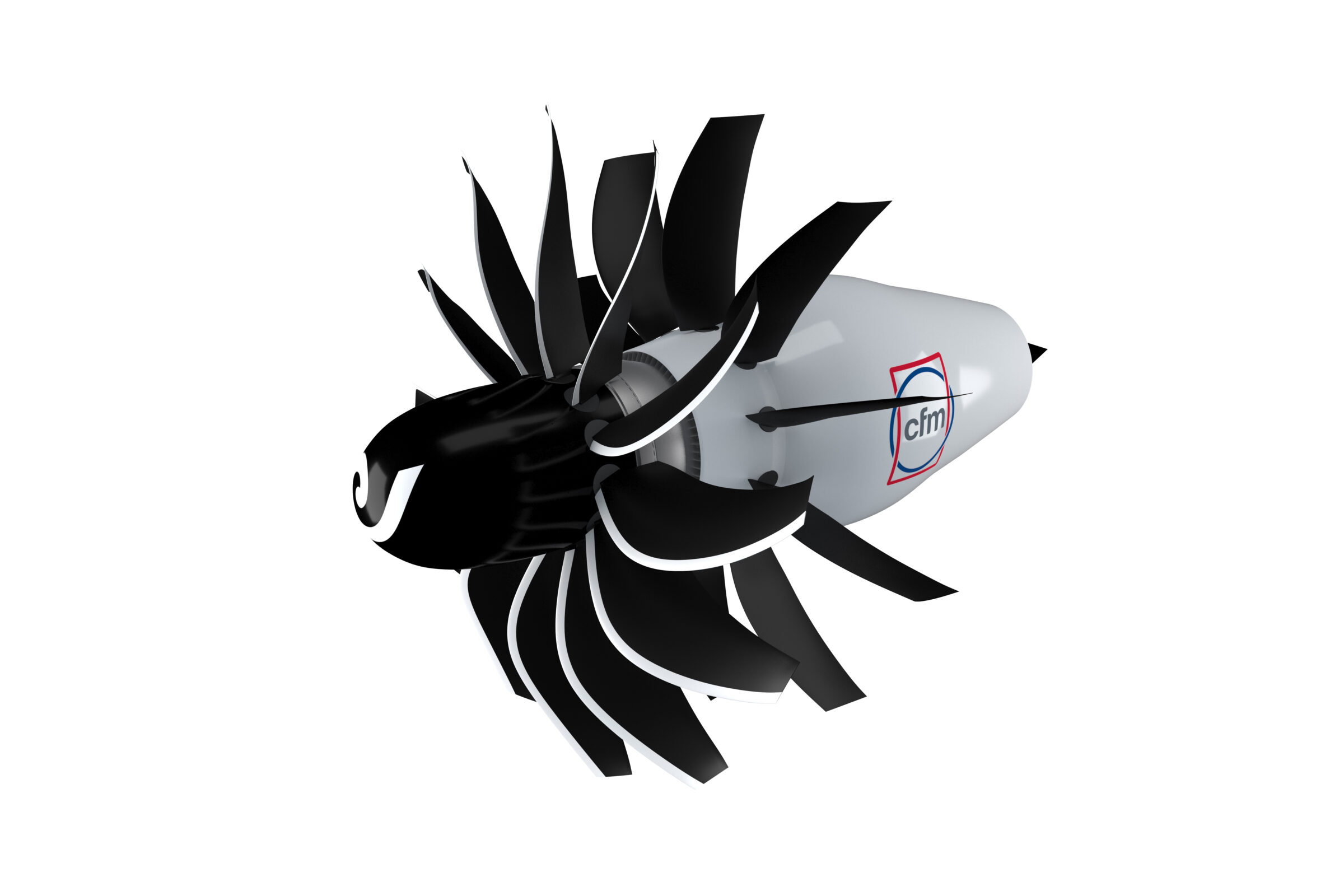 The solution is called Open Fan. By keeping the fan diameter modest and increasing the speed gain through the fan, the sensitivity to forward speed for the concept is reduced.

The thrust concepts can be combined with any shaft power system

It’s important to understand that these methods to generate thrust, whether a large diameter rotor, a propeller, an Open Fan, or a nacelle enclosed fan, can be used with any scheme to generate the shaft power to drive these devices.

We can have a piston engine, gas turbine, or electric motor to generate the shaft power we need. As you design an air vehicle, you combine the chosen power system with a suitable thrust generating device. What we combine depends on what characteristics we want for our project. In effect, we combine mass flow and Overspeed to suit our vehicle.

Here are some additional effects to consider when we chose mass flows and Overspeeds: