A new study released today by AirInsight concludes the oft-maligned 100-149 seat market is viable, and not a ‘Bermuda Triangle,’ if the right airplane is developed to compete within it.

Some aerospace consultants, analysts and observers–as well as Boeing’s Randy Tinseth, VP-Marketing–term the segment a Bermuda Triangle because of airplane “failures” in the market. But the fact is that except for Embraer’s E-Jet, the poorly-conceived British Aerospace/Avro Jets and Bombardier’s pending CSeries, there hasn’t been a clean-sheet design since the 1960s. All other aircraft have been derivatives of older designs and offerings of weak and dying manufacturers.

We need to add the Sukhoi Superjet SSJ100 to the clean-sheet design list, but this falls into the weak OEM category.

Today there are six aircraft types and 15 sub-types from five OEMs. (There were seven and 16 until Tuesday, when Boeing finally dropped the 737-600.)

Here is a run-down. 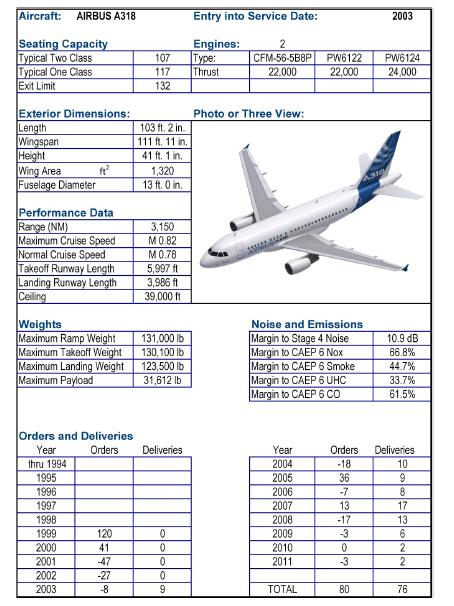 The A318, a double-shrink of the A320, is still nominally offered by Airbus, though there hasn’t been an airline sale in years and only the business jet has sold in recent years. This airplane was launched to kill the fledgling McDonnell Douglas MD-95. Airbus doesn’t plan to offer an A318neo and while sharklets may be available at a later date, they’re not yet. The A318 is used by British Airways for London City-New York Service, but other operators (like Frontier Airlines) are already disposing of the airplane and at least one has already been scrapped because no interest is there for re-marketed A318s. 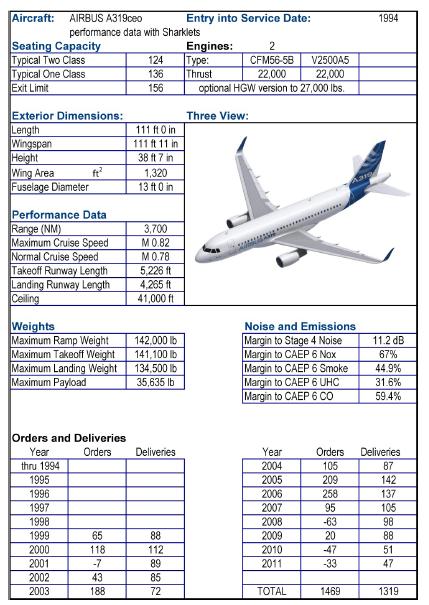 The A319 is one of those extremely rare examples where a “shrink” actually worked well. More than 1,000 A319s were sold. But the airplane is no longer economically optimized with $3 fuel and sales have largely dried up.

Due to bankruptcies, there is a surplus of A319s on the market–and a surprising 350 due to come on the market in the next few years as leases expire. Aircraft values and lease rates are depressed as a result, making the prospect for new orders difficult since a cheap airliner can be had instead–see Allegiant Airlines. We don’t expect many sales going forward for the A319 or its successor, the A319neo. 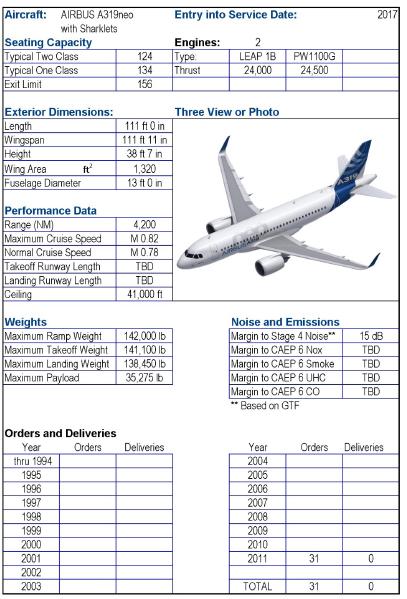 Airbus launched the neo program when Bombardier beat out Airbus for an order of 40+40 CS300s from Republic Airways.

But the A319neo response hasn’t sold well, with few than three dozen since the launch of the program. The A319neo is about 12,000 lbs heavier than the CS300 (equivalent of about 65 passengers or an Asian elephant) and economically it simply can’t compete with the CS300. On the other hand, if commonality is all-important in a small fleet, the A319neo has a place. The A319neo has a much longer range than CS300, so there remains a niche for long, thin routes that are beyond the capability of the CS300 but which cannot support the A320. 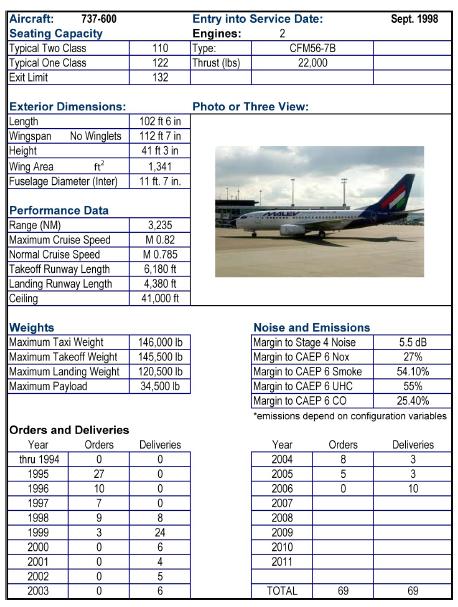 The 737-600 was, until Aug. 7, 2012, nominally offered by Boeing even though there hadn’t been a sale since 2005 and the last one was delivered in 2006. This was Boeing’s response to the MD-95 and it sold even worse than the A318. It’s the same size as the original Boeing 737-200 and the subsequent 737-500. It’s long been economically obsolete. Boeing stubbornly retained the listing as an active product but finally gave it up with the August 7 price update. Still, Boeing won’t officially confirm it’s “discontinued.” How bizarre. 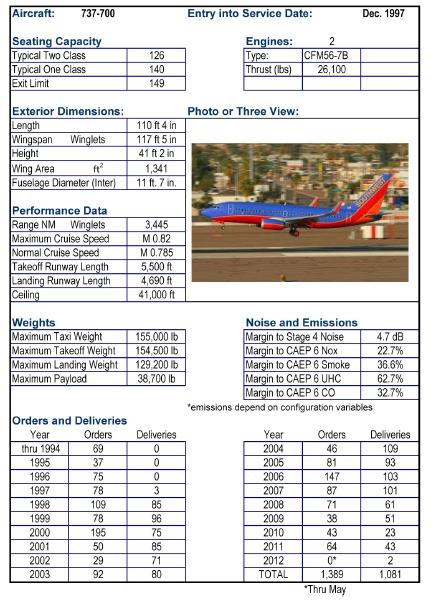 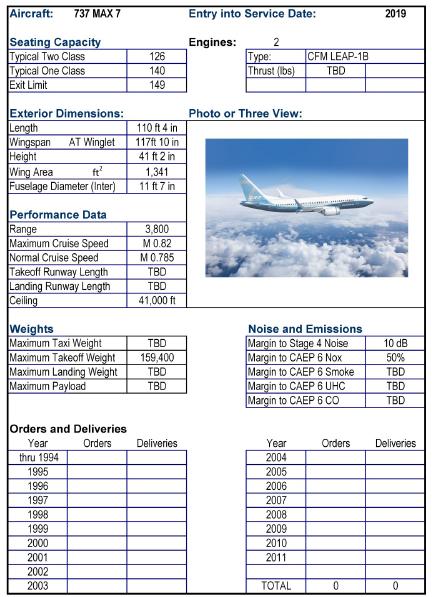 To be perfectly honest, we’re not sure why Boeing is offering the 7 MAX any more than it makes sense for Airbus to offer the A319neo. Like the A319neo, the 7 MAX is a heavy airplane for what it does. It, too, can’t compete with the CS300; it’s simply not an economically optimized airplane.

Like the A319neo, it has much more range than the CS300, but data shows less than one third of the range capability is typically used, so this largely goes to waste. Like the A319neo, the 7 MAX can become a long-thin airplane where the 737-8 MAX is “too much” airplane. But so far, not one sale for the 7 MAX has been booked and we don’t expect many. Even Boeing says it expects the 7 MAX to, at best, represent 10%-15% of the MAX backlog. We think even this might be generous. The 7 MAX will be the last of the MAXes to enter service; it’s planned for 2019. 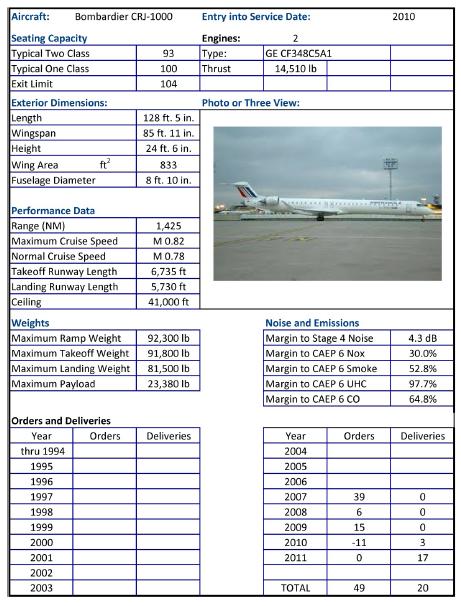 What is this “regional jet” doing here? It technically falls within the 100-149 seat market, but it’s really a different airplane (regional vs mainline). Still, it serves a very small segment at the lowest end of the marketplace. It’s more economical than Embraer’s E190, even if the E190 has much more passenger comfort and better range.

But for many operators who are most concerned with economics and who don’t need the range, the CRJ1000 can fill this niche nicely. 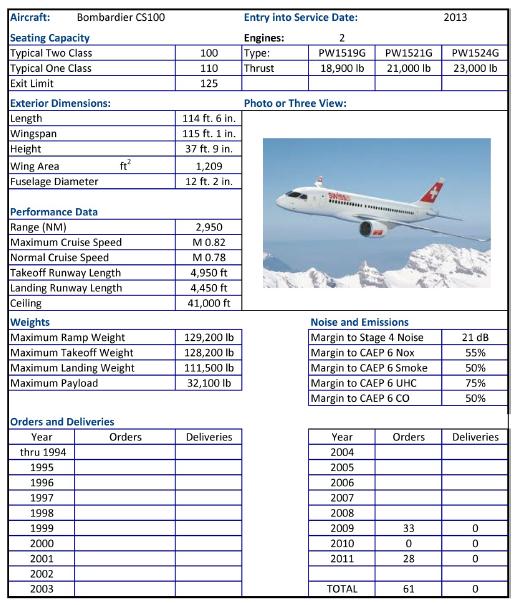 The CS100 is the smaller of the two Bombardier CSeries, serving the lowest end of the 100-149 seat segment. It competes against the A319 and 737-600–if, indeed, there were something there to truly compete with–and the E-190. The CSeries economics handily beat Airbus and Boeing and are better than the E-190. The CS100 also has superior airport performance vs the A318 (which is very good), and can do London City-New York non-stop in British Airways-style business class to the A318 requirement for a fueling stop. Forty-one percent of the sales so far have been for the CS100. 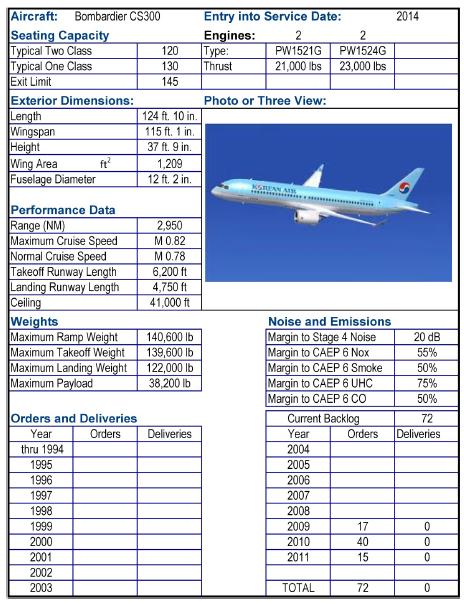 The CS300 competes with the A319 and 737-700 class. The economics are superior, though the range is less. Sales vs these two incumbents have been equal or better in 2011 and 2012. Critics unfairly compare sales to the entire Airbus and Boeing single-aisle models instead of just within this segment.

The CS300 is planned to enter service in the fourth quarter of 2014, which will be about two years ahead of A319neo and a full five years ahead of the 7 MAX. This provides a major competitive advantage, assuming the aircraft isn’t late (as with all new airplane programs in recent years, regardless of the OEM). 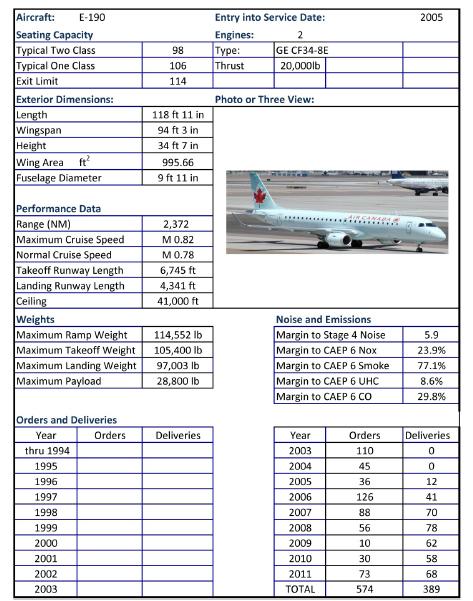 The E-Jets have proved popular in right-sizing. Although Airbus and Boeing like to talk about the trend up-gauging, the market reality shows than right-sizing down from the A319/737-700 class as well as up-sizing from the RJs makes a viable market. 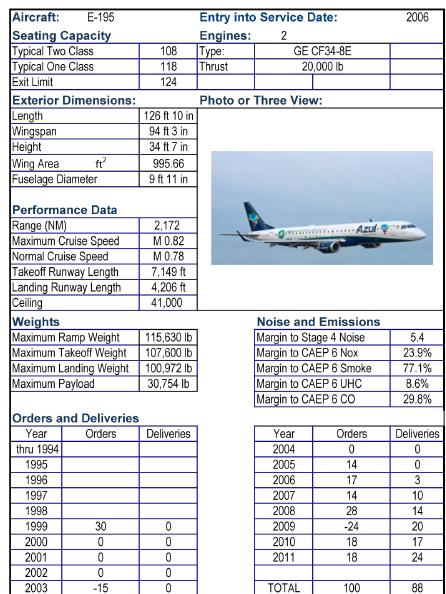 The pairing with the smaller E-190 with the E-195 gives Embraer  highly successful entries into this market segment. The question is, What’s next? EMB says it will re-engine the E-Jet. What engine? Likely a new wing. Likely new systems. But now, instead of a clean-sheet airplane, EMB will have a hybrid solution of technology that will date to the mid-1990s.

Too little is known about what EMB will do. But it may be fiddling with a winning formula.

In the meantime, EMB has seen sales slow, so an RE may be its only choice. 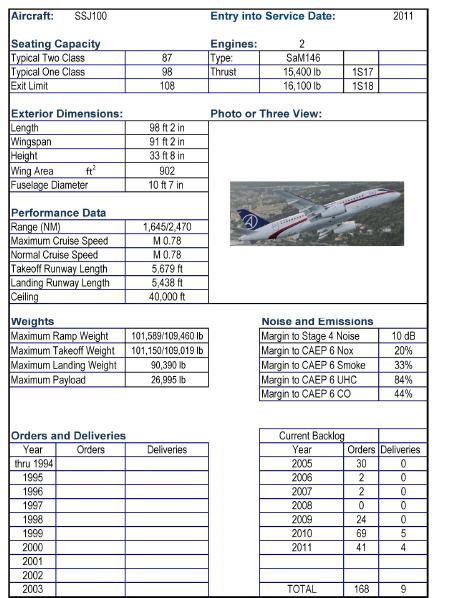 The final current entry into the 100-149 seat segment is the Sukhoi SSJ100. It’s the first new aircraft after the collapse of the Soviet Union to come out of Russia. It has a lot of Western systems. It’s partnered with Italy’s Alenia to provide product support. But when it’s all said and done, it’s still Russian and product support and quality are still questionable. Launch customer Armavia just announced it’s returning its one SSJ100 for these very reasons. Although initial sales are respectable, 47% come from captive Russian airlines. We doubt SSJ will make much of an inroad into the West. Sukhoi is already talking about a 130 seat SSJ (and so is Japan’s Mitsubishi for the MRJ, which currently stops at 90 seats).

So there you have it–the line up. EMB proves there is a market for an optimally-designed airplane. We expect CSeries sales to take off once the first flight occurs. Airbus and Boeing are largely out of the market. Sukhoi won’t make much of a dent.

The AirInsight report is more than 80 pages and looks at these in more detail, economics and a host of other issues.