The rivalry between Airbus and Boeing intensified in recent weeks with Airbus landing another major order from a previously exclusive Boeing customer, LionAir. Boeing announced another major order just a day later, Ryanair, retaining exclusivity with this customer.

The market share battle between Airbus and Boeing was fierce and prolonged. The introduction of the A320neo family placed more pressure on Boeing, particularly when it became clear Airbus was going to land American Airlines as a major customer for Current Engine Option and the New Engine Option. Boeing, which had been dismissing the neo as a viable option and dithering about whether to proceed with a new design to replace the 737 NG, found its hand forced. Having no other choice, Boeing launched the MAX, a re-engined version of the 737 NG.

With all the recent orders, we’ve done the math and determined market share for the current generation and re-engined types and sub-types. This data is through March 31 and only includes orders that have been listed as firm contracts, not those that have been announced but not yet firmed up.

First up is the market share within the 737NG and A320 families. Then we begin comparing Airbus to Boeing, followed by the same exercise for the neo and MAX.

The following chart shows the backlog sub-type market share within the 737NG family. 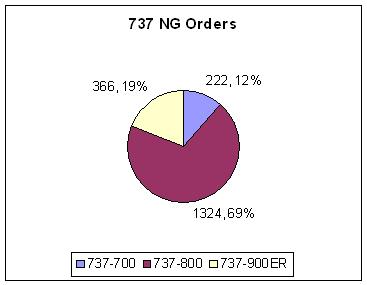 Airbus has a stronger backlog for the A321ceo than Boeing does for the 737-900ER, both in quantity and as a percentage of the family. Given that airlines which analyzed both models tell us the -900ER has a slight advantage over the A321ceo in economics and range, we were a bit surprised at this data. (We hadn’t looked at it for some time.) 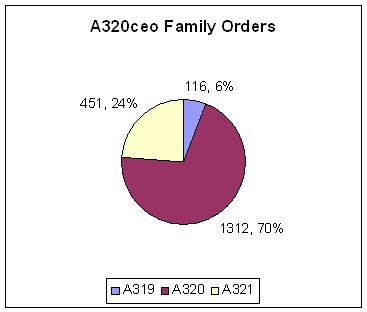 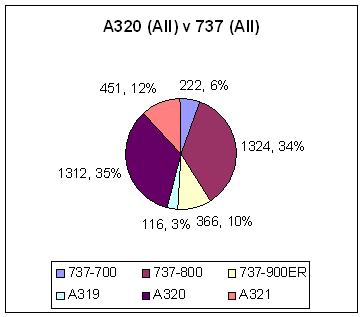 On the strength of Southwest Airlines’ 737-700 backlog, Boeing has a much greater market share of the 100-149 seat sector. 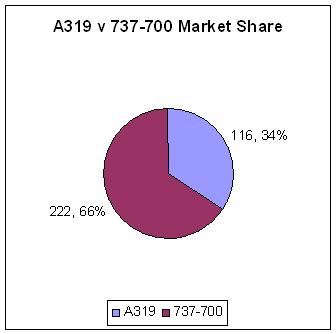 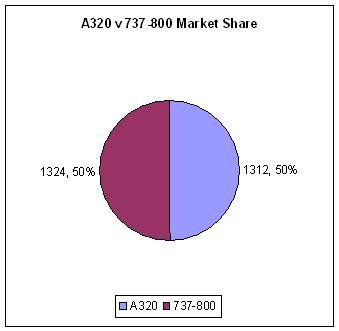 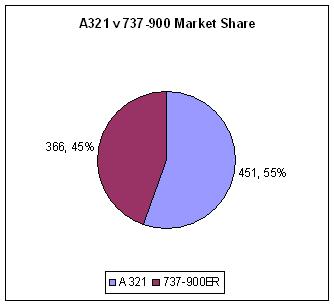 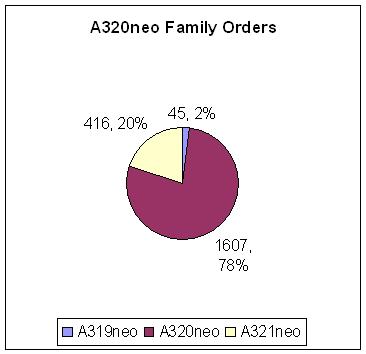 Boeing MAX customers also have switch-rights. Airbus does not list sub-types TBD; Boeing often does and the following chart reflects this. 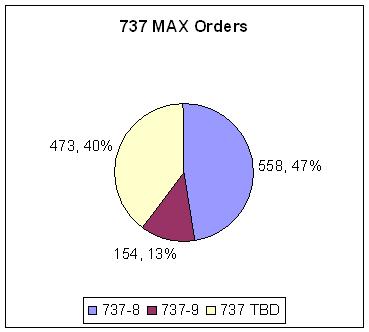 The following chart shows a head-to-head market share between Airbus and Boeing. The 0, 0% represents 737-7, for which no orders have been taken. Southwest ordered the 737-8 and has switch-rights for the 737-7, but when placing the order told us that it wasn’t at that time interested in the smaller model. 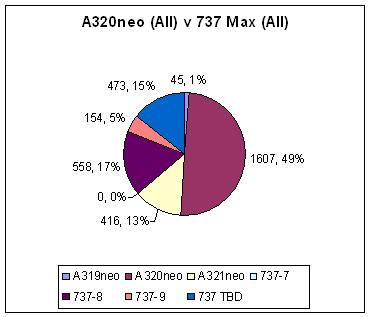 The following charts compare the sub-types between Airbus and Boeing. 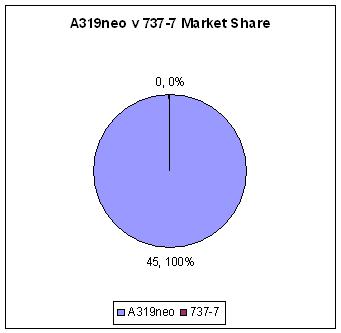 For the market shares of the 737-8 and 737-9, we allocated the MAX TBD in the same proportion as the firm orders. 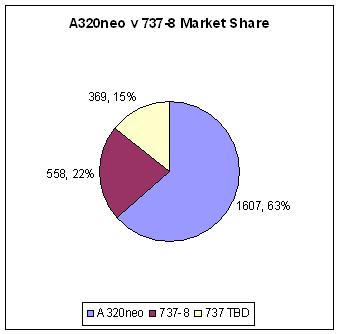 Boeing claims the 737-9 is far superior to the A321neo (not surprisingly). Airbus disputes this (also not surprisingly). The firm orders announced, along with our proportional allocation of the MAX TBD, nonetheless gives Airbus a huge advantage in market share. 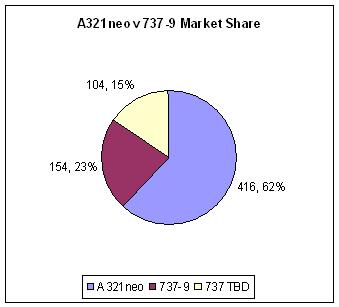