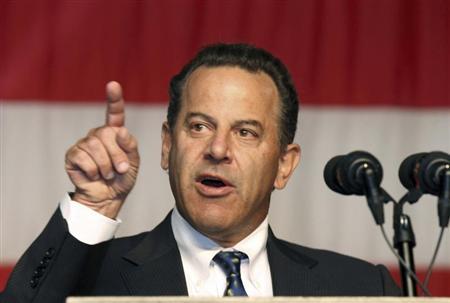 Aug. 20, 2015, © Leeham Co.: Conventional wisdom credits Bombardier’s CSeries with being the disruptor that prompted Airbus to launch the A320neo, which in turn caused Boeing to launch the 737 MAX and Embraer to launch its E-Jet E2.

But an academic paper by John Slattery, chief commercial officer for Embraer, reveals that David Hess, the former president of Pratt & Whitney, credits Mitsubishi rather than Bombardier as the catalyst for the dramatic changes that followed.

In a paper entitled Resources & Rivalry, A Case Study of The Single-Aisle Commercial Jet Manufacturing Industry, Slattery interview present and former executives of the Big Four airframe manufactures, the former CEO of ILFC and officials of P&W.

The paper provides a chronicle of thinking leading to decisions to move ahead with new airplane projects, including re-engining the A320 and 737 rather than proceeding with new, clean-sheet designs.

The interviews debunk some of the conventional wisdom surrounding the variety of programs. We’ll periodically report the findings of Slattery’s paper, starting with PW and Mitsubishi.

Slattery interviewed Hess in October 2013, long after the launch of the Geared Turbo Fan that was intended to be PW’s big return to the single-aisle commercial jet engine market. PW had a virtual monopoly as the supplier of jet engines to Boeing and Douglas airplanes from the launch of the jet age. Rolls-Royce had a small presence on Boeing 707s and Douglas DC-8s and made big inroads on the Boeing 757. In an interview this writer did with PW years ago, it was with the 737 that PW

said it made the wrong bet, concluding that aircraft would be up-gauged to the 757 size. This led PW to forego a decision to re-engine the Boeing 737 from PW’s JT8D engine, PW told me. CFM won the exclusive deal to put the CFM56 on the 737. The decision led to PW’s downfall in the single-aisle sector.

Hess told Slattery that the decision to launch the GTF came before his tenure as CEO of PW, but the company “needed a strategy to try and get the engine inserted into the market place to start to rebuild their position….”

PW assessed the prospect of new airplane programs, including “refreshed” A320s and 737s and a belief that Embraer would have to update the E-Jet.

“There were a number of targets” for the GTF, but “it probably didn’t play out exactly as we had envisioned,” Hess said. “I think at the time the strategy was conducted, it was conventional wisdom or consensus…that Boeing and Airbus would probably soon launch a clean sheet aircraft….”

Instead, Hess said both were reluctant to do so because of program difficulties with the Boeing 787 and the Airbus A380.

“I think that those changes affected what we had envisioned to be the scenario and what it ultimately ended up to be. I think what started the whole ripple through the industry was really the [Mitsubishi] MRJ, which was the first program that we were able to get the geared turbo fan on. From that one opportunity we were successful in getting the GTF on the MRJ into the 70-90 passenger segments.”

Hess said this helped PW’s position with Bombardier. The MRJ launch gave PW “credibility” with Bombardier, “and possibly the launch of the MRJ provided some incentive or motivation for Bombardier to do something to refresh their fleet of regional jets. It helped us create an opportunity with Bombardier on the CSeries.”

Hess told Slattery that Airbus didn’t want to lose market share to CSeries, which triggered the launch of the A320neo. This prompted Boeing to launch the MAX and the “whole sequence of launches” prompted Embraer to proceed with the E-Jet E2, which has the GTF as the sole-source engine power.