Airbus was a new entrant into commercial aviation in 1974 with the A300B2/B4 series, a 250 passenger, twin-aisle, twin-engine aircraft. It was the first of its kind, from 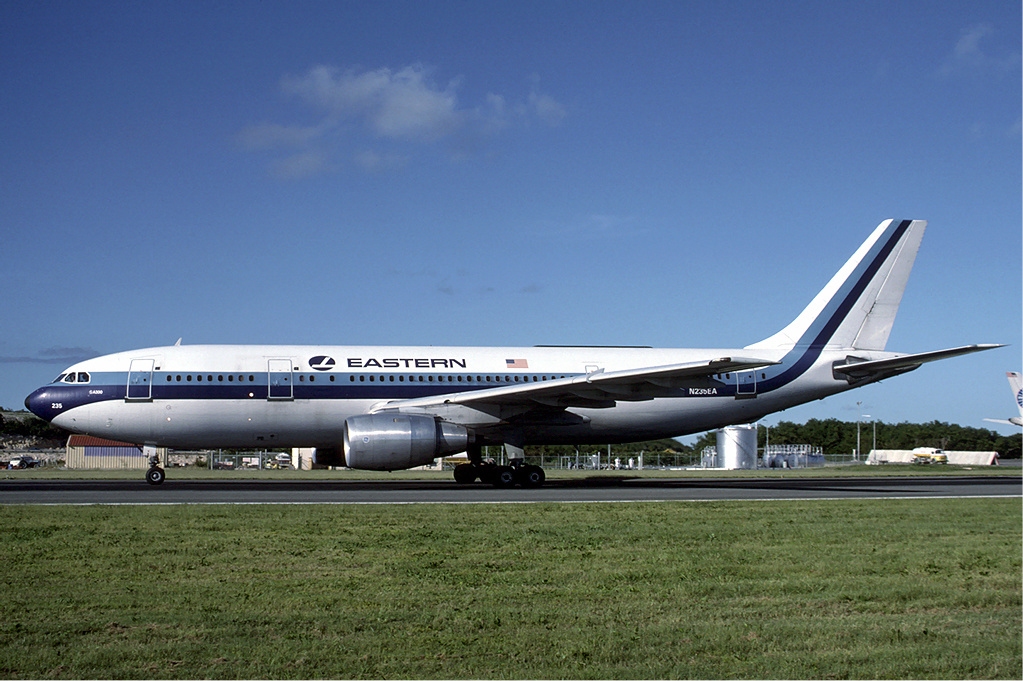 Eastern Airlines in the USA was flirting with bankruptcy, at a time when airline bankruptcies were unheard of. It had an ancient fleet but no money to buy new airplanes. Airbus North America came up with an idea to loan, as in free of charge, four A300B4s to Eastern for a six-month test drive, so-to-speak. If Eastern didn’t like the airplanes, it could return them. If it did, an order was expected.

EAL liked the aircraft and ordered them. Airbus and engine supplier financed the airplanes. The A300s remained with Eastern, and later its sister company, Continental Airlines, for years to come.

This was Airbus’ first entry into the United States.

McDonnell Douglas had serious difficulties in selling its new DC-9 Super 80 (this was before the MD-80 marketing name was adopted) in the early 1980s. Sales were American Airlines had a “walkaway” deal with McDonnell Douglas for 20 MD-80s. AA liked the plane and ordered more than 250. The carrier is only now retiring the fleet. Source: Google images.

so anemic that there was a lot of speculation that the program was doomed to failure.

To kick-start sales and obtain a brand name endorsement, MDC struck a deal with American Airlines for 20 of the aircraft on a five year walk-away. If American didn’t like the airplanes, the carrier could return them to MDC after five years, no questions asked.

The risk to MDC was great at the time. But it paid off. American did like them and ultimately ordered more than 250. Only now is the airline finally retiring this fleet. 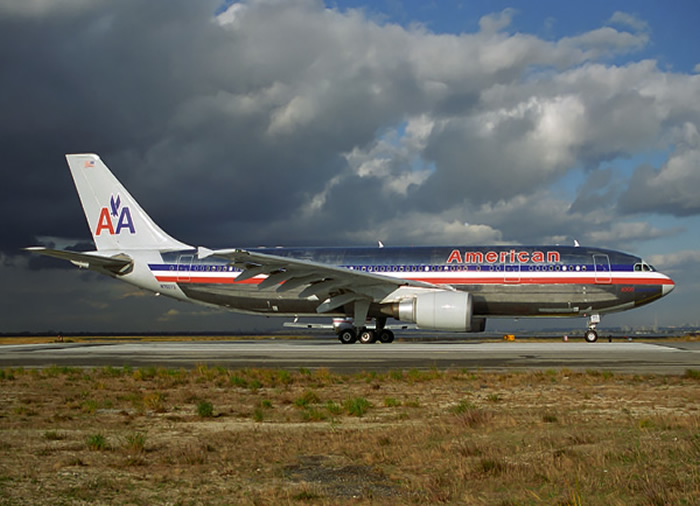 American Airlines A300-600R. Airbus offered walk-away provisions to win the order. So did Boeing for the 767. Photo: Aviation Explorer via Google images.

In the 1980s, American wanted a twin-aisle, twin-engine aircraft for its growing business across the Atlantic and into the Caribbean. Airbus and Boeing squared off with the A300-600R and 767. It was assumed only one would come away the winner.

When Pan Am, a major Airbus customer, was on its death spiral, Delta purchased PA’s New York and Frankfurt hubs. Some Airbus A310-200s/300s came with the transaction. These were the first Airbus’ in Delta’s fleet, which at the time operated only Boeing and McDonnell Douglas aircraft. 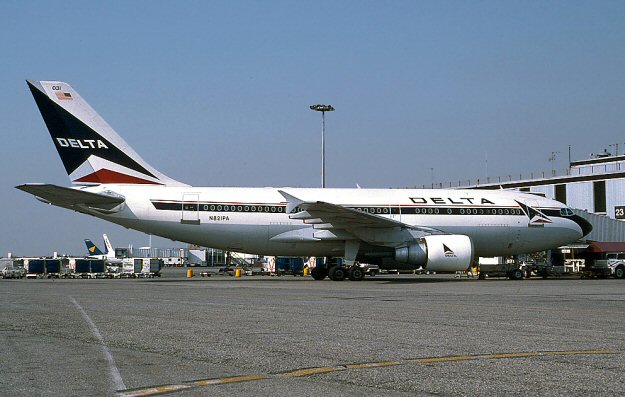 Leahy sold nine aircraft to Delta. Only this time, the outcome wasn’t what Airbus hoped.

The era was the early 1990s. Iraq invaded Kuwait and the US and its allies came to Kuwait’s defense. Oil prices spiked. None of the world’s airlines was prepared and bankruptcies—especially in the US—became common.

Delta was threatened with bankruptcy and took drastic actions to avoid it. The CEO at the time, Ron Allen, launched a program called Leadership 7.5, a reference to a goal of reducing seat mile costs to 7.5 cents per available seat mile. Drastic cost cutting ensued. Included was a fleet rationalization. The result: all the Pan Am A310s, plus the nine recently delivered new ones from Airbus, were removed from the fleet.

McDonnell Douglas’ commercial aircraft division was hanging on by its flaps. The MD-11 wasn’t selling, the MD-80 and its successor, the MD-90, were struggling and its new MD-95 was in its infancy. MDC’s commercial market share was down to about 7%.

MDC needed a brand name launch customer for the MD-95. It turned to SAS, which had ordered every Douglas aircraft since the DC-3 (except for the DC-5). A deal was struck, but not yet under contract, when Boeing swooped in with a sweetheart offer for the 737-600. The price was never disclosed and my memory of the market intelligence on this had long since faded. What I do remember is that the word on the street was the price was a loss-leader for Boeing, which subsequently sold a large number of 737NGs to SAS.

I could go on and on, of course. But you get the picture. There are times when The Bottom Line is about more than just The Bottom Line. Bombardier’s deal with Delta may have been one of them.

And then there’s this

While searching for something else, I came across this document, source unidentified. Compare the statistics with today. Click on the image to enlarge. 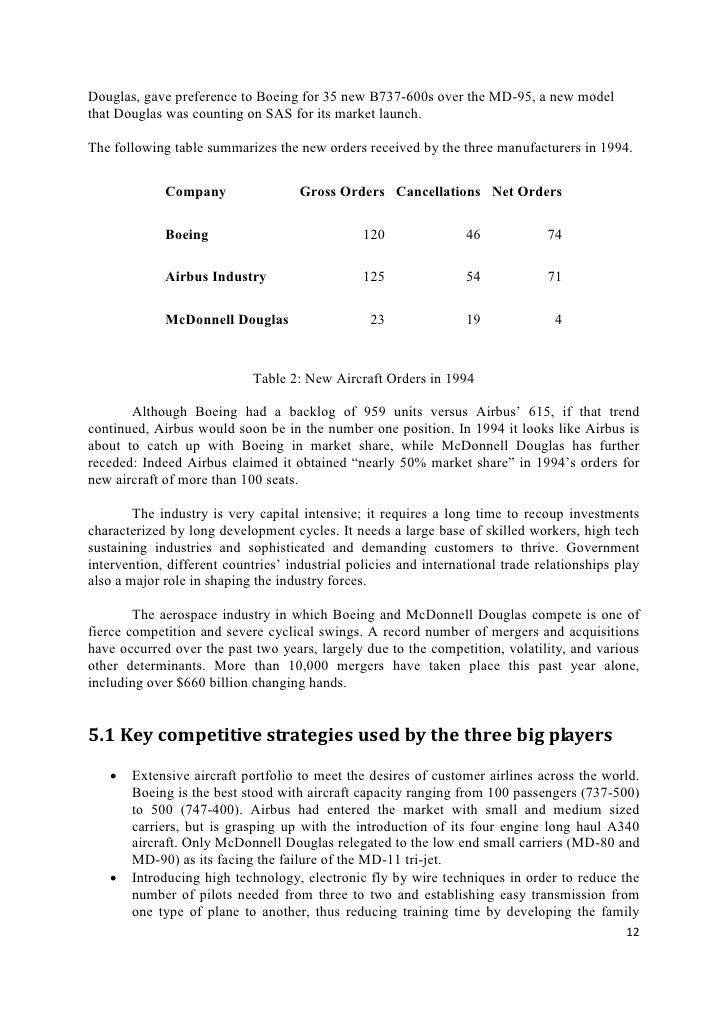