Aug. 30, 2016, © Leeham Co.: Will Scott Kirby’s move from president of American Airlines to the same position at United Airlines lead to a major shift in fleet acquisition at the Chicago-based carrier?

This is an intriguing question that may take some time to answer.

Kirby spent 20 years with American CEO Doug Parker through their careers at America West Airlines, US Airways and American. 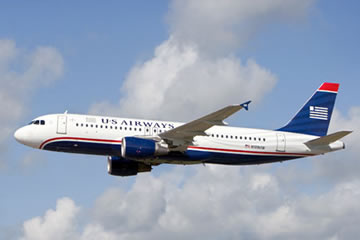 US Airways was an exclusive Airbus customer under Scott Kirby, its president. Photo via Google images.

by the time Parker, Kirby and team acquired the airline, adopting the US Airways name over America West.

(We’re talking about new orders in this context.)

American Airlines was for decades an exclusive Boeing customer. American broke this mold in 2011 with huge orders for Airbus A320-family ceo and neo aircraft. (Boeing received a large 737 MAX order at the same time), pre-dating US Airways’ acquisition of American, retaining the latter’s name.

Today’s United is the product of a merger with Continental Airlines. Legacy United was a major Airbus customer, favoring the A320 over the 737. UAL also ordered the Airbus A350-1000.

Continental was an exclusive Boeing customer. Following the merger, the Continental management assumed control of United, Except for increasing the A350-1000

United Airlines favors the Boeing 737 for its single-aisle airplane. Will Scott Kirby bring Airbus in? Boeing photo via Google images.

Fleet planning and key people in finance are still legacy Continental, but the top management now has changed.

Chairman and CEO Oscar Munoz, who was on the board of directors, replaced Jeff Smisek, who was forced out in a scandal involving the Port of New York and New Jersey, operator of the Newark (NJ) Airport, UAL’s largest hub.

Munoz’ position about fleet acquisition and any loyalty to Boeing isn’t known.

But Scott Kirby’s position clearly is. He’s been a customer of Airbus for years.

Still, new United remained loyal to Boeing up to now. Whether Kirby steers a different course remains to be seen.

Middle of the Market

His first opportunity might come as early as next year. That’s when Boeing may launch the New Mid-range Airplane (NMA) program for the Middle of the Market sector.

Although the MOM airplane concept began life as a Boeing 757 replacement, today the generally accepted specifications are more aligned with a replacement for the Boeing 767-200/300. United still has a large fleet of 757s and 767s. It, along with American and Delta Air Lines, are prime targets for a Boeing NMA.

Airbus, however, appears to be waiting to see what Boeing will do. Its approach to a MOM airplane appears much less clear than Boeing’s.

103 Comments on “Will United’s new president open door for Airbus?”