Oct. 3, 2016, © Leeham Co.: Airbus confirmed Friday the news reports from Bloomberg and Reuters that a major organizational restructuring of the company is underway.

The Wall Street Journal had this report Friday.

As yet, nothing has been reported about the potential retirement of John Leahy, COO-Customers. Leahy turned 66 in August. It’s always been 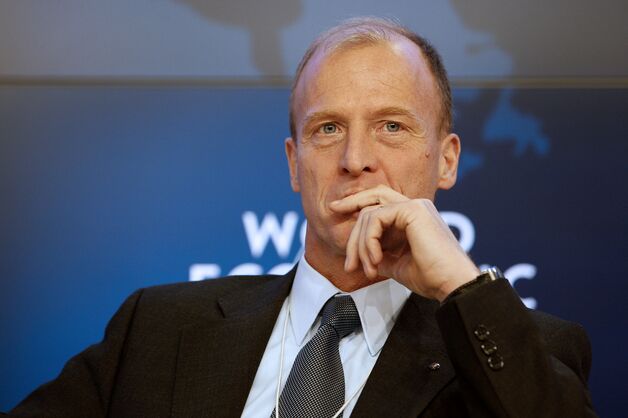 assumed he won’t leave Airbus until he’s carried out feet-first. He enjoys the hunt for new sales and he thrives on the competition “with my friends in Seattle.” Update: I missed this article from Reuters in which his deputy, Kiran Rao, is the likely successor.

But following an appearance as the featured speaker at the September Wings Club meeting, Leahy for the first time publicly waffled about his future. This begs the question, of course, who might succeed Leahy. So far, nothing has leaked about this.

Reaction from the aerospace analyst community so far has been muted, because the full scope of the reorganization hasn’t been disclosed. But Raymond James’ UK analyst, Harry Breach, in a quick note Friday wrote that the reorganization is “A (Positive) restructuring by Any Other Name.”

Breach has a Strong Buy on Airbus. He wrote:

Airbus’ restructuring announced this morning, whilst unquantified, is both an incremental step in the path to normalisation of corporate governance, and a potentially useful cost-saving contribution to offset likely increasing losses on the A380 programme as deliveries decline (we estimate a broad range of €64-645m, depending on the scope of real estate and personnel change). As such, it supports our confidence in Airbus’ earnings outlook and in our Strong Buy recommendation on Airbus Group shares.

Airbus announced that it is to step- up integration by merging its Airbus Commercial Aircraft division into Airbus Group via the creation of a new entity, in order to reduce corporate structures, to simplify governance, to eliminate duplication and to create unspecified other efficiencies. This augments a transformation programme launched in July 2016 that is focused on digitalisation of processes and tools. Mr. Fabrice Brégier, the current CEO of Airbus Commercial Aircraft, is to become the Chief Operating Officer of the group, and President of Airbus Commercial Aircraft. Further details, including any cost savings, were not disclosed, and Airbus stated that these details are now subject to discussions with social partners.

Breach forecasts that eliminating costs will amount to a savings of 0.1% to 1% of equivalent revenue. This equals €64m to €645m.

Breach goes on to note that this will be needed as the A380 program costs increase during the production rate reductions through 2018. Airbus is going to 20/yr next year and 12/yr in 2018. Officials already said rate 12 is a loss-making rate.

The A400M continues to be a financial drain. Airbus also faces customer compensation demands for late deliveries of the A320neo and A350 XWB. Both are bedeviled by supplier issues, the former with Pratt & Whitney engines and the latter with Zodiac interiors. It’s not known on the outside how these compensation issues might be split between Airbus and the suppliers.

Separately, Goldman Sachs issued a long research note Friday unrelated to the reorganization, entitled, “State of the aerospace OE duopoly: The case for Airbus over Boeing.”

Goldman has a Buy on Airbus and a Sell on Boeing. Noah Poponak is the US analyst and Chris Hallam is the UK analyst.

“In our view, today is a rare time where one’s product set (Airbus) is meaningfully stronger that the other’s (Boeing.) We think significant market share shifts could occur, without a pricing response from Boeing. And we think Boeing may need to invest significantly in multiple new aircraft, over time,” Goldman writes.

Airbus leads in the single-aisle market share backlog, with particular strength from its sales lead with the A321neo over the 737-9. Competition between the A330ceo/neo and 787 is about even, with low fuel prices making the cheaper A330 an attractive option to the more expensive 787.

The A380 and 747-8 are niche products, with the latter on its way out and the former just hanging on.

Boeing is a Free Cash Flow (FCF) story these days. Airbus trails, but Goldman predicts its FCF could quadruple. It predicts FCF will fall by 30% at Boeing.

One reason Goldman believes the Airbus FCF will increase is that it thinks Airbus will hike the pricing on the A321neo, given its overwhelming lead over the 737-9. A potential 737-10 “would not change the dynamic too much,” Goldman writes.

Goldman predicts Boeing will launch a Middle of the Market aircraft by the end of the decade, with an entry-into-service date of 2024-25. (LNC believes the launch will come as soon as next year or 2018.) Goldman thinks the A321neo and the A330neo will be sufficient for Airbus to cover the MOM sector, and won’t have to launch a competing new design.

33 Comments on “Pontifications: Reorganization at Airbus”