Oct. 1, 2017, (c) Leeham Co.: Monarch Airlines ceased operations today (Oct. 2 in the UK) when its operating license was withdrawn and an Administrator appointed, the BBC reported. 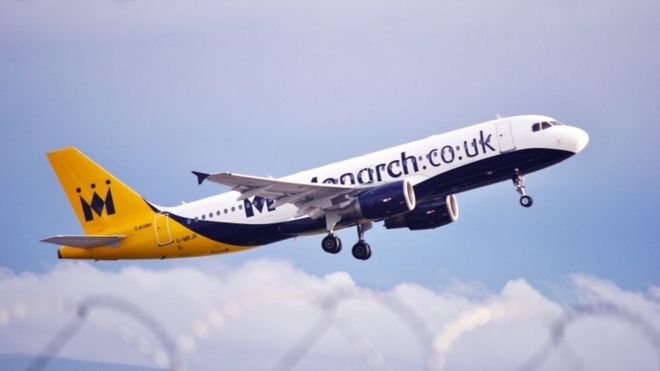 The airline has 32 Boeing 737-8 MAXes on order. It operated a fleet of 34 Airbus A320s/A321s. Principal lessors are AerCap and Aviation Capital Group, according to the Airfinance Journal Fleet Tracker.

Given the current trade war between Boeing and Bombardier, there may be a sigh of relief in Montreal. Boeing beat out Bombardier in winning the MAX 8 order against the CS300 in 2014.

← Pontifications: 49 years ago, the first 747 rolled out
American hopeful Trump Administration will take on Mid-East 3 airlines →