Used A330-200s could be interim solution to NMA

Dec. 11, 2017, © Leeham Co.: Boeing is considering restarting the 767-300ER passenger line as an interim aircraft to the New Midmarket Airplane.

Airbus is pushing the A330-800 or, alternative, new A330-200s are its solution to the upper end of the Middle of the Market sector.

There is another alternative, however: used A330-200s. There is an emerging supply of these as one airline plans a down-sizing and initial 10- to 12-year leases expire in the near future. 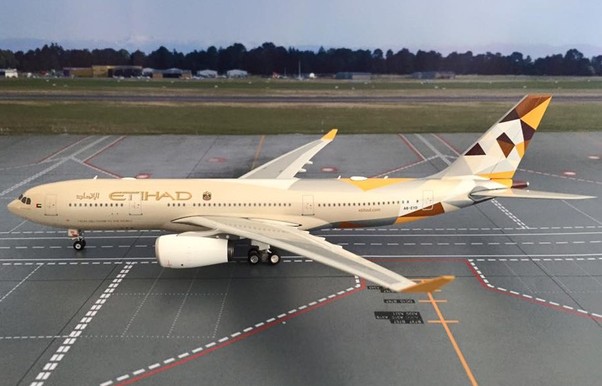 Etihad is planning to dispose of its Airbus A330-200s. These would make a good, potential pick-up by an airline seeking an interim solution while awaiting the New Midrange Aircraft. Photo via Google images.