Sizing up engine market share on the A320 family

While competition between Airbus and Boeing snares nearly all the headlines and all the “sex,” competition for engine orders is less sexy and receives less attention.

Part of this is because of the increasing trend toward sole-sourcing. The Boeing 737 has been sole-sourced by CFM International since the creation of what is now called the Classic series: the 737-300/400/500. Pratt & Whitney believed at the time Boeing was upgrading the 737-200 that airplanes were up-gauging and bet its future on the Boeing 757 size. It was one of the classic corporate blunders of all time.

Shut out of the 737, P&W joined with Rolls-Royce and MTU to build the International Aero Engine V2500 for the Airbus A320 family. IAE came to the table late, giving CFM a solid head start on the program with a variant of the CFM 56 that powers the 737 Classic and later the 737 NG.

IAE trails to this day, but has done a remarkable job of coming from behind. CFM tends to be favored on the A319 and A320 while IAE is the preferred engine on the larger A321. IAE offers more thrust and better economics on the A321 while the CFM has better economics for the smaller Airbuses. CFM’s reliability is legendary and tends to be better than the V2500.

The blog PDXlight has done a marvelous job of dissecting the engine market share of the A320 family for the New Engine Option. We asked PDXlight to do the same exclusively for us for the A320ceo family. The results are below the jump. 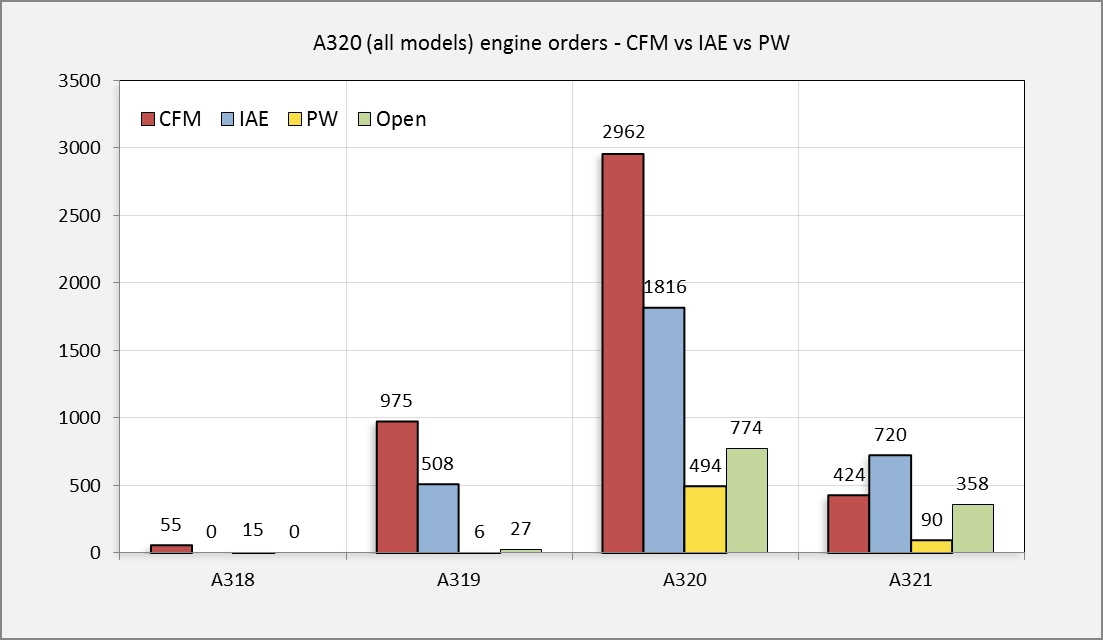 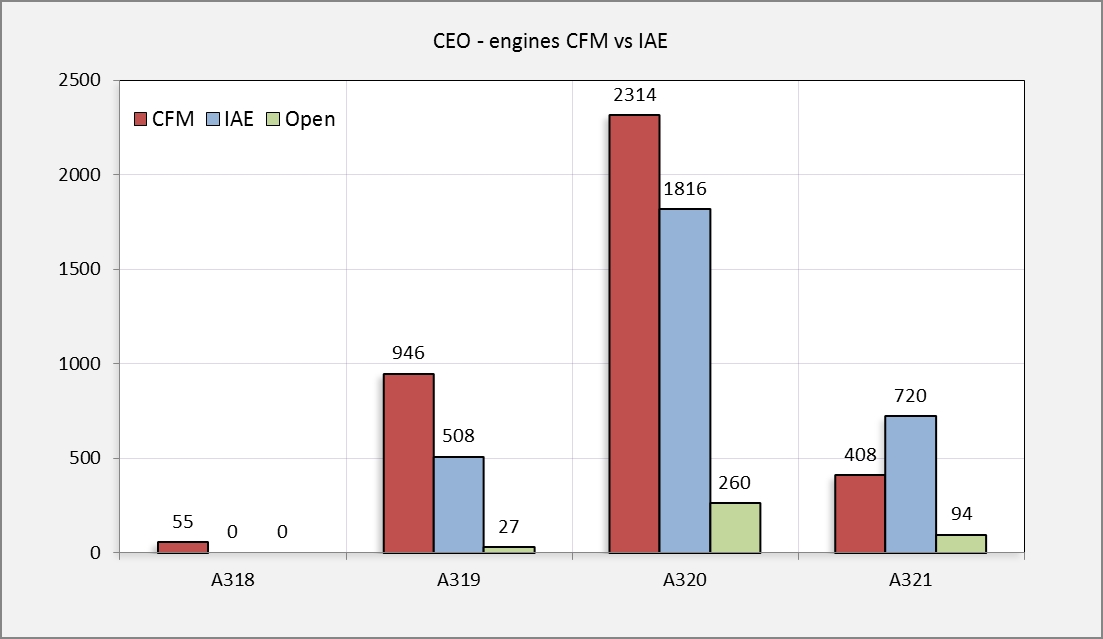 The following chart shows how IAE gained market share vs the CFM 56 to become a significant challenger. 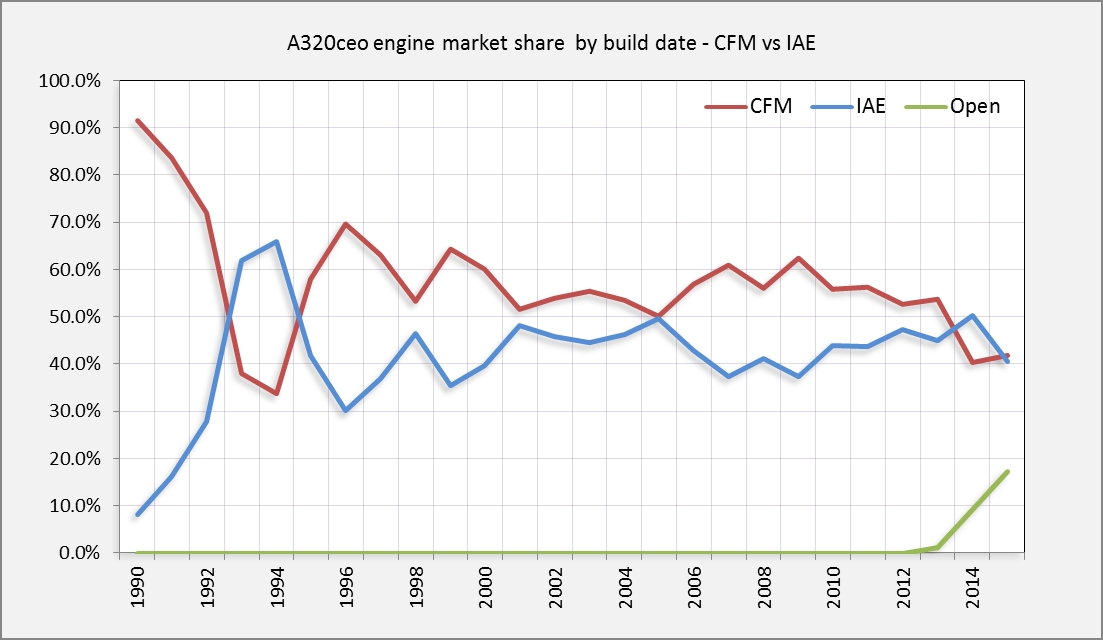 The following chart shows the transition timeline from the A320ceo to the A320neo, both engine types. 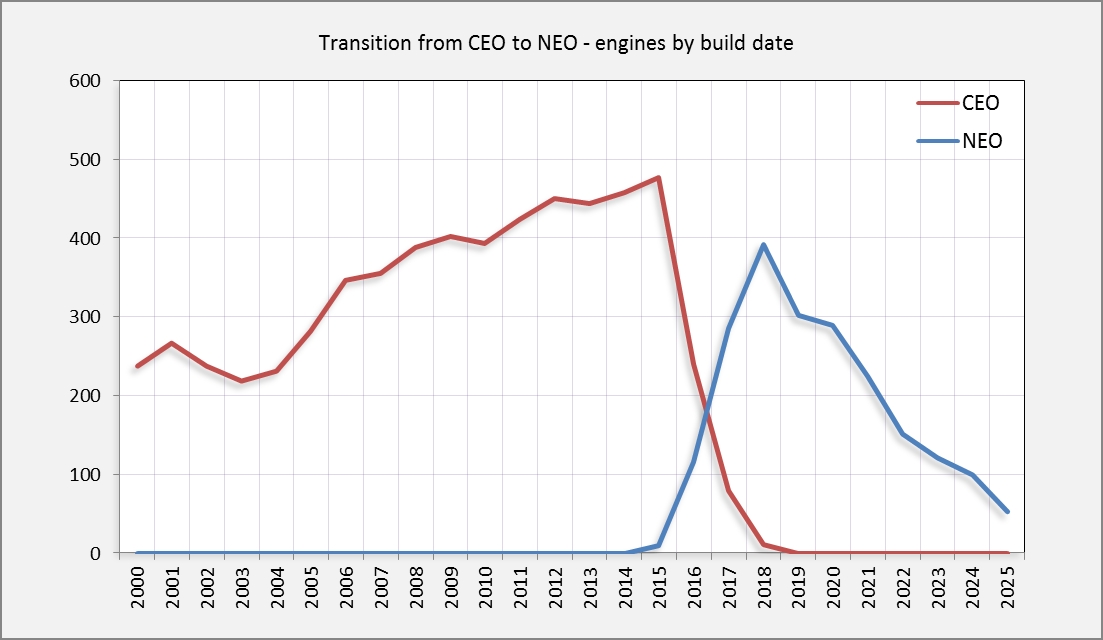 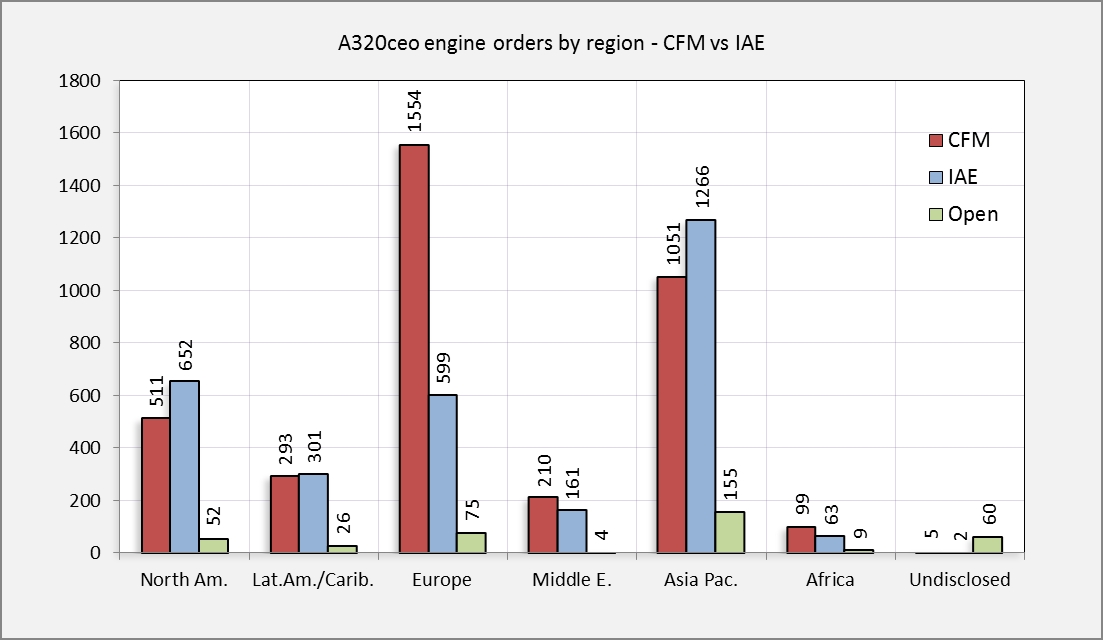 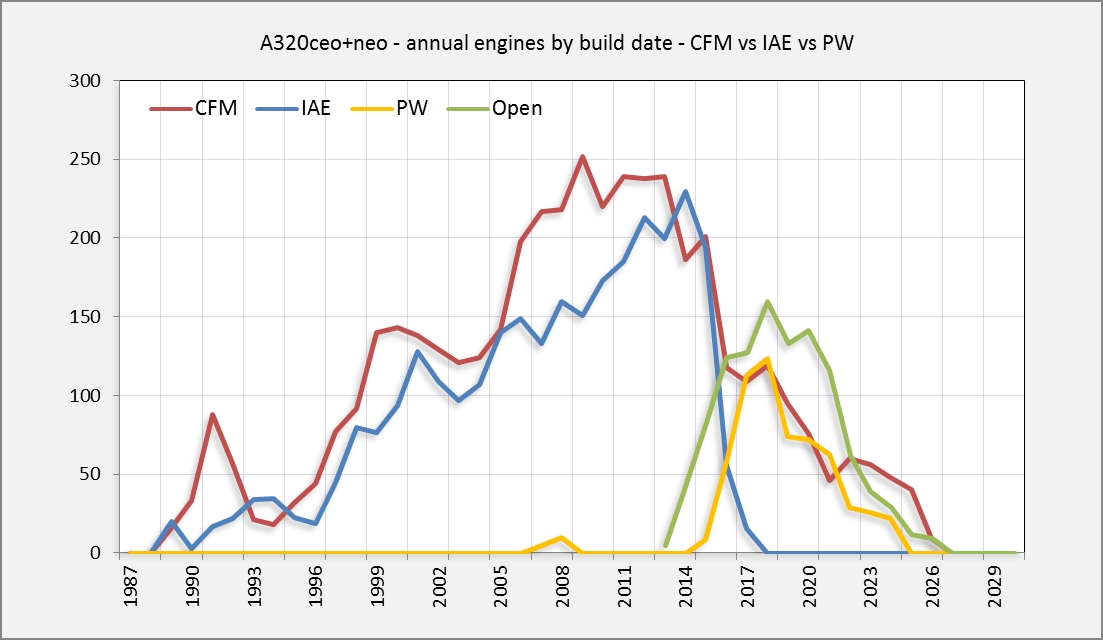 Thanks to PDXLight for this complex analysis.