This is a continuing series of articles derived from LNC’s “retirement” interview with John Leahy, COO-Customers of Airbus. Leahy retires this month.

Jan. 3, 2018, © Leeham Co.: This is the year many expect Boeing to decide whether to launch the New Midmarket Aircraft, also known as NMA or unofficially, the 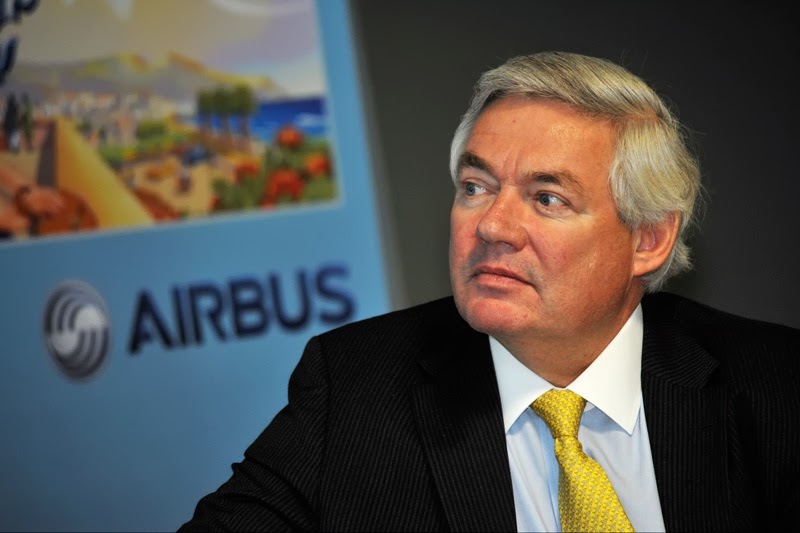 Others, including LNC define the market more broadly.

Regardless, the size of the market is in dispute. Boeing publicly says the market is between 2,000 and 4,000 aircraft over 20 years. At its investors day last September at its 787 Charleston assembly plant, officials told aerospace analysts the market was closer to 4,000.

Pratt & Whitney, Rolls-Royce and Leeham Co. estimate the market at between 2,000 to 2,500. Airbus remained coy about its market forecast, until John Leahy, COO-Customers, spoke with LNC for his “retirement interview” last month.

Airbus sees the demand at about 2,000 airplanes, Leahy said—not enough to justify a new airplane.

‘We have it covered’

Leahy argues, as he has for several years, that Airbus already has the MOM sector covered with the A330-800 and the A321neo.

LNC posted a report on the Airbus strategy for the A330-800 before our interview with Leahy.

The A330-800 “takes the world by storm,” he says, speaking of its potential but not its orders–of which there are virtually none. “It is a MOM. That’s the size of airplane you want. If you want a big single-aisle, it’s the A321LR, or it could even be an A321-Plus at some point in the not too distant future, in 2022, 23, 24, right about the time they’re talking about bringing out a MOM.

“If you bring out an an-new, clean-sheet airplane, you’re taking a market there that is probably 2,000 airplanes. It’s not 4,000, and you’re spending $15bn to develop the airplane. You’ve got to amortize that and every airline is telling you $55m to $75m is all we’re going to pay for this light twin. You’ve got the engine guys telling you the engines are going to be very expensive. The numbers just don’t work.”

Leahy predicts Boeing will reengine the 767. Boeing has studied this option, but LNC doesn’t believe there is enough demand to reengine an airplane with limited market potential for a design that is already 40 years old.

Leading technology for the NSA?

Market intelligence has long suggested the NMA will be the lead technology for the 737 replacement, the NSA or New Small Airplane. Boeing openly boasts it takes technology from one airplane program and “harvests” it to subsequent ones. The wing from the 787 is now in its fourth generation with the 777X, for example.

The NSA would follow by two years the NMA, according to market intelligence. But Leahy is skeptical.

“If I were on their board, I wouldn’t fall for that trick, which is ‘we’re not doing the new single aisle now but we’ll do it later, so let’s lose money now on this middle of the market airplane, but we’ll have the technology for later.’

“I don’t think any reasonable board would go for that,” Leahy said. “I could see how some people in Seattle would dream that. If you were launching a new single aisle at the same time, maybe you could talk about the synergies and say, ‘we’ll really pretend the market is 5,000 or 6,000 and we’ll amortize very little on each unit to keep the price low, because if we’re going to end up using this technology later, that means writing off this money now.’ I don’t think the board will do that.”

(The interview was conducted before word leaked, on Dec. 21, that Boeing and Embraer are in talks about a combination, the nature of which was not revealed. A combination could change the dynamics of the single-aisle replacement strategy.)

Bernstein Research thinks Boeing will abandon the NMA, keeping the basic twin-aisle, ovoid concept but down-sizing the range from 4,500nm-5,000nm to no more than 4,000nm to become the 737 replacement.

Leahy sees the replacements for the 737 and A320 families around 2030 or a couple of years later.

“It’s really the engine technology,” he said. “You’ve got a neo and MAX that are 15%-20% better than the 321ceo. You’re going to have to be 15% to 20% better than [the neo]. That requires real breakthroughs of engine technology. That may be unducted fans, etc. You can’t spend $15bn for an all-new, single-aisle airplane and take today’s technology engines and hang it underneath it. You’ll be 5% better than you are today.”

Leahy said that’s what Airbus looked at with the neo. A clean sheet of paper and an unlimited budget only gave Airbus 5% better on the airframe; the rest came from the engine.

“Boeing is looking at the same number.”

The next new engine is likely to be an unducted fan or a shrouded fan that gives 15% better economics than today’s engines, which when coupled with 5% improvements in the airframe, give the 20% needed to be a “game-changing” airplane, he said.