Dec. 6, 2017, © Leeham Co.: The A330-800 entered the final assembly line last week at the Airbus production plant in Toulouse, France, amid doubts in the industry that the airplane will be produced beyond the prototype. 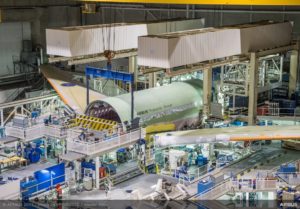 The first A330-800 is on the Final Assembly Line at Airbus. Source: Airbus.

There is only one order for the sub-type, six from Hawaiian Airlines—and Hawaiian is expected to cancel the order. The airline is running a competition between the Airbus A350-900 and the Boeing 787-8/9, according to market intelligence.

Hawaiian’s outgoing CEO, Mark Dunkerley, is known to prefer a smaller-capacity airplane in the size of the A330-800 or Boeing 787-8. Hawaiian had been one of the few customers for the A350-800, but was persuaded by Airbus to switch to the similarly-sized, but slightly shorter range, A330-800 when Airbus sought to de-risk the A350 program, reduce development costs and concentrate on the more profitable A350-900/1000 models.

The A330-800 is an orphan airplane today, a status that is making it hard to sell. One major airline to which Airbus is making a pitch says it isn’t interested because it doesn’t want an orphan. Airbus counters that if this carrier ordered the airplane, it will make a market for it, market intelligence indicates. So far, the pitch is no sale.

Crawford Hamilton, head of A330 product marketing, acknowledges the demand is slow for the -800 today, in part because of low fuel prices but principally because the in-service A330-200 fleet’s average age is less than 10 years old. (There is no relation between Hamilton and this writer.)

“We have 95 operators [of the A330],” Hamilton says, “so that’s lot of opportunities. We would concur they don’t want an orphan aircraft,” he says of the major airline that expressed concerns. “We have a lot of [potential sales] activity on -800. If things go well, we won’t have an orphan aircraft.

Hamilton sees good LCC market potential—”we know where our customer base is—” and he believes the A330-800 is the right size for it. 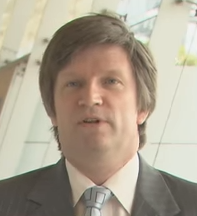 “The great thing is the adaptability and flexibility. European charter guys like this and have been doing this for years. It has a very good seat count advantage against the [Boeing] 787-8, up to 30 more seats. This is a massive amount of revenue you can get on the upside.”

The -800 would be configured at nine abreast to achieve this capacity.

Airbus argues that the -800 covers the top of the Middle of the Market and with the A321neo, covers this sector. Boeing continues to study a new airplane but is not close to launching the program. LNC’s analysis of the Boeing NMA gives it a significant economic advantage over the -800, but the latter is available now. The entry-into-service date of the Boeing NMA, if launched next year or in early 2019, is a moving target.

Boeing officials continue to publicly say EIS is targeted for 2024-2025 but LNC revealed Monday that Boeing is now telling suppliers and the customer base 2027 seems more likely.

“[The NMA] is possible competition in the future,” he says. “There is a value of time. How long are people going to wait for it?

“There are about 1,600 airplanes flying [in the MOM sector],” Hamilton says. “We have 95 operators for 330-200. The problem is the fleet is really, really, young.  The average age is only nine years. There aren’t that many aircraft to replace today. These start to kick in beyond 2020. It would have been silly for us to develop the A330-900 and wait three or four years to develop the 800.

If airlines must wait 6-7 years, or worse, nine, for the Boeing NMA, what does Boeing do in the meantime?

It’s now been confirmed Boeing is studying whether to relaunch the 767-300ER passenger model as an interim airplane, principally for American and United airlines but possibly others.

Hamilton sees plenty of challenges for Boeing to restart the line.

“It’s going to be difficult; it’s a 30-year old aircraft and an interim solution,” he says. “You have to get seating standards up to 2025. What happens if the fuel price goes up? “You haven’t had a cabin in production for three years now and it will be another 2-3 before delivery.” The passenger service unit (PSU) and in-flight entertainment equipment are of old design. Even overhead bins are, by today’s standards, antiquated.

Boeing’s plan is to produce about one 787-8 per month from 2020, the supply chain tells LNC, preferring to concentrate on the more profitable 787-9/10, which also have 95% commonality between the types vs about 50% between the -8 and its larger brethren.

With an amortized production line, the A330-800 can be sold at the prices needed to make long-range LCC work.