Download
Subscription Required By Vincent Valery Introduction   Feb. 3, 2020, © Leeham News: As part of the 777X maiden flight, Boeing briefed the media on its demand forecast for the large widebody market. The OEM sees a demand to replace between 60 and 100 aircraft annually in that market segment until 2030. Last week we estimated the number of narrowbody aircraft where airlines still need to place a replacement order. We now perform a similar analysis for the widebody market. OEMs are struggling to cope with the insatiable demand for latest-generation narrowbody aircraft. However, the situation is different in the widebody market. After significant orders and deliveries during most of the last decade, demand is sharply slowing now. After announcing a 787 Dreamliner production rate cut last year from 14 to 12 per month, Boeing acknowledged it is expecting a further cut to 10 per month from early 2021. The company expects to return to rate 12 in 2023. 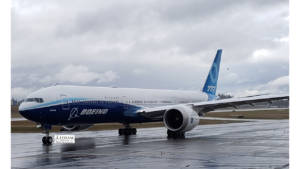 Airbus hasn’t announced any reduction in its A330neo or A350 production rates yet but acknowledged demand softness. Both OEMs point to the significant widebody replacement needs that will arise later in the decade. We will analyze whether their hope for better days is justified. We will also partially address why Boeing decided to go back to the drawing board on new aircraft design.