While we’re in the slow-news Holidays, we thought we’d have some irreverent fun. There have been many attempts at building airliners. There are the obvious successes but there have been many, many failures. Starting with the end of World War II, we’ve collected the following for our nominees for duds–sales or technological failures. We invite readers to make their own nominations. If you have photos, add them to your Comments.

This list is in no particular order. Next week we’ll construct a poll to see how the airplanes rank.

We can’t help but like this ungainly airplane. The Stratocuiser was Boeing’s effort to maintain a presence in the commercial airplane sector. A derivative of the B-29/B-50 bombers, it was ugly, expensive to operate and its engines were notoriously temperamental. But passengers loved it for its roominess and lower deck lounge. Only 55 airliners were built, but 888 cargo and tanker versions were sold. 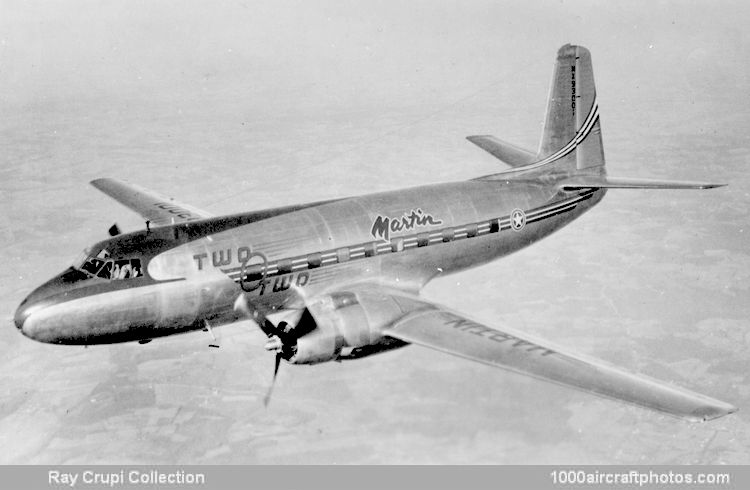 The Martin 202 competed with the successful Convair 240. Using a new metal alloy to save weight, it proved prone to metal fatigue. Northwest Airlines lost a 202 when the wing failed. Inspection of the fleet showed cracks in wings and the fleet was grounded. The event caused Martin to cancel outright its 303 program (United Airlines ordered this version). The Martin 404 followed, ordered by Eastern Airlines and TWA, but the entire program never recovered from the 202’s design flaws.

If the Boeing Stratocruiser was ungainly, the Budd Conestoga was downright ugly. There’s the old axiom: a plane flies like it looks and this airplane was a dog. The Flying Tiger Line operated the aircraft.

The Canadair DC-4 M2 is a Douglas DC-4 with some DC-6 features and powered by Rolls-Royce Merlin engines from WW II Lancaster bomber fame. Built by Canadair under license from Douglas, the airplane was also known as the Argonaut. Trans Canada and BOAC were among the few carriers to fly the airplane. It was noisy and not especially economical.

The Bristol Britannia was Britain’s attempt to be a player in the postwar airliner market. Designed to compete with the Douglas and Lockheed long-range families, the Britannia originally had piston engines. This was changed to turbo-props, which proved troublesome and prone to icing. By the time the technical issues were sorted out, the Britannia was years late and entered service on the cusp of the jet age. BOAC and El Al were among prime operators. US carrier Capital Airlines ordered a few but deteriorating finances led to cancellation. The Britannia evolved into the Canadair CL-44 swing-tail cargo airplane, a designed favored by Flying Tiger, Seaboard World and Airlift. Loftleider operated a passenger version. Overall sales of the Britannia and CL-44 didn’t match the Douglas and Lockheed pistons or even the Lockheed Electra.

This is another plane we really like. The Lockheed Electra propjet was ill-timed, entering service just a few months after the Boeing 707 and the start of the jet age. It was considered a pilot’s airplane: over-powered, with great flying characteristics. But a design flaw called whirl mode caused wings to come off two airplanes, including a Braniff Airlines model, in level flight, killing all aboard. Lockheed lost millions on the Electra but recovered its investment with the Electra-based P-3 Orion, which is now being replaced by the Boeing 737-based P-8 Poseidon. The P-3 entered service with the US Navy in 1962. That the aircraft is still in service today is a testament to the fundamental soundness of the design.

The de Havilland Comet pioneered jet transport flights, but a design flaw led to metal fatigue and destroyed at least two airplanes in flight, killing all aboard. The fleet was grounded while de Havilland redesigned the aircraft. US manufacturers learned from the de Havilland experience. By the time the Comet was redesigned and entered service in October 1958, the Boeing 707 was ready a few weeks later with a much better design. Douglas’ DC-8 followed and the Comet lost its chance to lead Britain into a real player in the jet age. Convair produced the successful short-haul CV-240/340/440 piston family and thought it could be successful by designing a medium-range jetliner. The Convair 880 was the result. Only 65 were built. Hampered by a 2×3 seating configuration to the 707 and DC-8 3×3 and using GE engines derived from military engines that proved to be very thirsty and smokey, the CV-880 was simply unattractive to airlines. A launch customer was Howard Hughes of TWA, whose financial troubles caused him to interfere with Convair’s production so he wouldn’t default on purchases.

American Airlines asked Convair for a design that would be the fastest airliner in service, at a time when speed mattered to passengers. The CV-990 was the result. But the airplane failed to live up to speed and range promises. Convair had to redesign the airplane–those bumps on the wings are the result–and it was late into service, expensive to operate and airlines shunned the aircraft. Only 37 were built. Convair lost about $250m on the 880/990 program, up to then the largest corporate loss in US history. Convair never built another airliner, though it became a major contractor.

There was absolutely no reason to build this airplane, a Boeing 737-look alike with the same engines. Only 10 were built, making it one of France’s dumbest aviation moves. The Fokker-VFW 614 was designed as a short-range feeder jet. It was expensive for regional airlines to buy and it’s another one of those flies-as-it-looks designs. Only three airlines operated the few that were built. Designed by de Havilland, which merged into Hawker Siddeley, the DH121 Trident had promise as the first tri-jet airplane. British European Airlines “downsized” the airplane, a big mistake for the program. Only 117 were built. Boeing’s larger tri-jet, the 727, saw more than 1,800 sold–up to then, the best-selling jetliner.

These poor-selling airplanes are good technologically but as niche aircraft haven’t sold sell, fewer than 100:

And then there is the AVIC/COMAC ARJ21, a technologically troubled aircraft due to China’s first serious effort to learn how to be a jetliner producer.