Feb. 3, 2015: Boeing out-delivered Airbus in 2014, for the second year in a row, as the 787 program improved in delivery rates and before the A350 made its first delivery in December.

commercial airplane manufacturer. By the delivery metric, Boeing is. By orders, Airbus came in first again, maintaining a decade-long lead.

The A350 ramps up its production this year even as the A330ceo rate begins to come down at the end of the year and further next year. Boeing vows to maintain the current production rate of the 777 Classic at 100/yr. The 747-8 rate is declining. And both companies are ramping up rates of the single-aisle airplanes. 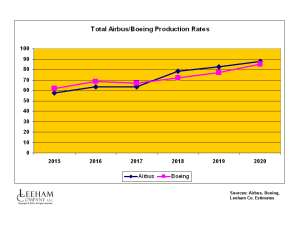 Figure 1. We expect Airbus to surpass Boeing in production rates in 2018, based in a number of assumptions. This chart is per-month, total production of all A-Series and 7-Series commercial airplanes, and excluding the A400M and KC-46A. Click on image to enlarge into a crisp view.

We expect Boeing to maintain the lead in production and deliveries through 2017, but relinquish this lead in 2018. (Figure 1.) There are several key assumptions, any one of which could upset the forecast:

These are a lot of assumptions, to be sure.

By 2020, Airbus and Boeing are forecast to be producing at about equal rates. (Figure 1.) 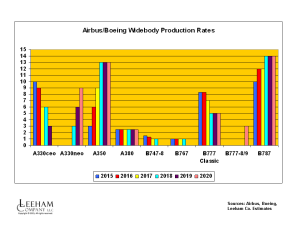 Figure 5. Click on image to enlarge into a crisp view.

The single-aisle sector has, by far, the most airplanes ordered and in backlog. The wide-body sector has high value, and Airbus and Boeing continue to argue each dominates this sector. In 2014, Boeing crushed Airbus in orders. There were, however, two unusual events: Airbus saw 70 A350s canceled by Emirate Airlines, which is going to re-run the competition this again in a bake-off against the Boeing 787-9/10 and the A350-900/1000; and Boeing firmed up 200+ orders for the 777X, most of which were announced at the Dubai Air Show in 2013. Even so, Airbus says that since the launch of the Boeing 787 in 2003, Airbus has captured 50% of the wide-body sales.

We expect this to be a normalized year, so orders for wide-bodies should be more competitive. Key to watch will be sales for the A330ceo and the 777 Classic. These will drive production rates. (Figure 5.)

Airbus and Boeing remain the proverbial elephants in the room. The new entrants into the single aisle sectors in which Airbus and Boeing compete–125-220 seats–are Bombardier with the CS300; COMAC with the C919; and Irkut with the MC-21. Bombardier is in a management disarray which, along with other factors, is slowing sales of the CS300. COMAC is already running at least two years late (to 2018) for the C919 and possibly as much as four years late. Irkut claims it is on track for a 2018 EIS of the MC-21. This remains to be seen and, in any event, the Russian geopolitical status casts a cloud over market viability of the MC-21 even if it is competitive to the A320/321neo and 737-8/9 MAX.

Bombardier’s ramp up for the combined CS100/300 is planned for 2/4/6/8/10 per month per year. Whether program sales support this ramp up is now unclear.

COMAC and Irkut each project rates of 5/mo, but we don’t see these until the 2020 decade now, if all goes well.