There have been large changes in the airline industry for the last 30 years for the premium classes of flight: 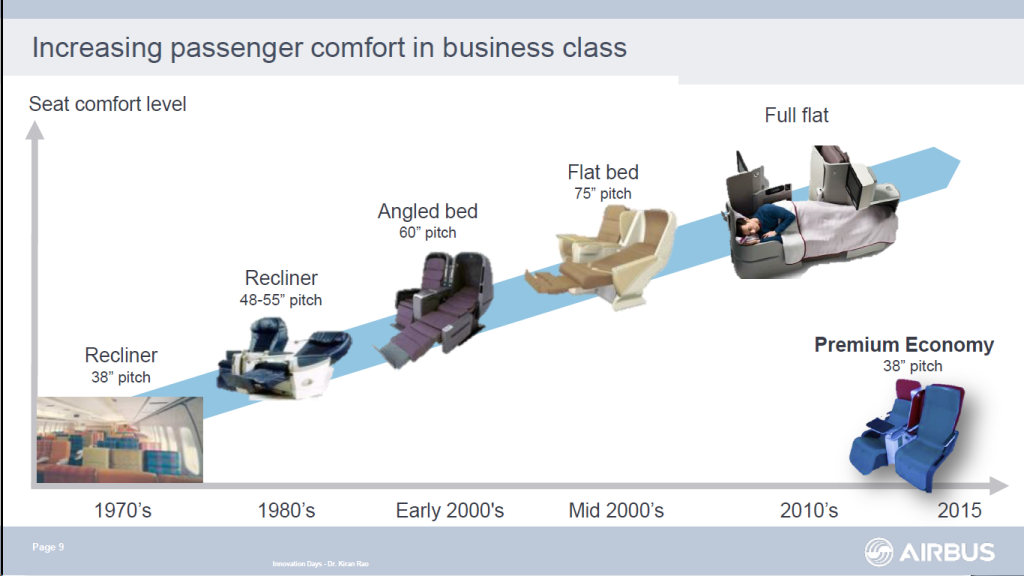 But business travel is not an expanding market:

The growing middle class of emerging countries is the real expanding market:

It is therefore time to do something about the huge passenger market travelling at economy rates: 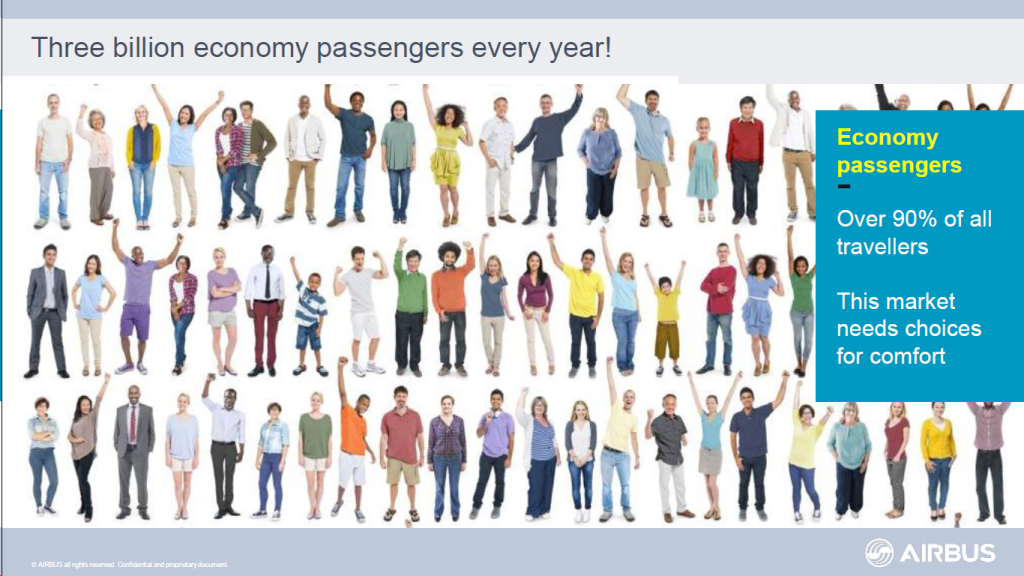 This large market is not homogeneous: 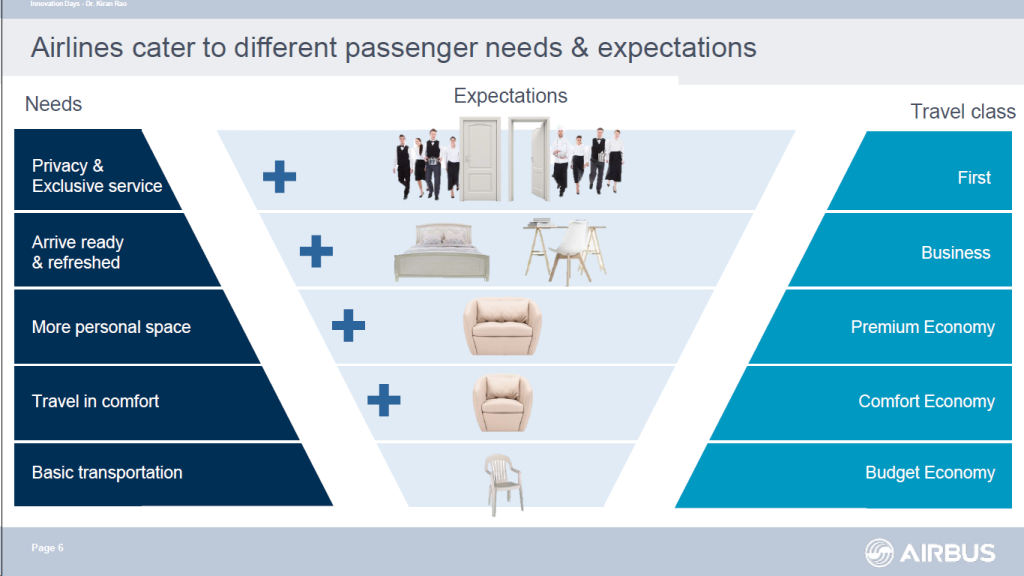 This results is a more and more segmented offering in economy class: 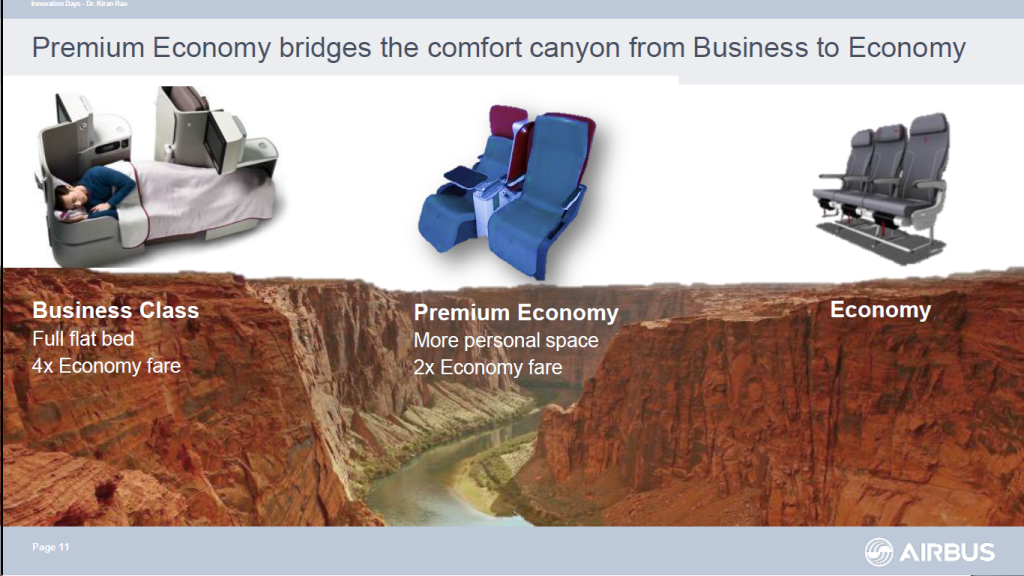 Premium economy will be more and more standard for a mark up fee to economy and a stripped economy offering, basic economy (Web booking, buy drinks, food…) will also be offered.

Airbus CEO Fabrice Bregier finished the day by saying that what the audience is seeing is a changing Airbus. The large developments are now behind Airbus and the next decade will see smaller incremental improvement programs. He said that it is to early to say when an A380neo will be part of this incremental process but he was convinced it will happen one day.