Bombardier’s crisis of confidence perhaps the biggest challenge for CSeries

Feb. 18, 2015, c. Leeham Co.: Alain Bellemare, Bombardier’s new president and chief executive officer, has his work cut out for him. 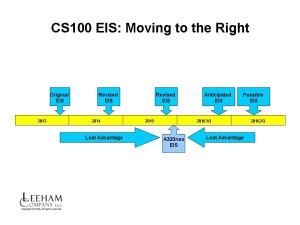 Figure 1. The CSeries was supposed to enter service in late 2013, two full years ahead of the Airbus A320neo. This market advantage has been lost with repeated delays. BBD is sticking to its public statement that EIS is now the second half of this year (most put EIS in the fourth quarter), but there is growing belief EIS will slip to the first or even the second quarter of next year--after the A320neo EIS. Source: Bombardier, Airbus, Leeham Co. Click on image to enlarge into a crisp view.

We outlined the corporate and market perception challenges ahead of him in our Feb. 13 post. Investor and media reception to the CEO leadership change was mixed. Although Bellemare's appointment was seen as a positive, stock traded down and Bombardier took a pounding in the press (see some reaction at the bottom of this post).

He also has challenges with a changing market place, driven by two years worth of delays in the CSeries program and exacerbated by a changing global political environment.