CSeries timeline: Bombardier last week announced a third delay in the CSeries program, this time for as much as a year.

This probably should have been expected. BBD originally planned a five year period between program launch and entry-into-service. As we saw with the Boeing 787, launched with a four year timeline, even five years was too ambitious. 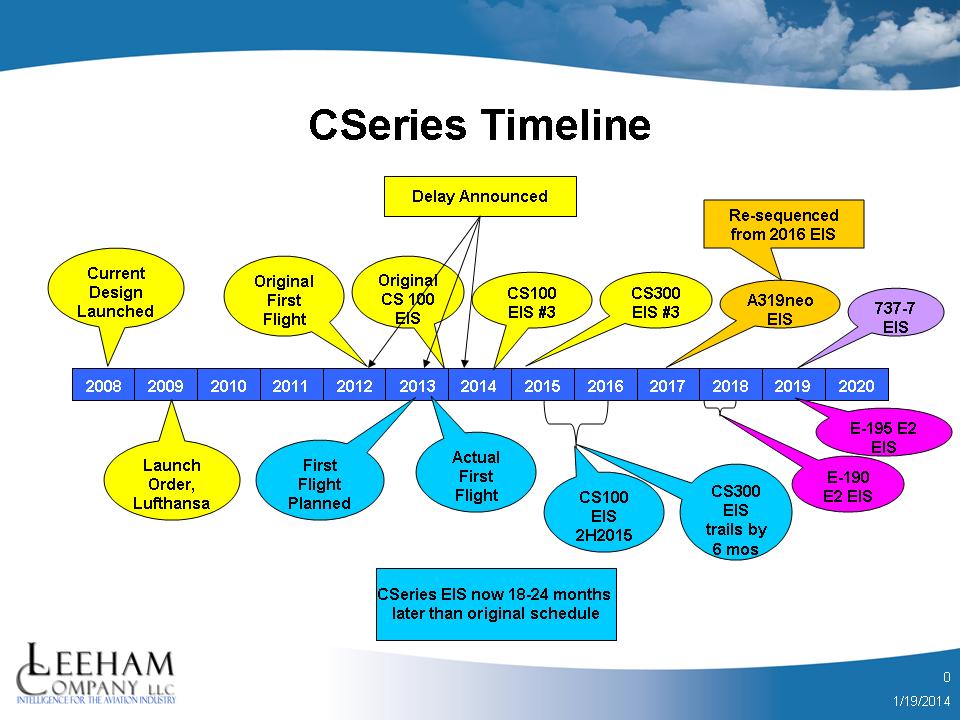 The EIS period for the 787 turned out to be the standard seven years, almost eight–and even then, the EIS was anything but smooth.

Airbus’ launch-to-EIS for the final A350 version is somewhat more than eight years. Even though BBD is a sub-contractor on the 787 program and said it benefited from lessons learned, it’s clear officials were far too ambitious.

KC-46A roll-out: Boeing’s first tanker for the USAF based on the 767-200ER will roll out this summer. The Everett Herald has this story. The airplane is a somewhat revised 767-200ER called the 767-2C. In addition to upgrades with the airframe, the Pratt & Whitney PW4000 engines will have upgrades which improve fuel consumption.